Three stages of the Tour 2022, and three stages that Wout Van Aert finishes in second place. The current yellow jersey hopes to finally open its counter of victories on the Grand Loop. Because if the yellow jersey... 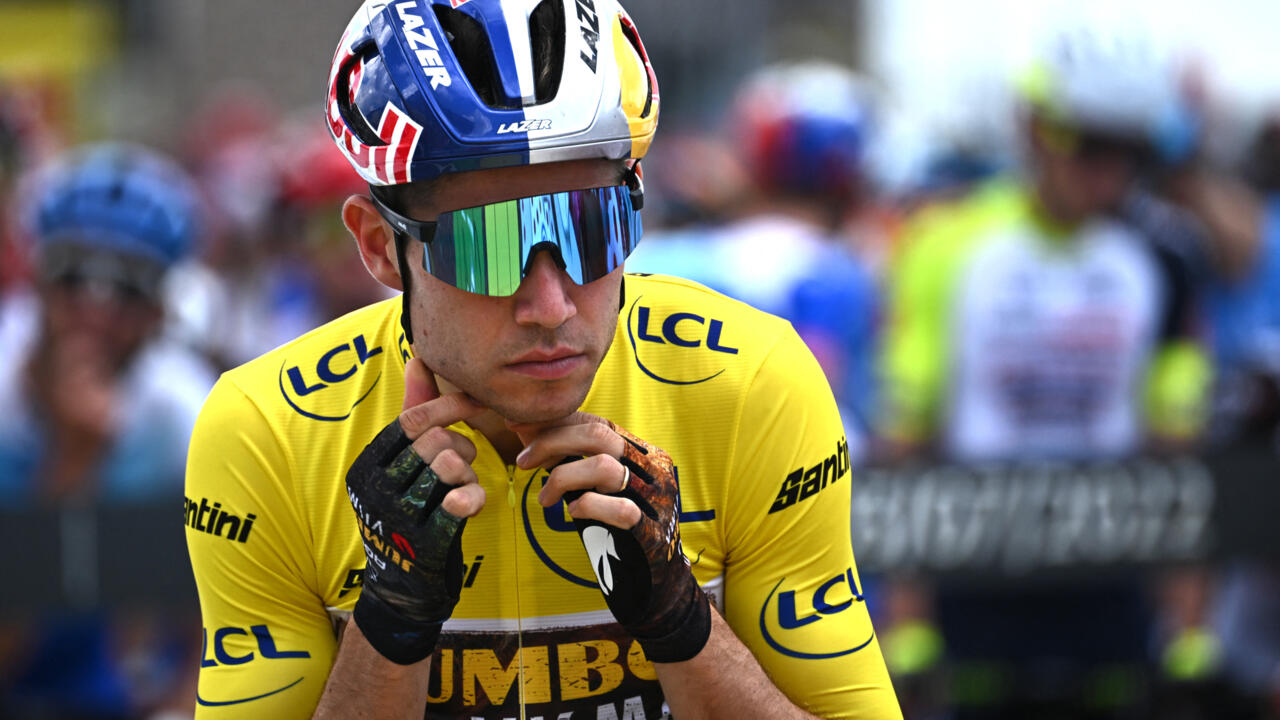 The performance is incongruous and is one of those records that can only be equaled or beaten by chance.

By finishing second for the third time in as many stages of the Tour de France on Sunday July 3, Wout Van Aert is only the second rider in the history of the Grande Boucle to finish the first three stages in second place in the podium, 82 years after the legendary Italian Alfredo Binda, five-time winner of the Tour of Italy in the 1920s.

A little too used to this place of dolphin, the Belgian of the Jumbo-Visma remains a good player in all circumstances.

On Friday, he came to the defense of his compatriot Yves Lampaert who stole first place from him in the inaugural time trial, which some attributed to luck and changing weather conditions.

After the second stage, he had philosophized by comparing himself to Raymond Poulidor, the French legend and also eternal second on the Tour.

After the third stage, he only blamed himself, blaming himself for not having followed his teammate, the Frenchman Christophe Laporte, who took him to an armchair.

A versatile and loyal teammate

The fact remains that after three stages, Wout Van Aert could at least be satisfied with wearing the yellow jersey of the Tour de France for the first time and leading in the points classification, the green jersey being his real objective this year.

He wants to win.

“I have the yellow jersey and the green jersey, of course, he explained Sunday evening after the third stage, but without a victory, I have the opposite feelings.

It's no longer funny, three times second in three days, it must be a record…”

Seeing the yellow jersey on the shoulders of someone other than its leader would be a headache for most cycling teams.

Not for the Jumbo-Visma and especially not for Wout Van Aert, who has demonstrated since his arrival in 2019 an impeccable team spirit, able to put his personal ambitions aside to be at the service of his leaders, in this case Primoz Roglic.

>> To read also: Tour de France: the insolent superiority of the Jumbo-Visma and their "total cycling"

Moreover, a comparable situation has already arisen twice this year.

During the Paris-Nice and the Dauphiné criterium, Wout Van Aert had worn the leader's yellow tunic in the first stages before wisely returning it to Primoz Roglic when the slopes rose, the Belgian becoming a bodyguard for the Slovenian ready to "go to the plank" for him.

In both cases, Primoz Roglic won the event while Wout Van Aert won the green jersey.

The Jumbo-Visma dreams that the scenario will repeat itself on July 24 at the end of the Grande Boucle.

"We will continue to try to combine our two objectives," assured the Belgian on Sunday.

"I started well for the green jersey and overall we stayed safe in Denmark. Jonas [Vingegard] and Primoz [Roglic] look really strong."

It is moreover this impeccable state of mind which undoubtedly decided the Jumbo-VIsma to authorize him to hunt the green jersey after three years when the team was entirely built around the conquest of a final victory of Primoz Roglic.

The Tour 2021 has undoubtedly weighed in the balance.

After the abandonment of Roglic due to a fall, Wout Van Aert, released from his obligations, shone and on all terrains.

He showed off his versatility by signing an improbable hat-trick of stages: in a time trial, on the double ascent of Mont Ventoux and in a massive sprint on the Champs-Élysées.

Class struggle in the undergrowth

Qualities of rider-puncher-sprinter developed far from the asphalt, Wout Van Aert being at the start a cyclo-cross racer.

A school that allowed him to develop his agility on the bike, his explosiveness and his strength.

So many skills that now allow him to shine on the road.

A clash of cultures between the teenager who started on a mountain bike offered for his communion and a competitor from the nobility of cycling: “It was on a cyclo-cross in the Netherlands.

I did not come from a family of cyclists, my parents did not follow any of the races in the region when I was younger.

I had landed there with only a low-end mountain bike, I knew nothing about this sport, the equipment, the way of running in competition.

But Mathieu was there with his father, a bike and carbon wheels.

There was even the motorhome to accompany him, it was such a big difference compared to me”, he recalls in the Team.

The two will write together the most beautiful pages in the recent history of cyclo-cross and bring light to a discipline that has fallen into disuse.

By dint of confronting each other, the two men have developed a mutual respect, if not a friendship.

The passage to the road is done naturally.

He started with Veranda's Willems in 2018 and collected places of honor in the classics campaign: 3rd in the Strade Bianche, 9th in the Tour of Flanders and 13th in Paris-Roubaix.

He catches the eye of the Jumbo-Visma and breaks his contract to join the World Tour, the highest division.

He participated in his first Tour de France in stride and won in the sprint during the 10th stage between Saint-Flour and Albi.

But a violent fall in the barriers four days later forced him to interrupt his season.

His career is even in danger, especially after a surgical error.

But the runner manages to come back, working with a psychologist to overcome the trauma.

He resumes with fanfare.

In a redesigned season calendar due to the Covid-19 pandemic, he won the Strade Bianche in quick succession, then his first Monument Milan-San Remo.

At the Tour de France, he won the fifth and seventh stages.

And with Mathieu van der Poel, also on the road, the passes of arms multiply on the asphalt... but also in the undergrowth since the two men choose to spend the winter competing in their favorite discipline, an incongruity in the peloton.

In Belgium, a country where cycling is a religion, Wout Van Aert is no exception.

The multiplication of its second places in the major events lends itself to criticism.

During the 2021 world championships, when he was hoping for a historic double by winning the time trial and the road race, he is double vice-champion.

In Tokyo, almost a year later, he still had to settle for the silver medal in the road race.

Then, during the world championships at home, he was again vice-champion in time trial and disappointed with an 11th place in the road race.

The list of podiums is growing in 2022. Announced as a favorite on the Spring Monuments, he finished “only” 8th in Milan-San Remo, 2nd in Paris-Roubaix and 3rd in Liège-Bastogne-Liège.

The Covid forced him to give up the Tour of Flanders.

The disappointment is there but at 27, Wout Van Aert already has a more than enviable track record: in addition to the Milan-San Remo Monument, he has some of the most beautiful classics in his bag: E3 GP, Ghent- Wevelgem, Strade Bianche, and six stages of the Tour de France.

"When you finish second, there's always a reason. Sometimes it's because of yourself, sometimes it's only because you are beaten by stronger. Today I was beaten by stronger strong. In the history of cycling, there are many champions who have often finished second. I end up saying that it is better to finish second than nowhere", he philosophized at the end of the second stage of the Tour 2022.

A philosophy which should not prevent him from playing for the win during the next three stages, cut for his qualities.