Sweden against the Netherlands in the European Championship premiere in Sheffield on Saturday. Hopefully all Swedish supporters will be there. - There are many who are worried and do not really know, says Camp Sweden's chairman Susanne Wänberg Petersson due to the SAS strike. 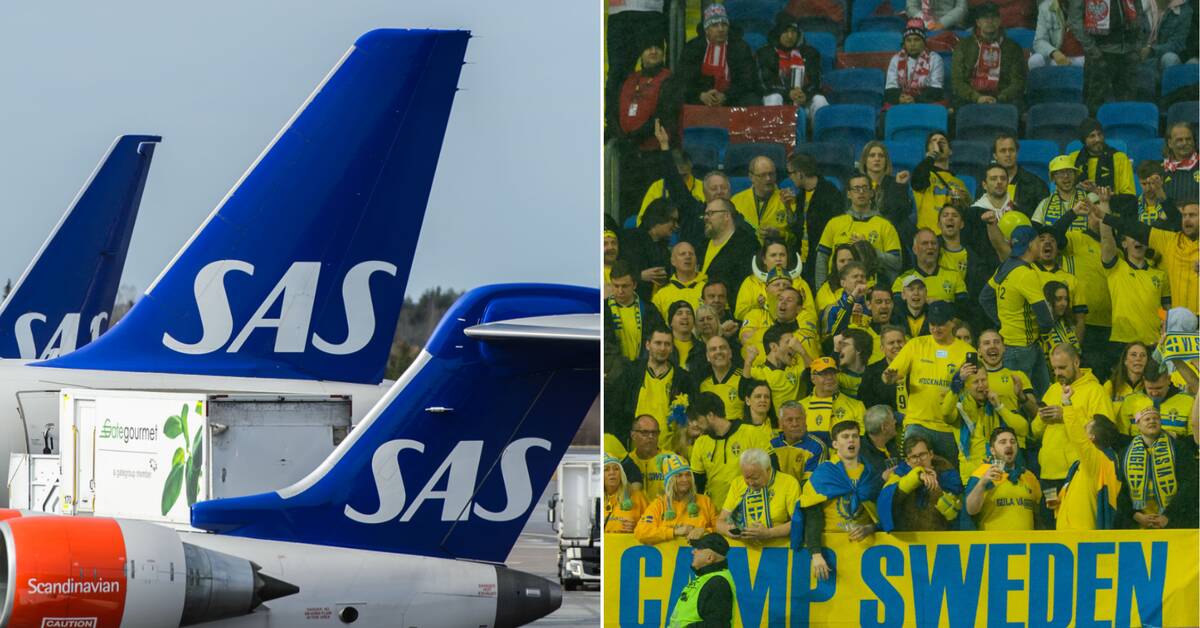 According to the airline SAS, 30,000 passengers are affected daily by the ongoing pilot strike.

With only days left until Sweden's European Championship premiere against the Netherlands in England, there are now several blue and yellow supporters who do not really know what to expect.

About 2,500 tickets have been bought by Swedes in various ways for the premiere, which will be played at Bramall Lane in Sheffield on Saturday.

- What we have seen is that the flights that go to Manchester on Thursday are flown by another organization and the information we have received is that it does not affect.

But it is clear, there are many who are worried and do not really know, but we keep our fingers crossed that there are not so many affected, says Susanne Wänberg Petersson, chairman of the supporter organization Camp Sweden, to TT.

- The concern is that there will be late announcements because there will be more and more flights that will be canceled the longer it takes.

It's a little sad that it's crushed by such a feeling before.

Wänberg Petersson says that Thursday and Friday are the big travel days.

- I know that SAS has flights from Stockholm to Manchester every day, it is the flight that most fans travel with.

CLIP: Lindahl on the favorite "Statistics speak their clear language"