Paris Saint-Germain is holding its new coach: at the end of an interminable soap opera concluded by the departure of Argentinian Mauricio Pochettino, PSG inducted Christophe Galtier on Tuesday, who… 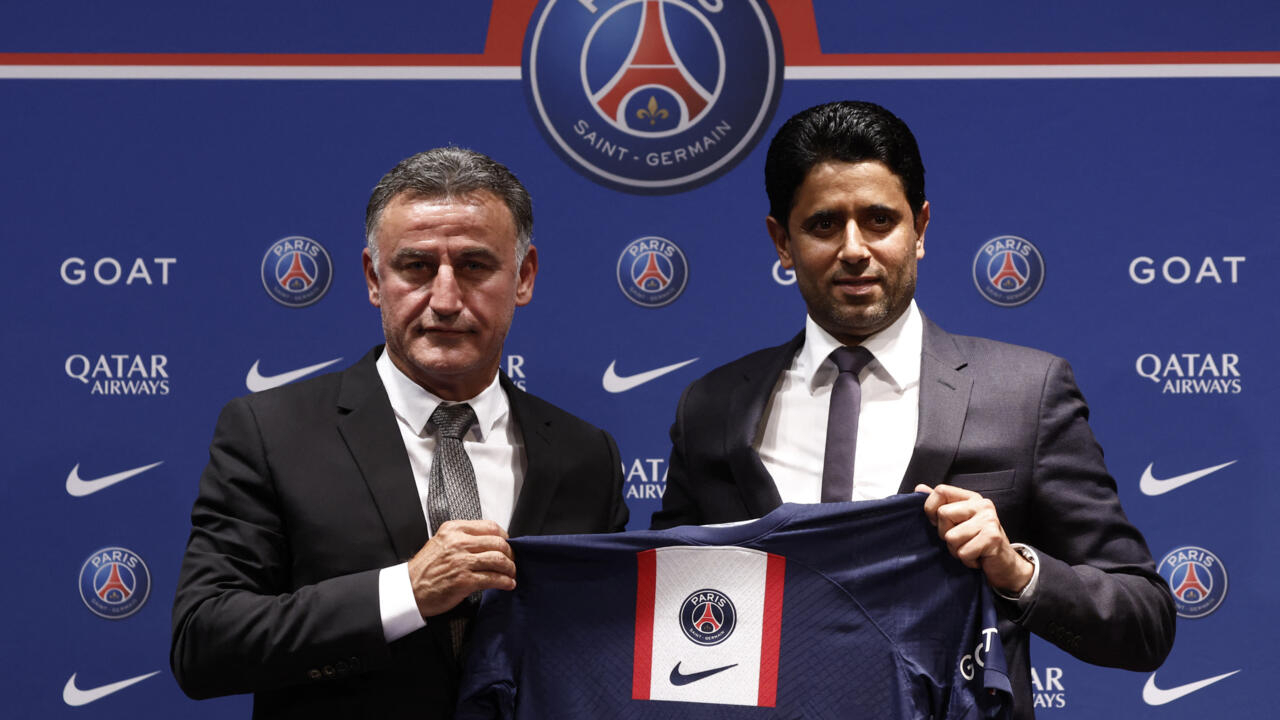 Paris Saint-Germain has its new coach: at the end of an interminable soap opera concluded by the departure of the Argentinian Mauricio Pochettino, PSG inducted Christophe Galtier on Tuesday, who said he was "capable" of taking up the challenge, with an obvious, absolute, priority objective, the Champions League.

The negotiation to oust "Poche", who was under contract until 2023, ended up being successful and the club gave him a laconic farewell on Tuesday at midday on its website, just before a press conference which formalized the appointment of Galtier on Tuesday at the start of the afternoon.

The Frenchman (55), who according to a source familiar with the case has signed up for two seasons with the French champion, appeared before the press wearing a dark suit and a gray tie at the Parc des Princes, just before a first scheduled training session on Tuesday afternoon.

I measure very precisely the responsibility given to me, to ensure that PSG have a great season.

I prepared for it.

If I have accepted these responsibilities, it is because I am capable of it

Galtier is for the Parisian club the symbol of a new approach, less "bling-bling", even if the former coach of OGC Nice has, like "Poche", a luxury workforce.

It will therefore have taken a month and a half, after the sensational announcement of the extension of superstar Kylian Mbappé, for the flagship of Qatar Sport Investment (QSI) to complete the almost complete overhaul of its organization chart, with Luis Campos as sports director and Galtier as coach.

The Park is a symbol of French football.

And faced with the phrase ''Ici c'est Paris'' (one of the club's slogans, editor's note), we immediately feel the expectations of you, the specialists, and the supporters, and in relation to these expectations it will have to work in the right direction

But alone, it's impossible, together we are much stronger.

It took me very little time to make my decision, but obviously the presence of Luis Campos at PSG was decisive

The Campos-Galtier duo knows each other well for having worked in Lille, laying the groundwork for Losc's surprise title in Ligue 1 in 2021. It must symbolize the "end of glitter" and the return to "reality" promised by the Parisian president. Nasser Al-Khelaïfi in an interview with Le Parisien.

Reputed to be a good leader of men, even if he has never had so many stars under his command (Messi, Neymar, Mbappé ...), this native of Marseilles has a lot to prove: he suffers from European experience limited, with no victory in six Champions League games, the competition that Qatari owners are obsessed with.

Known for relying on solid defenses and very fast counterattacks, Galtier will quickly be able to communicate his plans to the big names in the Parisian group.

“Not a player will be above what the group should be”

In the meantime, he cut short speculation about a possible departure of Neymar by saying he wanted the Brazilian striker to "stay" at the club.

Obviously I want Neymar to stay, because when you have world-class players it's better to have them with than against

", launched the new technician as rumors swirled around the future of N. 10 Parisian.

not a player will be above what the group should be

I am determined to ensure that this team is very united, demanding, determined, to have the greatest season possible.

If there are unfortunately players who come out of this framework, from the moment they leave, they will be dismissed.

The French technician has signed a two-season contract, until June 30, 2024. ❤️💙https://t.co/Ochvsfo7IQ

The players have been back for 24 hours at the training center, with the resumption on Tuesday of Neymar, Lionel Messi, Marquinhos and goalkeepers Gianluigi Donnarumma and Keylor Navas, after that, Monday, of Marco Verratti, Sergio Ramos, Mauro Icardi or even Georginio Wijnaldum.

The first recruit of the new era, the Portuguese Vitinha, is also already there.

The first official meeting is scheduled in Tel Aviv for the Champions Trophy, July 31 against Nantes.