Competent transfer policy: why Zenit remains the main contender for victory in the RPL after the departure of Dziuba

By the beginning of July, Zenit had consolidated its status as the main player in the transfer market among Russian clubs. St. Petersburgers have strengthened the squad with Zelimkhan Bakaev, Mateo Cassierra and Gustavo Mantuan and Ivan Quaresma da Silva, loaned from Corinthians, and in the near future they plan to acquire two defenders at once. According to media reports, the current champions of Russia have already agreed to buy Rodrigo from Sochi and Strahini Erakovic from Red Star. Is the team of Sergei Semak able to painlessly survive the restructuring caused by the departure of the leaders and remain the main favorite for RPL gold - in the material RT. 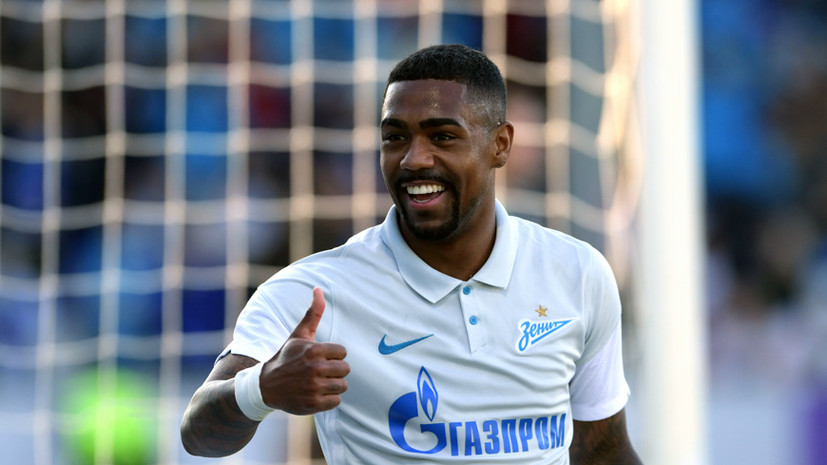 Artyom Dzyuba, one of the leaders and top scorers of the team, left the current champion of Russia.

Over the past four years, the striker has scored 61 goals, provided 37 assists in all tournaments and not only helped win four titles, but was the cornerstone in the construction of Sergei Semak.

Therefore, his departure could not but provoke a serious restructuring and give rivals theoretical chances of winning RPL gold.

However, the current transfer policy of the Petersburgers gives reason to believe that their hegemony in the national championship will continue.

In addition to Dziuba, in the offseason, Zenit lost several more important performers.

Magomed Ozdoev and Yuri Alberto, who joined the team in the winter of 2022, stand apart.

But if the Brazilian went on loan to Corinthians and must return to St. Petersburg, then the Russian's stay in the country's strongest club has come to an end.

Like his compatriot, the midfielder could not agree on a contract extension and left St. Petersburg as a free agent.

Also, Semak will not be able to count on Stanislav Krytsyuk.

The agreement with the troubled goalkeeper expired in the summer, after which he again went to Portugal.

And this is not counting Yaroslav Rakitsky, whose departure due to the events in Ukraine provoked a shortage in the center of defense.

In one offseason, Semak lost two top forwards, a strong midfield player who could leave the bench at any time and add dynamics, as well as a goalkeeper bought to replace Andrey Lunev, who left for Bayer.

But the Petersburgers did not waste time, and by the beginning of July they managed not only to compensate for most of the losses, but even to acquire a powerful performer on the flank of the attack.

Moreover, the signing of a contract with Zelimkhan Bakaev not only allowed to increase competition in the team, but also to weaken the historical opponent - Spartak, with whom the blue-white-blue will play in the Russian Super Cup next Saturday.

Yes, there are pitfalls in the case of Bakaev's transfer.

On the one hand, he showed himself great in the winning pre-season tournament and has already confirmed that he is able to interact well with attacking partners.

On the other hand, when switching to a more defensive model and returning to the basis of Wendel, it is the Russian who risks being in the reserve.

And then it will be extremely important how calmly Zelimkhan will relate to the need to predominantly leave the bench.

Nevertheless, in Spartak, he was not only a starting player, but also one of the leaders, and in Zenit he is unlikely to be able to acquire such a status, given the presence of Claudinho and Malcolm.

Nevertheless, if we discard the psychological aspect, the acquisition of Bakaev seems to be an exceptionally correct decision.

As well as the purchase of Mateo Cassierra, designed to patch up the hole in the offensive line, formed after the departures of Dziuba and Alberto.

The Colombian got into the RPL in the summer of 2021, but in a year he turned from a mysterious foreigner into one of the league's brightest forwards.

In the first season, he scored 14 goals and shared second place with Dmitry Poloz in the list of top scorers, losing only to Hamid Agalarov.

At the same time, in terms of goals from the game, he completely bypassed all competitors.

And we can say that in the face of Cassierra, Zenit found an almost perfect replacement for Dziuba.

Like the Russian, he is a free-kick forward who not only opens great, but is also good at playing along.

Proof of this are four assists.

Among the central forwards, only Dzyuba assisted more often, surrounded by much more classy partners.

In addition, in the case of Mateo, there is the prospect of a profitable resale.

In April, the Hispanic celebrated its 25th birthday and can subsequently be sold for an impressive amount.

On the one hand, Alberto's departure can be called an unpleasant circumstance.

The club clearly counted on the talented Brazilian and planned to release him at the base.

But as compensation, the Petersburgers received two players at once, in theory capable of, if not becoming the main ones, then adding depth to the squad.

Goalkeeper Ivan Quaresma da Silva can compete with Daniil Odoevsky and Mikhail Kerzhakov, and winger Gustavo Mantuan can diversify the game on the flanks.

As journalist Fabio Aleixo told Sport-Express, the latter is able to close the position of the defender, which adds variability to the team.

It would seem that even these transfers would be more than enough to consolidate their status as the main favorite in the fight for first place in the Premier League.

The ex-football player of the blue-white-blue Konstantin Lepekhin agrees with this, according to which Zenit remains the strongest in the home arena, and its potential opponents need to look for reinforcement rather.

However, the club itself does not agree with him, as evidenced by the active search for candidates for a place in the center of defense.

At the moment, Zenit have three central defenders.

Dejan Lovren has not yet exercised the right to suspend the contract, Dmitry Chistyakov has been in the team for the second year, and Nuraly Alip is on loan until the end of 2022.

The Kazakhstani looked pretty good at the end of the last championship and took first place in the league in terms of the percentage of martial arts won (83.3%).

Yes, he spent only 572 minutes on the field, which may well cast doubt on this achievement.

But it also speaks of the potential.

Nevertheless, Zenit clearly intends to play it safe, and therefore they are actively looking for representatives of this role.

This was openly stated by General Director Alexander Medvedev, and later rumors appeared in the press about interest in two players - Rodrigao and Strakhina Erakovich.

The first year ago he moved to Sochi from Gil Vicente and immediately became the main one, and the second not only helped Red Star to make a golden double last season, but also got to the 1/8 finals of the Europa League with it, where he played 180 minutes in the confrontation with the future finalist - Rangers.

Yes, both players are unlikely to meet the lofty plan set by the Petersburgers themselves.

Indeed, over the past 12 years, silver medalist of the world championship Ezequiel Garay, European champion Bruno Alves and Emmanuel Mammana, who was considered talented, for whom Lyon had to pay € 16 million, managed to play in this position. But then Zenit formed the squad taking into account performances in European competitions , and this should be more than enough to win the RPL.

If the blue-white-blue turn both deals, they will have not only the most powerful attacking and middle, but also defensive lines.

On paper, the four defenders of Lovren, Rodrigao, Douglas Santos and Vyacheslav Karavaev seem to be the strongest in the country, and there is a worthy alternative not only for central, but also for flank defenders.

The Brazilian can be replaced by both Mantuan and Daniil Krugovoi, and the Russian by Arsen Adamov and Alexei Sutormin.

By the way, the latter more than successfully did it at the pre-season tournament.

In this case, the position of the first number will remain problematic, where Zenit still does not have an extra-class player.

Odoevsky is able to progress, but is still unstable, Kerzhakov is not bad only as a substitute, and Ivan’s potential is still difficult to assess.

Last season, the Brazilian lost the competition to the 35-year-old Cassio and spent a total of 232 minutes on the field for Corinthians.

In the summer, Alexander Vasyutin returned from loan, but it is unlikely that the goalkeeper, who spent six months on the bench at Djurgården, will immediately get a place at the start.

Nevertheless, even this is unlikely to prevent the Petersburgers from being considered clear favorites in the fight for the championship.

And the reason for this is in a competent transfer policy based on the targeted strengthening of problematic positions.

And this qualitatively distinguishes the current Zenit from the 2017 model itself, when it arranged a massive purchase of Argentines and frankly miscalculated.

At the moment, the club not only has the greatest financial resources, but also uses them wisely without going to extremes.

And in such a situation, competing with the Semak team seems to be an extremely difficult task.

Undoubtedly, the absence of Dziuba will affect the team's game and at least sometimes provoke microcrises.

But the head coach, even during the last championship, began to work on eliminating dependence on the attacker and was very successful.

And smart transfers will certainly make this process even smoother.

In an ideal scenario, Zenit will have almost two squads, which none of the opponents can afford.