Tight road to the World Cup: "Historically good - but something extraordinary is needed"

Sweden has had an impressive World Cup qualifier so far and is ready for the second round. Despite having only won two matches - and lost most recently against Slovenia. - It is the best match they have played against a top opposition in the world, says SVT expert Nick Rajacic. 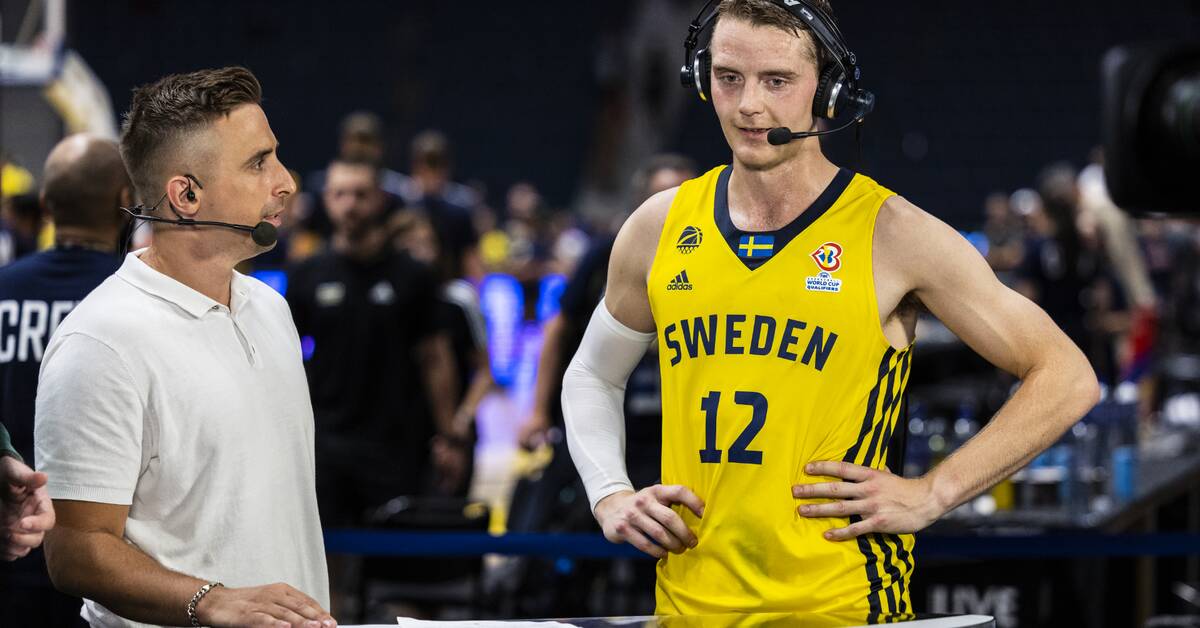 On Sunday, the final match was played in the World Cup qualifier's first round against Slovenia, which Sweden lost by a small margin, 81-84.

- It is an outstanding success and the road there was incredible.

Sweden really played very well throughout the qualifiers, even though they only took two wins.

Overall, they have played at a ridiculously high level, says Nick Rajacic.

Has Sweden made a better match?

- I know that they beat Russia in the European Championships in 1993 when they were really good and defeated Nikos Galis Greece in the 1980s.

But they were not quite as good as Slovenia, who are four or five in the world.

SVT's expert believes that the chance of the World Cup is extremely small.

- The probability is very small that you go to the World Cup.

But on the other hand, it is important for the ranking points, to get an easier draw in the future and of great value for the young players.

It will take something extraordinary to get rid of it.

In the qualifiers that start in August, Sweden will not face any new big star like Luka Doncic.

The effort against Slovenia should do Sweden good, says Rajacic.

An unlikely advancement to the World Cup would have meant a lot.

- You can not imagine, basketball had exploded in Sweden.

Sweden fell in the World Cup qualifiers after a thrilling finish Photo: Bildbyrån