Denmark playmaker Christian Eriksen has agreed in principle to move to Manchester United on a three-year contract, according to more than one media outlet in England, on Monday. 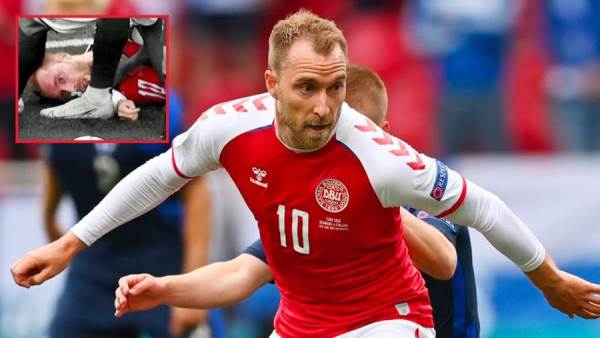 Denmark playmaker Christian Eriksen has initially agreed to move to Manchester United on a three-year contract, more than one media outlet in England reported on Monday.

Eriksen, 30, became a free player after the expiration of his contract with Brentford, who played for him for three months, after recovering from a severe heart attack that almost cost him his life during the European Cup with his country last summer.

And Eriksen had previously trained under the supervision of the new Manchester United coach, Eric Ten Hag, when he tried to regain his fitness in the ranks of Ajax Amsterdam earlier this year.

According to Sky, Eriksen agreed in principle to move to United on a free contract, with the latter preparing a three-year contract before undergoing a medical examination in preparation for signing.

Eriksen has experience in the English Premier League after defending the colors of Tottenham for 7 years from 2013 to 2020, before moving to Inter.

It seems Manchester United is also close to obtaining the services of Dutch international left-back Tyrell Malacia, who underwent a medical examination on Sunday in preparation for signing a five-year contract.

Malacia was on his way to join Lyon, but Manchester United intervened at the last minute last week to settle the deal in his favour, amid the player's desire to move to him.

The "Red Devils" are seeking to strengthen their ranks also by obtaining Dutchman Francke de Jong from Barcelona, ​​knowing that he lost many midfielders at the end of last season, such as Frenchman Bobble Pogba, Serbian Nemanja Matic, Spain's Juan Mata and Jesse Lingard.