Oliver Solberg won the European Rallycross Championship in Höljes - after a highly dramatic final. - Finally! Finally a win, Solberg exclaims with tears along his cheeks. 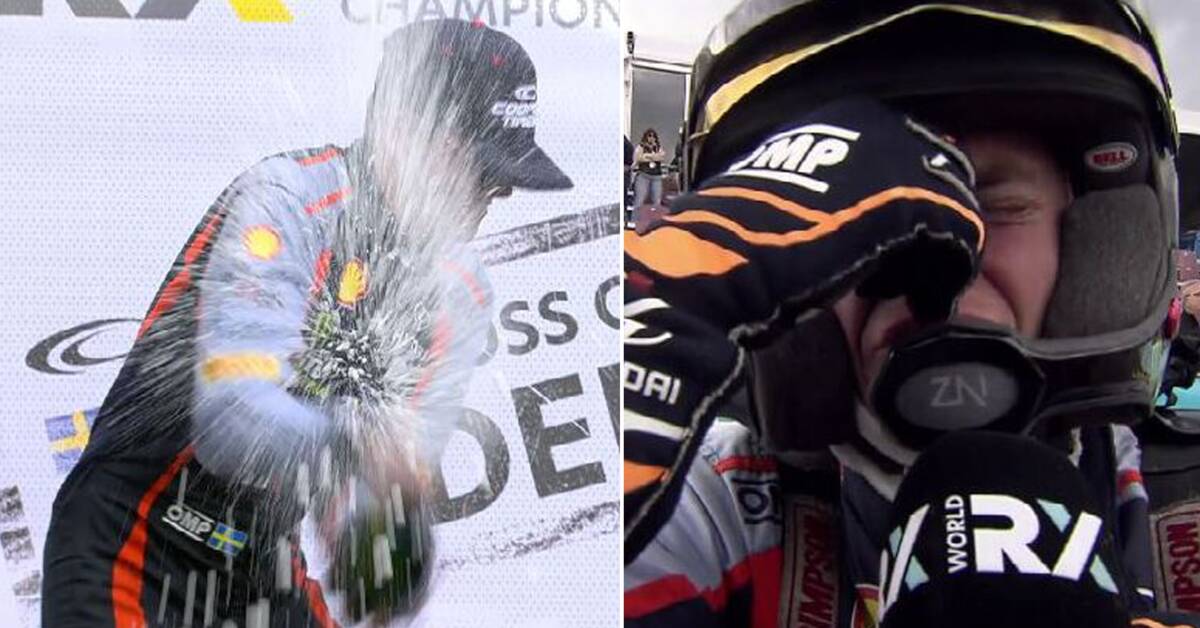 Pre-favorite Johan Kristoffersson disappeared in the third lap after a puncture.

Shortly after that, the Norwegian Andreas Bakkerud, who was on his way to second place, also smoked.

Instead, it was Swedish even there, when Boliden-born Anton Marklund came second.

Due to the drama further back in the field, Oliver Solberg was able to win relatively comfortably.

And it was a taken Solberg after the victory.

I do not know what to say ... thank you to all of you who came, he says in C More's broadcast to the 22,400 spectators on site in Höljes, Värmland.

After the victory interview, he was hugged by father Petter Solberg, who was at least as affected.