Groenewegen, the damned, imposes his will in the second and dangerous sprint

Triumph for the damned. Dylan Greonewegen, the Dutchman who caused that brutal fall of Fabio Jakobsen in the 2020 Tour of Poland, imposed his authority in the second ... 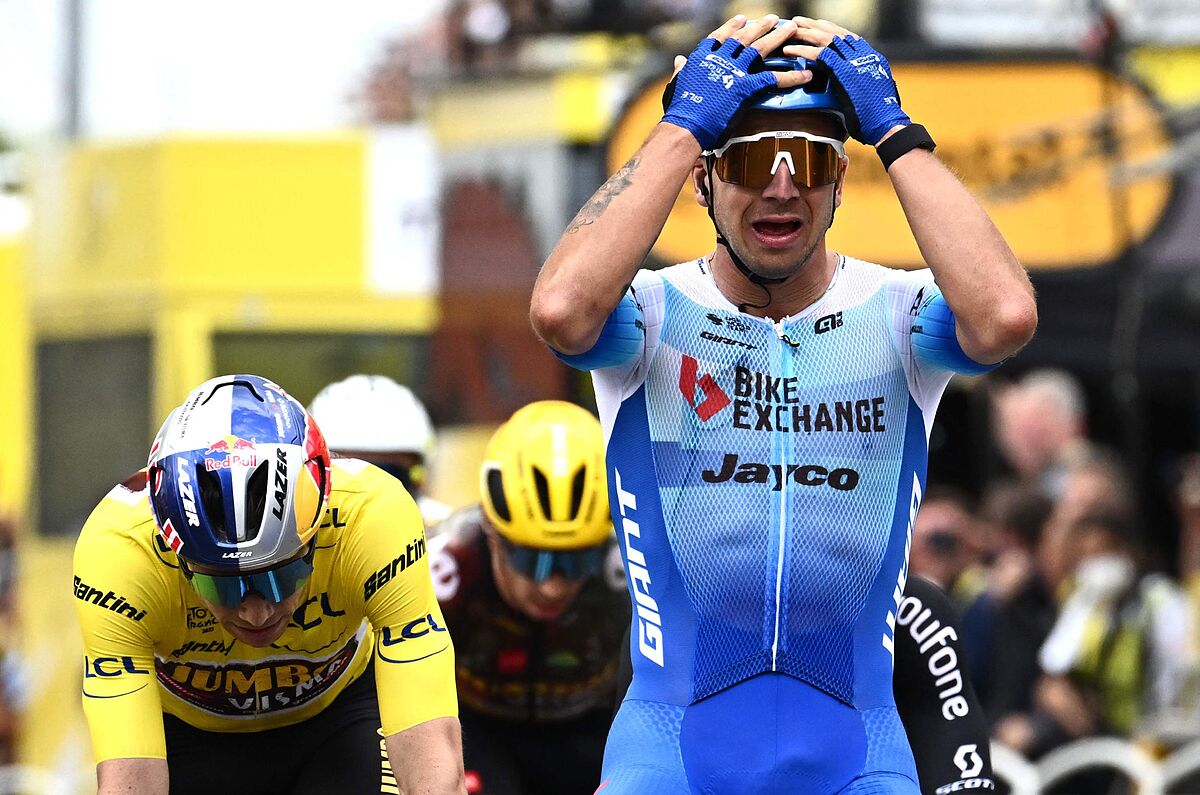 Triumph for the damned.

, the Dutchman who caused that brutal fall of

in the 2020 Tour of Poland, imposed his authority in the second mass arrival of the Tour de France and defeated

t, leader of the General and the Regularity.

The sprint was frustrating for

, who lamented being stuck at the fences in the final sprint.

A stage with a nervous ending due to the roads dotted with islands that made it difficult for the runners to pass.

With nine kilometers to go there was a pileup in which

Groenewegen, who added his fifth victory in his five participations in the

shared the spotlight with Van Aert, first in the main classifications and the great media reference of this start of the round in Denmark.

The Tour website recalls that Van Aert becomes the fifth rider in history to wear the leader's jersey in Paris-Nice, Critérium du Dauphiné and Tour de France in the same season.

He also assures that before him there were only five cyclocross world champions who had been leaders of the Tour de France:

The hero of the day was

, the Dane who dazzled his compatriots at the Tour caravan's farewell.

The rider broke away at the starting flag, in Vejle, and was 130 kilometers ahead of the peloton, until the Sonderborg finish line.

His goal was to score points in the three port drills to secure his lead in the Mountain Ranking.

Cort Nielsen will go down in history for crowning the lowest peak of this edition of the Tour:

In the recent past of the