Tunisian Anas Jaber is passionate about football and Real Madrid.. and Cristiano Ronaldo is an inspiration for her

Tunisian tennis star Anas Jaber revealed her great passion for the game of football and her favorite team, Real Madrid, and the inspiring player for her is Portuguese star Cristiano Ronaldo. Dr 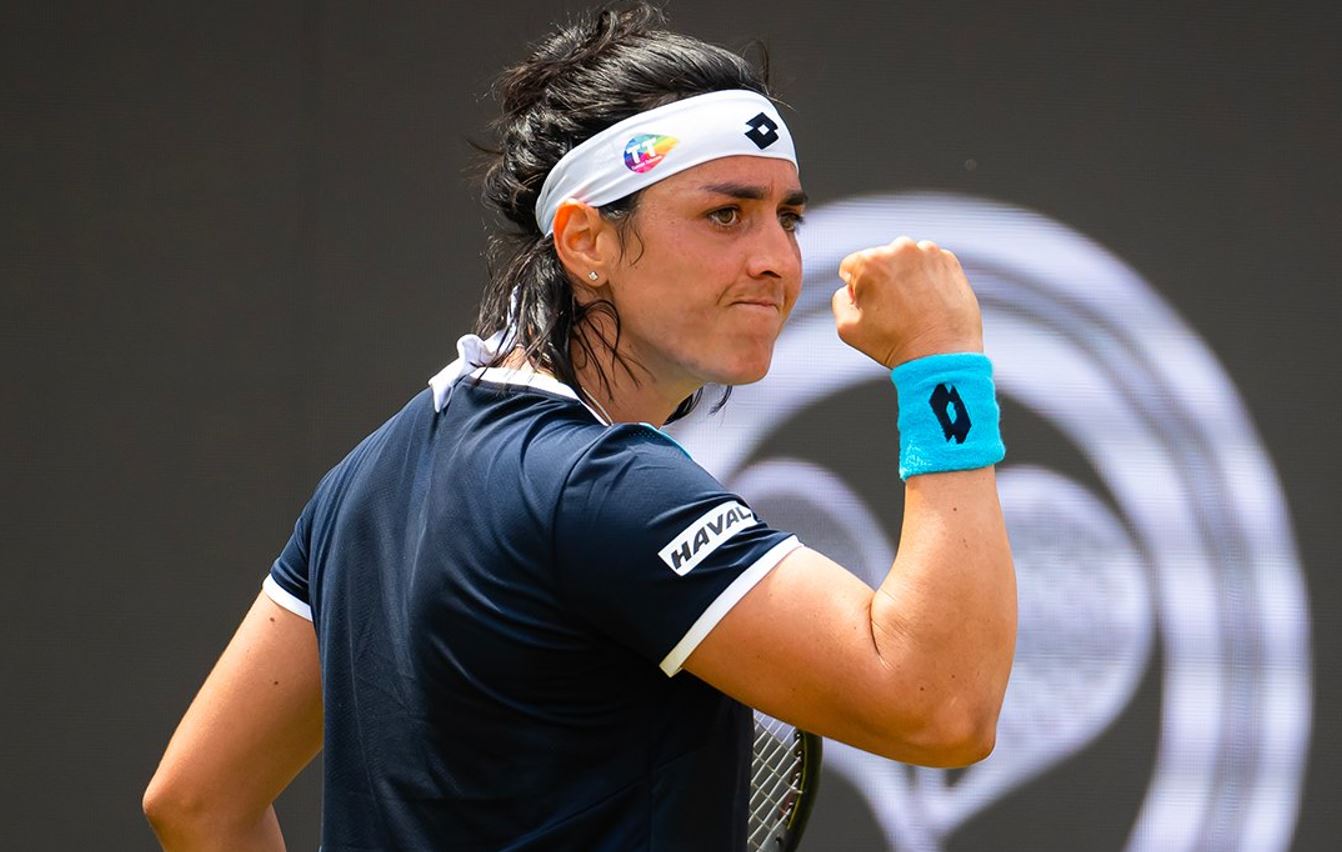 Tunisian Anas Jaber is passionate about football and Real Madrid.. and Cristiano Ronaldo is an inspiration for her

Tunisian tennis star Anas Jaber revealed her great passion for the game of football, her favorite team, Real Madrid, and the inspiring player for her is Portuguese star Cristiano Ronaldo.

In an interview with the BBC website "BBC Sport", Anas, who qualified for the fourth round in Wimbledon, the third of the four "Grand Slam" tournaments, said that if she was not a tennis player, she would have played professional football.

Anas said, "I love watching football and I am a huge fan of Cristiano Ronaldo. He is a great athlete and an inspiration to me."

And the world number two continued: "When Cristiano played for Juventus, I managed to get a shirt with his signature, that was amazing."

The Tunisian star is keen to be in the stands of the Santiago Bernabeu stadium, the stronghold of the Royal Club, whenever she participates in the Madrid Tennis Tournament, but she regrets that she did not keep pace with the epic match against Manchester City in the semi-finals of the Champions League in the last version and how Real succeeded in creating a rare “remontada” in The last breath of the match.

And the source of Anas's double happiness is that Madrid's victory in the match came in parallel with its coronation in the Madrid tournament, which is its second title this year, next to the Berlin tournament, and the third in its record after the Birmingham tournament title in 2021.

Jaber said: "I became a Real Madrid fan thanks to Cristiano... I was very sad when he left, but I follow him constantly as I follow Real."

Despite her great passion for the Spanish team and the inspiring career of the Portuguese star, the best player in the world on five occasions, the Tunisian star did not have the opportunity to meet Cristiano, and commented on this, "I hope to do that one day."

And she continued in her interview: "Now I am a Manchester United fan too, and if he goes to any other team, I will definitely support this team."

In addition to her brilliance on the tennis courts, she is seen as an inspiring player in Tunisia and the Arab region, and she is nicknamed the "Minister of Happiness" in her country.

Jaber is known for her charitable initiatives, as she allocates 100 euros for each ace or "dropshot" shot in her Wimbledon matches to fund the construction of a school in a remote area of ​​Tunisia.

Anas Jaber had offered her racket for sale at a public auction on two occasions in 2021, the first to support the government in efforts to combat the Corona epidemic, and the second to help her favorite team, Etoile du Sahel, in its financial crisis.