Kyrgio's outburst against the judge: "You are a shame"

No one was surprised that there was a lot of emotion when the Australian Nick Kyrgios and the Greek star Stefanos Tsitsipas met in Wimbledon's third round. A frustrated Tsitsipas hit a ball out to the crowd, but was not washed. Then Kyrgius became angry. - You are a shame, he shouted to the judge. 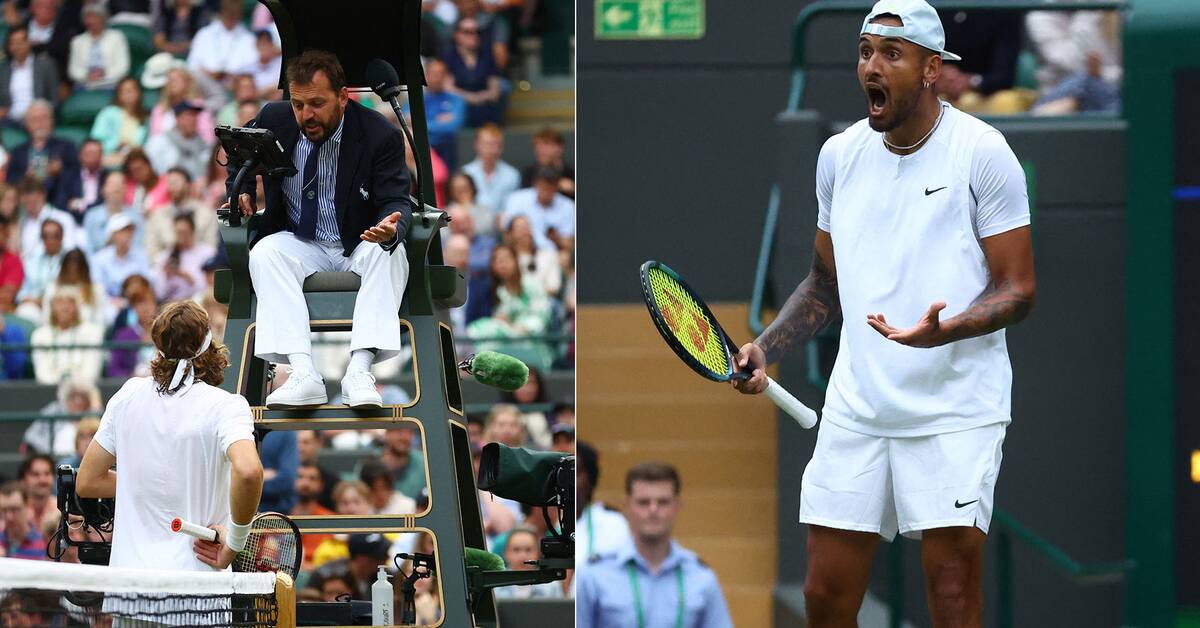 Already early in the match there were hot feelings.

Nick Kyrgios thinks that a ball that was awarded was in and then the referee heard.

- Every match is a mistake.

Every single one of them, and we will accept that, he said.

It was in the second set that Kyrgios instead wanted to see Tsitsipas dished out for his kind towards the audience.

You could see the Australian talking to a race director for a long time.