How long will Hamilton have his head elsewhere?: "Some maintain the illusion and others change their scale of values"

Priorities have changed radically for Lewis Hamilton in just one year, the one that separates his notorious incident at Silverstone with Max Verstappen from the new and raw... 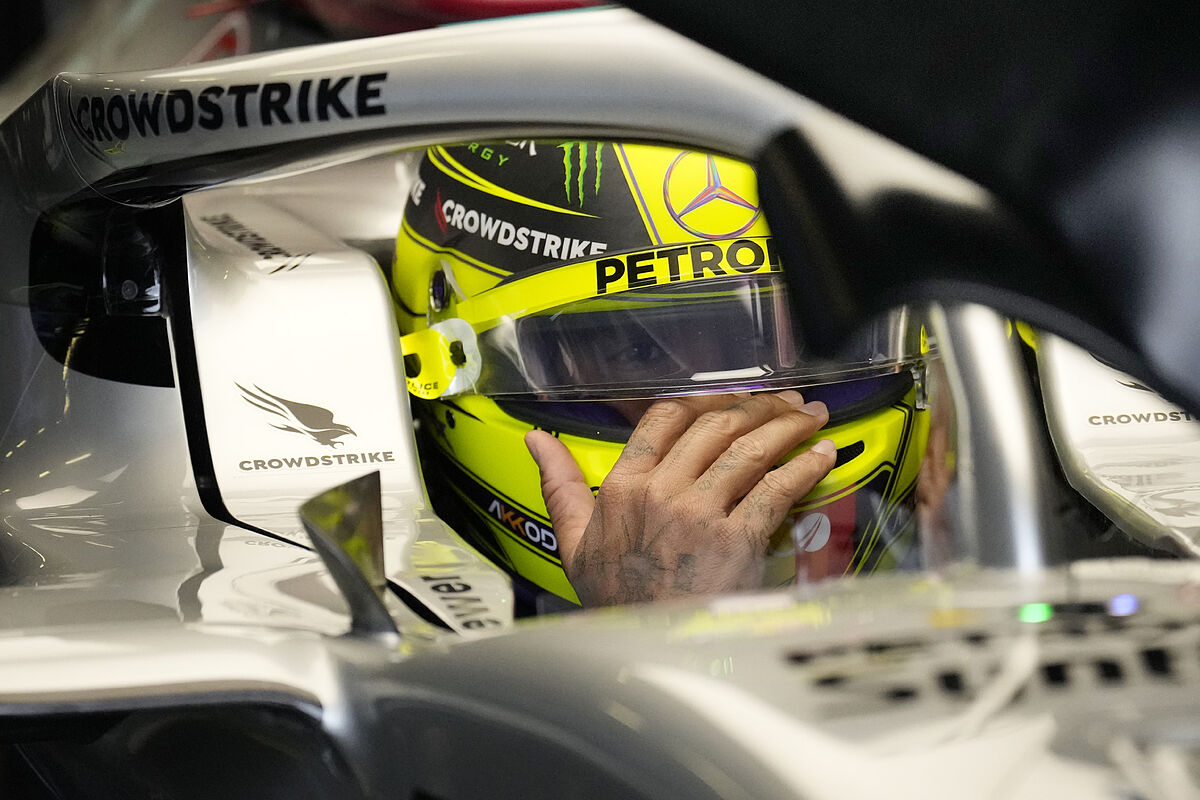 Priorities have changed radically for

in just one year, the one that separates his famous incident at Silverstone with

from the new and harsh reality.

Discarded in the fight for the World Cup, unhinged at times with a car unable to keep up with Red Bull and Ferrari, the Mercedes leader has not even been able to present a battle to

After seven titles, 101 victories and 103 pole positions, Hamilton is looking more aware of other matters.

Something seems to be wrong in his head, further and further away from what is happening on the track.

"There are pilots who are constantly looking for challenges, but others, due to certain circumstances, be it a personal problem or because they have seen the danger more closely, end up losing hope and completely changing their scale of values," a specialist explains to EL MUNDO. in sports psychology, renowned in the

This seems to be the case for Hamilton, who today only aspires to an achievement that, on a record like his, should be considered minor.

If he adds a win in the remaining 13 races he would extend his staggering record for consecutive seasons with at least one win to 16.

This weekend, Hamilton's routines at Silverstone seemed the same as ever.

To the eccentric parade through the

, in the company of his dog

, was added the mass swim on Friday afternoon and the gentle ovation dedicated to the grandstand during the anomalous break in the first free practice sessions yesterday.

However, Hamilton seemed absorbed in other concerns.

And not precisely because, after nine races, Russell has dominated him 5-4 in qualifying and 7-2 on Sundays.

Since Thursday, Sir Lewis' gaze has sparkled with anticipation for the €600,000 he will donate to Motorsport UK for a program to promote female participation in motorsport and greater representation of low-income and minority ethnic groups.

A money that will also affect scholarships for African-American students at the Royal Academy of Engineering.

And his emotion surfaced again with the unanimous support of his teammates, who seconded him en bloc on Thursday after

“The most important thing for us drivers was to show our support for Lewis.

We have reacted much better than in previous incidents, although it is probably not enough, "commented, without going any further,

At this point, it seems clear that the crusade against racism started by Hamilton two years ago is still more relevant than ever.

However, in Mercedes they should not be satisfied with the wide sleeve that they always gave their leader.

“He needs to take his mind off racing and we have learned that by giving him freedom we end up getting better performance on the track,”

, boss of the Silver Arrows, confessed at the time.

If it's any indication, Hamilton was always very averse to the work of

, the All-Blacks' celebrity psychologist hired in 2014 by Mercedes.

"I don't like the idea of ​​someone trying to play games with my mind, because I'm strong and I feel capable on my own.

I did so throughout my life », he slipped a little over a year ago.

«That initial rejection does not surprise me, because I have known other cases of some renown.

However, maturity ends up influencing them and they know that they need that extra mental, as well as at the level of food or physical preparation, "adds the therapist contacted by this newspaper.

"Obviously, I don't know in detail what happens in Hamilton's inner circle, but perhaps in recent seasons he had not been subjected to the current level of competition," he stresses about the seven-time champion, who has already turned 37.

Of course, for five seasons

never seemed to push him to the limit.

And only in 2021, Verstappen had a car capable of questioning the mechanical superiority of Mercedes.

Following the aforementioned Copse incident 12 months ago, Hamilton flew to his eighth victory at Silverstone, while

brooded over anger in a hospital.

As usual, the future champion did not go to any professional either.

is where there is more secrecy.

And in F1, in the same way that a tarpaulin is mounted so as not to see the car, our work is usually covered.

But I assure you that there is much more work behind what they let themselves see », he concludes.