Andrea Berta: 10th year at Atlético, architect of a transition and a whole halo of mystery: "He's very closed, he doesn't like shop windows"

It is December 7, 2021 and it starts to rain in Porto. Andrea Berta (Brescia, 1972) quickens her pace after crossing one of the emblematic bridges of the Portuguese city. That same... 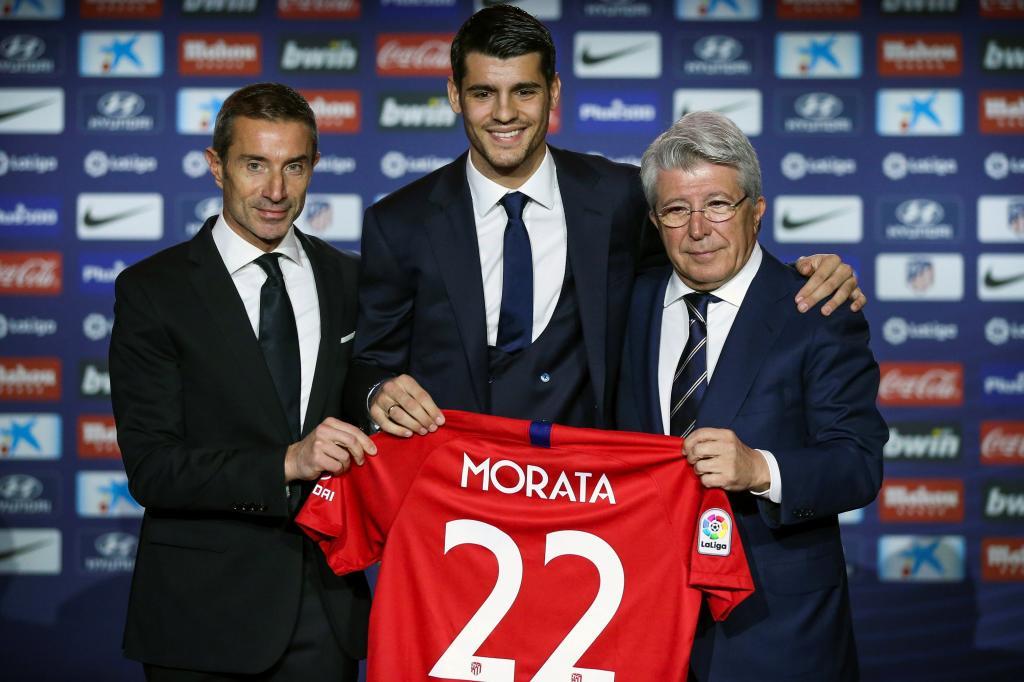 (Brescia, 1972) quickens her pace after crossing one of the emblematic bridges of the Portuguese city.

That same night Atlético plays its skin in the Champions League.

During his morning walk, dressed in a tracksuit and the club's official coat, he recognizes faces and makes a gesture of discomfort.

With few exceptions, his voice is inaudible in public.

“He is a very closed and mysterious guy, who is not interested in shop windows,” they tell this newspaper from Italy, where he is still relatively little known for the weight he has in Atlético.

Manchester United, Chelsea or PSG have asked about him.

«He comes from Brescia, an area where people are not to party.

There is a great work culture and he reflects it perfectly », draw him from his native country who have had some dealings with him.

Sitting at a table, with a handful of papers full of names:

Only three weeks have passed since the stormy Champions League final in Milan and that snapshot, published on social networks by Cholo, dispels doubts about his future.

There, with a vest and white shirt, is Andrea, still technical director, who will be promoted to sports director a year later.

Today he receives interview requests from Italy and Spain, but he does not alter his stealthy route.

His knowledge of world football is tremendous », they slip from the corridors of the Metropolitan.

And they add: «His decisions are often above even the coach.

He has been key in many signings ».

For example, those of

, whom he courted in Viseu, along with Gil Marín.

Months ago, he was sitting in the stands of the Da Luz stadium to witness Joao's hat-trick in the Europa League quarterfinals against Eintracht.

"Before they make the decision, he tells them what Simeone will ask of them."

In an interview with EL MUNDO,

«I was in my room during a concentration with Atlético Paranaense.

I had a Copa Sudamericana semifinal against Fluminense (November 8, 2018) and my agent called me and told me that Berta had come to Brazil to see me.

'She Play like you normally do', she asked me her.

But, of course, I got very nervous.

She had come from Madrid just for me.

So I said to myself: 'I have to play very well.'

And in that match I gave an assist and scored a goal."

The Brazilian was chosen to replace

From banking to football

But, how does the figure of Berta arise?

Andrea comes from the world of banking, but he was passionate about football.

He started in the modest Carpenedolo, at the hands of

, who would take him to Parma.

He would get off the ship before the disaster.

Already in Genoa he would strengthen ties with

He met Miguel Ángel Gil after advising him on possible signings in Italian football and in 2013 he landed in Madrid.

Andrea Berta, during the presentation of Morata, in 2019.EFE

The transition from Atlético, after the departure of

Also that more cumbersome task, in which he is immersed right now, of releasing players and finding the millions that the club needs to sign.

“For us, the important thing will be to continue with this squad, which has a lot of value.

For the market to start, we will have to wait », he assured in May, after receiving an award in Italy.

He was already awarded the

for the best sports director in 2019. "He is honest and honest. If he cannot tell you the truth about a football matter, he does not speak to you directly," they say about him.

There are many compliments, but there is also some reproach.

“In the club there is a lack of that figure who takes care of the players, who in the end are their heritage.

They are people and when they lack confidence you have to help them recover it.

That figure should be Berta, ”says someone who knows the rojiblanco dressing room.

Andrea is the first to arrive at the locker room tunnel when a match ends.

He is a fixture at Cerro del Espino, always sheltered behind those sunglasses and that halo of mystery.

A type of fair words that he maintains a special connection with Simeone.

Two hard, cold and passionate people at the same time, who, despite those difficult times at the start of 2022, maintain a friendly relationship outside of football.