World champion Usyk did not want to leave Ukraine: "There were injured soldiers ..."

World heavyweight champion Oleksandr Usyk, from Ukraine, is getting ready for a return match with Anthony Joshua. There he will try to bring home some happiness to his country. - I know that many of my closest friends right now are in the front line and fighting, he says according to Reuters. 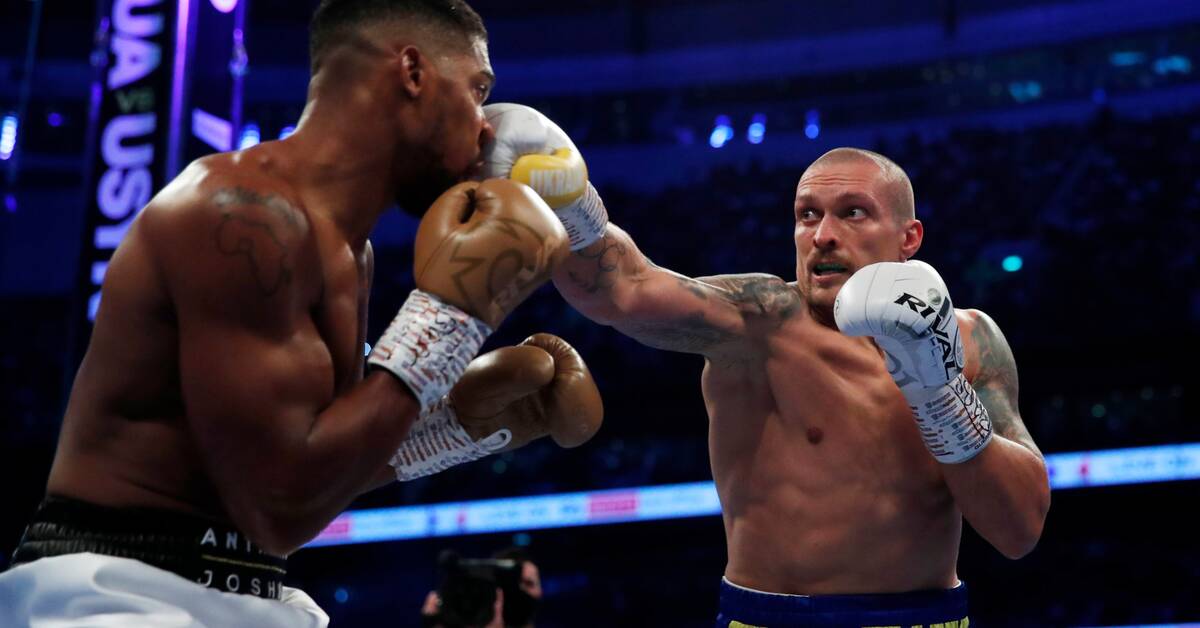 Now he is getting ready for a return meeting - and in parallel, Russia's invasion of his homeland, Ukraine.

Usyk admits during a press conference that he did not want to leave the country.

"I went to a hospital where soldiers were injured and recovering from the war," he told Reuters.

- They wanted me to fight - for the country, for pride.

They said that if I did, it would help the country.

Usyk feels that with the return meeting with Joshua, he will bring some happiness to his people.

- I know that many of my closest friends right now are standing at the front line and fighting.

The 35-year-old left shortly after the Russian invasion of Kyiv.

- Every day I was there I prayed to God: "Please god, do not let anyone try to kill me.

The return meeting between Usyk and Joshua will take place in Jeddah, Saudi Arabia on August 20.

Oleksandr Usyk and Anthony Joshua at a press conference ahead of the return meeting on 20 August.