Tour de France: who are the French to follow during the 2022 edition?

As the Tour de France kicks off this Friday from Copenhagen, enthusiasts of the Grande Boucle hope to see French riders shine throughout the course. Former climber Richard Virenque, consultant for Europe 1, talks about the French chances of the 2022 edition despite the absence of Julian Alaphilippe. 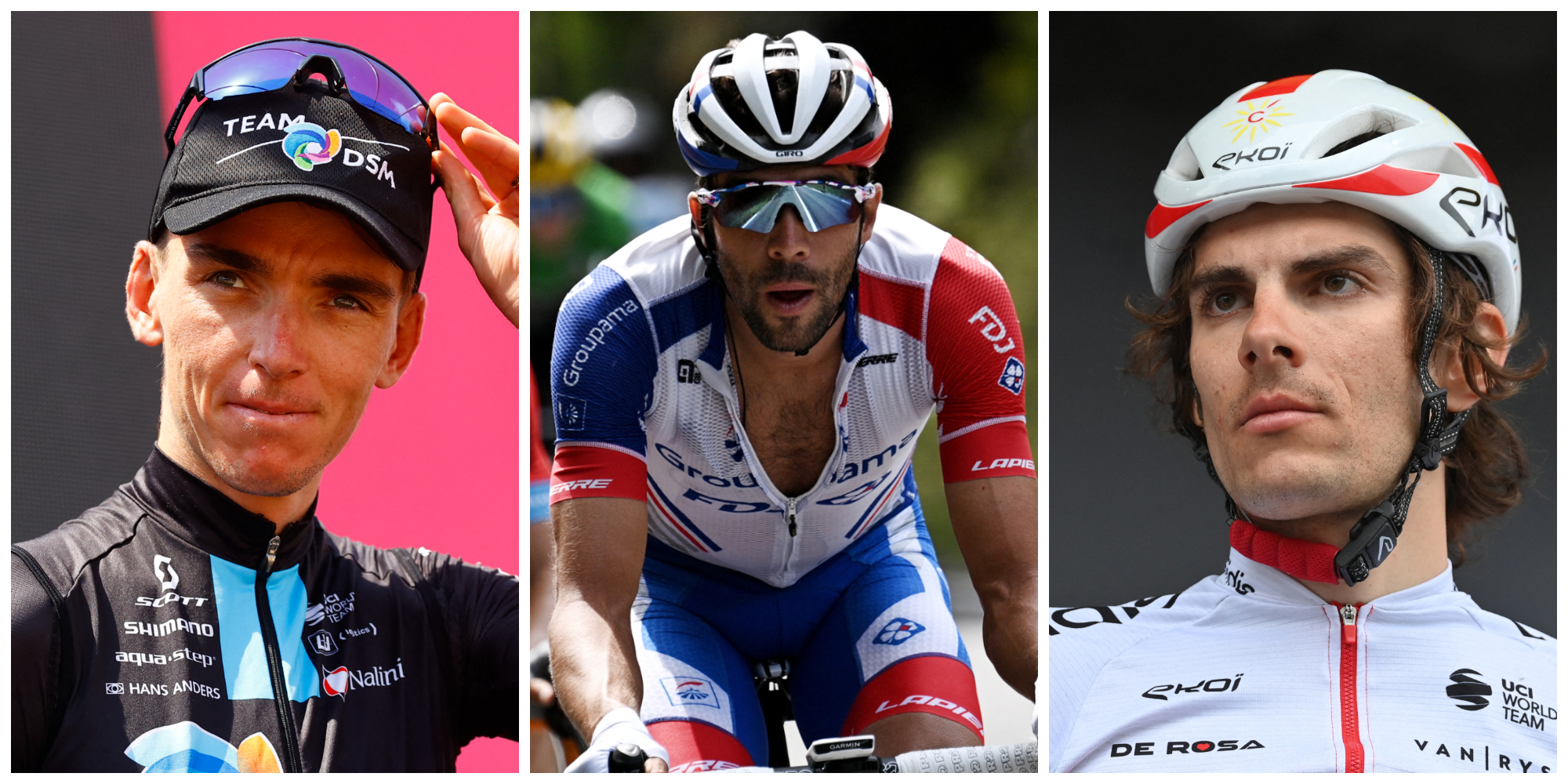 As the Tour de France kicks off this Friday from Copenhagen, enthusiasts of the Grande Boucle hope to see French riders shine throughout the course.

Former climber Richard Virenque, consultant for Europe 1, talks about the French chances of the 2022 edition despite the absence of Julian Alaphilippe.

They all dream of honoring the French flag, in front of their fans.

Like every year, the French riders want to shine during the Tour de France, win a stage and why not grab the leader's yellow jersey.

Admittedly, the final victory of one of them seems almost inaccessible, especially after the withdrawal of star Julian Alaphilippe, believes Europe 1 consultant Richard Virenque.

Despite everything, there are several of them who can thrill spectators, listeners and viewers.

And among those most likely to shine is Romain Bardet (DSM), according to our cycling consultant.

Anyone who has already climbed the Tour podium twice (2nd in 2016, 3rd in 2017) can repeat the same performance this year.

"He did a thunderous Tour of Italy (4th overall, before falling ill and retiring, editor's note), and unfortunately he left the race. I think he will be a good asset for the French. It would be the good surprise of seeing him on the attack, and seeing him in pole position on a few stages. It's quite possible", underlines Richard Virenque.

Thibaut Pinot and David Gaudu together

"I hope he will have a good pedal stroke and the mental strength until the end of the Tour", advances Richard Virenque.

"You have the impression that when everything is going well, at some point, the pressure of winning demobilizes him. He is a talented rider, and he needs time, to mature. But in recent years, he is so high, and then everything stopped overnight. We are really in an unknown compared to that, "said the former French champion.

- "Pogacar will be the man to beat": the favorites and outsiders of the Tour de France according to Virenque

Thibaut Pinot will also be supported by his young teammate, David Gaudu.

“This year, it has gone up a notch,” underlines our consultant.

The 25-year-old Breton rider has been invested with the responsibilities of sole leader of the team, with a role of "guardian angel" in the mountains devolved to Thibaut Pinot, announced the boss of the French team, Marc Madiot.

The good surprise is also the last draft of the French champion, Florian Sénéchal (Quick-Step), after a case of Covid-19 within his team.

"The wheel is turning well for him", greets Richard Virenque.

"He can of course do great things for us in the first week of the Tour."

As for Warren Barguil (Arkea-Samsic), already winner of the polka dot jersey in the 2017 edition, "he will try stages in the second part of the Tour", anticipates our consultant.

"We saw him present in the French championship, on the attack. It's a good sign, but he will have to spend the first eight days in good condition. He is someone who will have desires and a pressure to win the Tour because his last stage victory (2017) is starting to date", continues the former French rider.

- Tour de France: a departure from Denmark, a country where cycling is a real way of life

Last year, a French rider was invited to 2nd place overall in the middle of the race: Guillaume Martin.

The Parisian from the Cofidis team, who finally arrived 8th in 2021, will seek to win his first stage on the Grande Boucle.

"He is always present, but I see him too much everywhere", nuance Richard Virenque.

"When you're like that, when the time comes, on D-Day, you don't have the heartbeat, you don't have any more fuel. It may be a question of a different management that should be change in my opinion, because he is not far from winning every time and he lacks the Grail", evokes the consultant for Europe 1.

But of all the French riders, the one who will be missed the most by cycling fans is the reigning double world champion, Julian Alaphilippe.

"What a disappointment, he could have done something during the last week of the Tour", blows the ex-French climber.

"He would have found in the track something to enjoy, something to dynamite, something to win stages because he is above all a stage hunter. He will bounce back from that, but for sure he will miss on the Tour", regrets Richard Virenque.

The French riders who will start the Grande Boucle this Friday from Copenhagen will try to perpetuate a tradition: since 2000, there has always been at least one tricolor stage victory during the competition.