Sporting logic was respected on Friday during the first quarter-final of the Rugby Africa Cup which saw Namibia largely win (71-5) against a very inexperienced Burkina Faso team.… 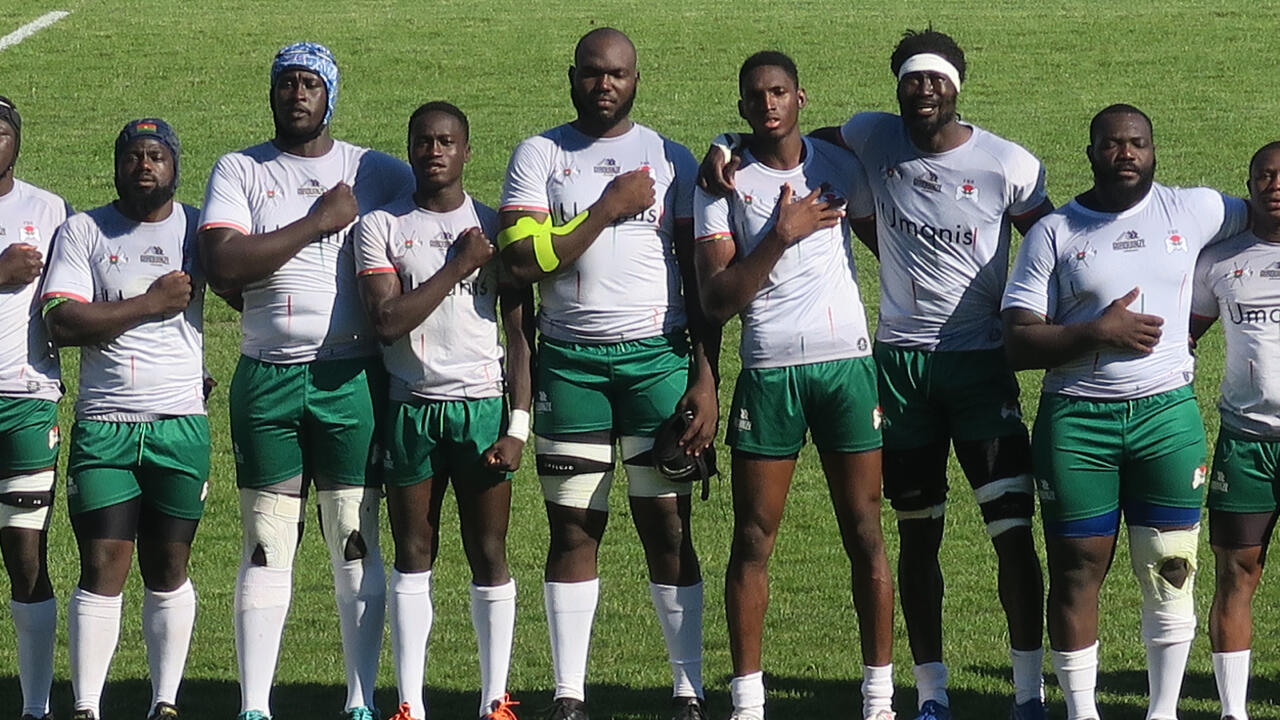 Little thumb of the Rugby Africa Cup, Burkina Faso put all their heart and all their energy against the formidable Namibians, Friday July 1 in Marseille.

During the first fifteen minutes of the match, the Stallions rushed into the stretchers and managed to compete against their seasoned opponent, to the delight of the hundred spectators present in the Delort stadium at kick-off.

Each scrum was however a nightmare for the Burkinabè, largely dominated in this exercise.

But every time the Namibians won the ball, they were up against a very aggressive defense and failed to put their game together.

And they had to wait until the 17th minute, when Burkinabè Sayouba Ouedraogo had just received a yellow card, to finally score the first points of this match.

They were signed thanks to a try scored by Namibian captain Tosten Van Jarrsveld, who has been a hooker in Bayonne for several seasons.

His experience, and that of several of his partners also involved in professional championships, weighed heavily during this meeting against Burkinabè amateurs.

Namibian full-back Lorenzo Louis took it upon himself to score a second try on a fine movement from the back lines, allowing his team to lead 12-0 against Burkinabè still outnumbered.

And once back to 15, they continued to show great generosity on the pitch, displaying great physical freshness despite the approximately 30 degrees.

However, technical blunders and bad choices did not allow them to materialize their efforts.

Much more effective, the Namibians played to their strengths, the scrum and the touchline, to bring danger into the opposing camp and increase their lead, with another try from the Namibian captain in the 35th minute.

Three tries from the Namibian captain

Remaining on the lawn during half-time, the Namibians were quick to start the charge to try to increase their lead.

The forwards resumed their pounding work, finished off again by hooker Van Jaarsveld who scored a third try in the 46th minute.

This feat earned him little applause, the public reserving to salute the first points of Burkina scored a few minutes later.

In the 49th minute, Jean-Yves Zebango overtook his opponents to plant a superb try and collect a nice ovation.

In turn, the Namibian three-quarters showed their offensive qualities and pierced an increasingly less hermetic defense, with the key to a try by winger Divan Rossouw inflating the score to 38 to 5. His partners Louis Van der Westhuizen, Johannes Greyling, Wian Conradie and Pieter Wilhem Steenkamp will imitate him to seal the final victory for Namibia (71-5)

She is now waiting to know her opponent in the semi-finals, who will be the winner of the match between Zimbabwe and Côte d'Ivoire.

And if Burkina Faso sees the adventure of qualifying for the World Cup come to an end, it will be able to rely on the determined energy of the Stallions to prepare for the international challenges to come.