How to make Chinese football less scolded? The truth of this international footballer is heartbroken

China News Service, Meizhou, July 1 (Reporter Bian Liqun) "The dissatisfaction of online public opinion is still because of our poor performance. If we can win the game and let the fans feel the joy of winning, the public opinion environment of Chinese football and many Everything will get better." When talking about the topic of Chinese football, the international player Barton told the reporte 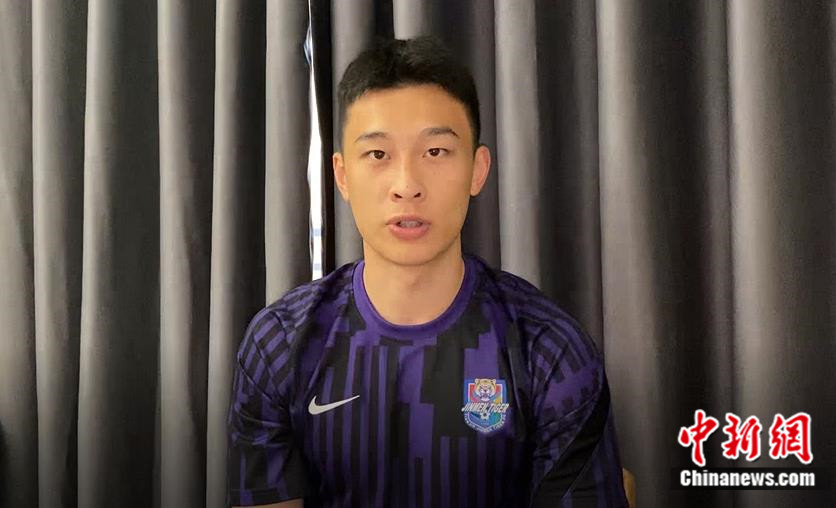 China News Service, Meizhou, July 1 (Reporter Bian Liqun) "The dissatisfaction of online public opinion is still because of our poor performance. If we can win the game and let the fans feel the joy of winning, the public opinion environment of Chinese football and many Everything will get better." When talking about the topic of Chinese football, the international player Barton told the reporter of Chinanews.com.

Button likes to prove himself with games. After spending the U23 policy bonus, he once fell into a slump when he had no games to play.

However, as he joined Tianjin Jinmen Tigers last season and gradually gained a firm foothold, Barton realized a rebirth and moved towards his ideal step by step. He was also selected for the national football team and participated in the last two games of the World Preliminary Top 12.

In the Chinese Super League this season, Barton continues to grow rapidly.

In the battle with the Shenzhen team, Tianjin Jinmen Tigers did not play well, and they conceded a goal in the first 9 minutes of the game.

In the 21st minute, Barton equalized the score, but only 5 minutes later, the opponent took the lead again through a wonderful world wave.

In the face of adversity, Button stepped forward again to equalize the score, and then Beric, who came off the bench, helped the team to complete the reversal.

In the first and second half of the game, Tianjin Jinmen Tigers showed the opposite situation.

Talking about the mystery of the team's strong counterattack in the second half, Button revealed that the team's coach Yu Genwei made it clear during the halftime break that he would press the opponent to fight.

"We had one more day off than the opponent, and Director Yu told us that the opponent must be more tired, so we have to play the intensity of the game, press the opponent to play, and the score will definitely come back, there are still 45 minutes, everything is possible. ."

While the team achieved a reversal, Barton also achieved a new breakthrough in his personal career - scoring twice in the Chinese Super League for the first time, breaking a new season high with 3 goals in 7 games.

However, Button took it very lightly. He said: "Of course, the more goals you score, the better, but being able to help the team win is the most important thing."

In fact, Barton's growth is obvious to all. This is not only limited to the field, but he also gradually shows the general demeanor off the field.

At the beginning of this season, the team's record was poor, and the team's new foreign aid Rosa did not play very smoothly in the game, and once doubted himself.

Seeing the struggling teammate Rosa, Barton comforted: "You are a foreign aid, you are here to help us, so you must be excellent, don't question yourself."

In the last match against Meizhou Hakka, Rosa scored the first goal of the Chinese Super League.

In this campaign, the go-ahead goal in the Shenzhen team's game reversal came from Rosa's assist.

After reversing the Shenzhen team 3:2, Tianjin Jinmen Tigers have won 3 consecutive victories and climbed to the sixth place in the Chinese Super League.

However, Barton firmly believes that the team's three-game winning streak is just the beginning. "Now that foreign aid Beric has just recovered, Zhang Wei is not in the best condition. I believe that after they fully recover, the team will be more enriched in overall play and rotation. We The team is also in a virtuous cycle, when the foreign aid was recovering from injuries, young players Shi Yan and Xie Weijun both stood up."

In the next round, Tianjin Jinmen Tigers will usher in the "Beijing-Tianjin Derby" with Beijing Guoan, and Button will face his old club again.

For this game, Button believes that the team should try to calm down and be themselves, and the result will not be bad.

Chinese football is currently in a relatively difficult period.

Talking about his growth against the trend, Barton told a reporter from Chinanews.com that as a football player, the game is the most important.

In the previous World Preliminary Round of 12, Button had traveled with the team in the last two games.

Regarding the goal in the national team, Button told a reporter from Chinanews.com: "It is my primary goal to wear the national team jersey. There will be an Asian Cup game next year. If I can participate with the team, it will definitely be an honor and pride." (Finish)