Football: end clap for Jorge Sampaoli at OM, the club is looking for a new coach

Coach Jorge Sampaoli left Olympique de Marseille (OM) on good terms on Friday amid differences over the transfer window. Club president Pablo Longoria has already assured that he "had... 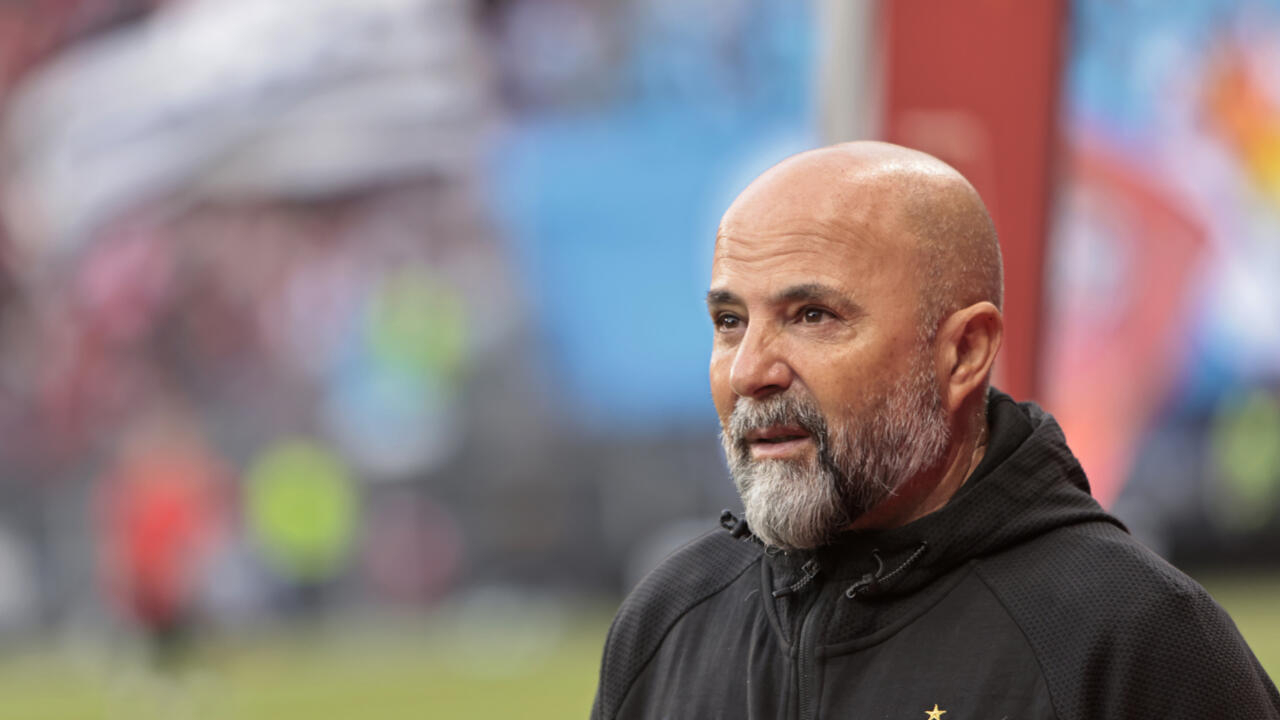 After just under 18 months and the immense joy of direct qualification for the Champions League, Jorge Sampaoli's career with Olympique de Marseille ended on Friday July 1 with the announcement of a separation by mutual agreement, against a backdrop of differences over the transfer window.

"We are satisfied with the path traveled and the emotions experienced together, but following a long reflection, the two parties, who are acting in the interest of the Olympique de Marseille project, have agreed to put an end to this step", writes OM in a press release.

"We leave a friend who behaved professionally and honestly until the end. We must thank him", declared Pablo Longoria during a press conference organized after the announcement of the departure of the Argentinian Sampaoli .

"My pace and my goals are not the same as those of the leaders. There is nothing wrong with pretending different things. The important thing is to strive for excellence and to want what is there. the best for OM", wrote Sampaoli in a message posted on Instagram.

In fact, the two parties found that there was an incompatibility between the ambitions of Sampaoli in the Champions League and the financial means of OM in the transfer window.

>> To read: Fifa bans OM from recruiting for a year after the Pape Gueye affair

"He talked about players that you just can't afford," a source with knowledge of the latest discussions told AFP.

"Pablo can't jeopardize the project, he can't go at this pace."

But as early as May, the Argentinian had sent a very clear message to his leaders as to his demands on the transfer window.

"Do we want the Champions League for the money or to be competitive in it? This is the most important thing for the president, the owner and the coach to know: to know why we gives this goal," he said.

"You have to know if there is the possibility of creating a Champions League team. Because playing the Champions League means playing against big teams. Coming to play a few matches and not really being part of the competition , it seems illogical to me", added Sampaoli, reputed to be very demanding in terms of recruitment.

For the moment, OM have only recruited two central defenders, Samuel Gigot and the young Isaak Touré.

Sampaoli was present when training resumed on Wednesday but the separation was recorded at the start of the week, before being officially announced on Friday.

"It's really an amicable separation. There is an understanding on each side that it is not possible to continue like this," the same source told AFP.

Still unstable, OM therefore find themselves again without a coach and in uncertainty just over a month from the resumption of the championship (August 7), even if Sampaoli leaves earlier than one of his mentors Marcelo Bielsa, who had resigned from OM to everyone's surprise after the first day of the championship in 2015.

Sampaoli's passage will remain above all the madness of the Stade Vélodrome on the final day of last season, when OM's victory against Strasbourg and a goal by Lens against Monaco at the last second, propelled OM in the Champions League.

"OM is a passion. Every time I entered the Vélodrome, my heart was pounding," wrote the Argentinian.

A candidate already in the lead

OM president Pablo Longoria assured Friday that he had "a privileged track" to replace coach Jorge Sampaoli, adding that he hoped the new coach could be at work next week.

"We have already started working on the sequel. We have very clear ideas, discussions with candidates. I believe that they are well advanced and we have a candidate in mind, a privileged track", assured the Spanish leader .

"We want to give character, it's necessary for OM. We have to change this team's game plan. Preparation starts on Monday and that will give the new coach time to arrive. Our objective is is to have it by the end of the week," he added.

A club spokeswoman then told AFP that the new coach could arrive "Monday or Tuesday".

The name of the Italian Roberto De Zerbi, coach of Shakhtar Donetsk until the invasion of Ukraine by Russia, circulates in Marseille, but has not been confirmed to AFP within the club.

"It's better to part ways now than in a month after the first league games. It would also have been unfair for a new manager to work with a team built for Sampaoli," Longoria also said.

"We remain friends. He is a gentleman who gave up his contract. He has enormous respect for the club," he also explained.