The Bahrain-Victorious cycling team was targeted on Thursday by a new search, ordered by French investigators, on the eve of the start of the Tour de France 2022 in Copenhagen, Denmark.&nbsp; 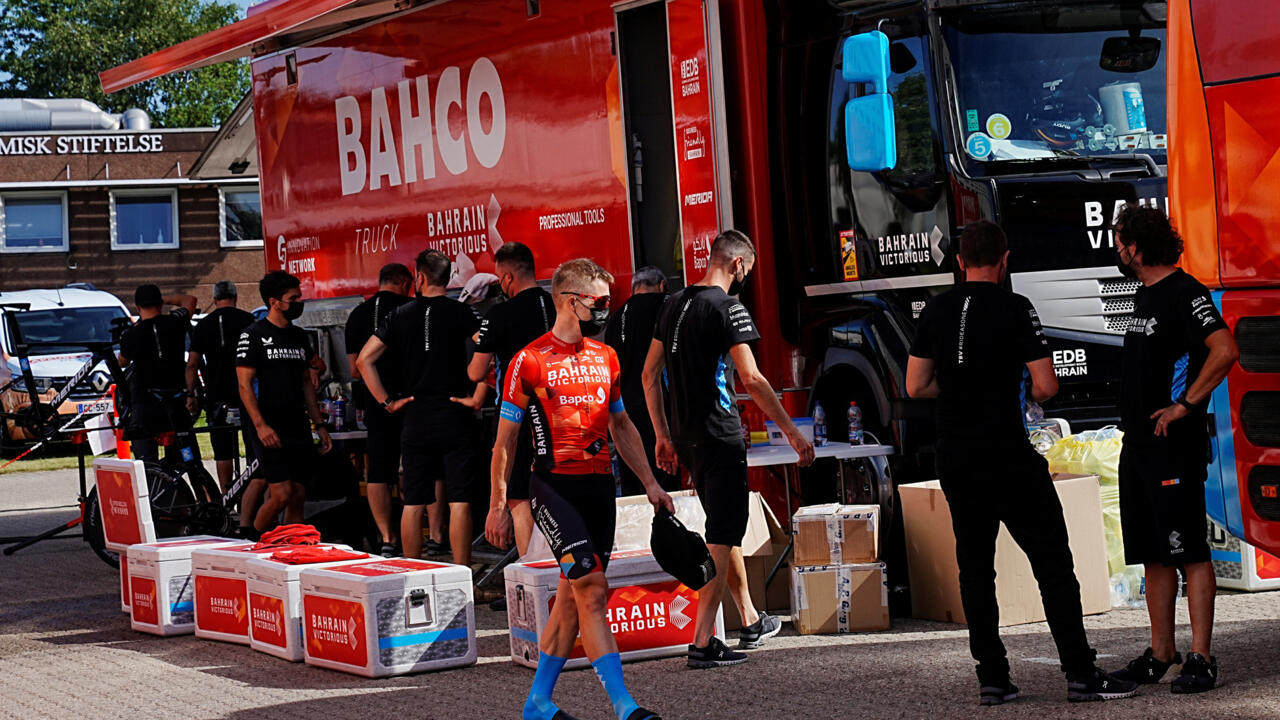 The investigation for suspicion of doping continues within Bahrain-Victorious.

The cycling team announced, Thursday, June 30, to have been the subject of a new search, at its hotel, on the eve of the start of the Tour de France in Copenhagen and at the request of French investigators.

No object was seized during this search, which lasted two hours, said the team, several of whose members have already been searched at the beginning of the week at their homes.

The training has been the subject since the Tour de France 2021 of an investigation by the Marseille prosecutor's office.

The operation was carried out by the Danish police, Thursday morning at 5:30 am, according to the details of the team.

The Italian Damiano Caruso, second in the Giro 2021, the Slovenian Matej Mohoric and the Belgian Dylan Teuns, already winners of stages on the Tour, are the most famous riders of the group aligned on the Tour de France alongside the Australian Jack Haig, third in the last Vuelta.

>> To read also: "Denmark, the country of cycling, welcomes the Tour de France"

"Officers have searched all team vehicles, staff and riders' rooms," added Bahrain, who said he did not want to make "any further comment on the matter": "The team is now looking forward to focusing on the greatest cycling race in the world, the Tour de France".

This search comes three days after the searches carried out in different countries at the homes of several members of the team.

Bahrain then declared that the investigation, which had been open for nearly a year, "did not yield any results".

"To date, the team has not been informed of the progress, the results or has received any feedback on the investigation from the Marseille prosecutor's office", noted Bahrain, regretting "the attack on the reputation of individuals and the team".

Following the search carried out in Pau during the last week of the Tour de France 2021, leaks had revealed last October that traces of tizanidine, a powerful muscle relaxant used against multiple sclerosis (but not prohibited by anti-doping regulations), had been found in the hair analyzes of several runners.

The Bahraini team had denied being informed and the laboratory had not confirmed the identities.

In the team lined up for the 2022 Tour, Mohoric, Teuns and Briton Fred Wright are the only riders in the formation who were still in the race last year when Pau was searched.