Denmark, the country of cycling, hosts the Tour de France

Copenhagen and Denmark are passionately welcoming the inaugural weekend of the Tour de France 2022. The opportunity to show that cycling is part of the country's DNA and that its riders weigh on the scene... 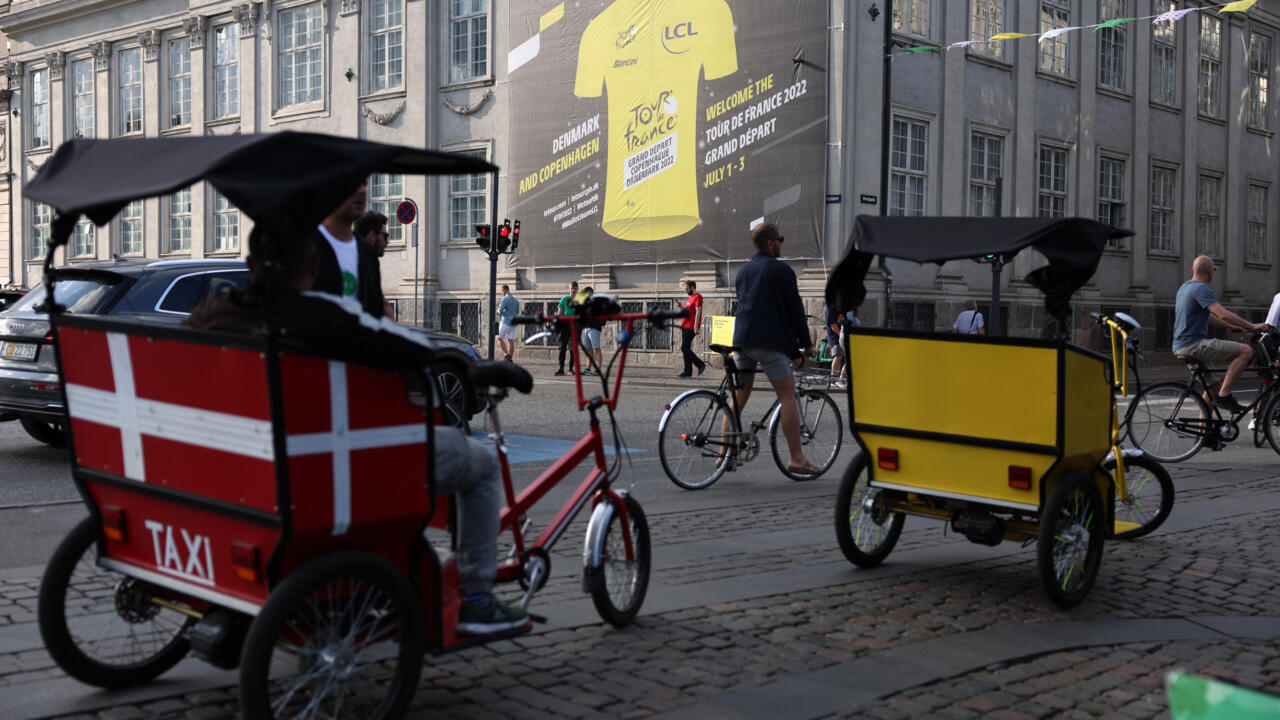 "The world's most bikeable city meets the world's greatest race."

The slogan was repeated excessively about the Grand Départ of the Tour de France given in Copenhagen on Friday July 1st.

However, it is not overused as Denmark represents a historic land of cycling and as this northern start arouses enthusiasm among local professional riders.

In addition to a time trial in Copenhagen, the 109th edition of the competition features a 374 kilometer course in Denmark, with two other stages.

"It's going to be great! It's going to be a huge party in Denmark", rejoices Cecilie Uttrup Ludwig, professional runner of the FDJ - Nouvelle-Aquitaine and reigning national champion.

"It's really great news to see the Tour de France in Denmark. It's the best thing that could happen to Danish riders. It won't happen often. It's a great honor", enthuses Magnus Cort Nielsen, EF Education-EasyPost rider and stage winner in 2018. “The idea of ​​racing the Tour de France at home is an indescribable emotion. . It will take me back to my younger years, when I became Danish junior champion (in 2011, editor's note)."

🚴 The excitement was clear in Tivoli a few days before @LeTour de France started in the Danish capital.

Tivoli has set up a salute to Paris for having the Grand Depart in Copenhagen, Denmark.

It is the most northern place the grand departure has ever taken place.

The Danish candidacy, supported by the highest political authorities and Crown Prince Frederik, won over the organizers of the Tour despite a day dedicated to recovery due to transfer after the most northern start in the history of the Grande Boucle.

"In Denmark, everyone is on a bicycle", insists the director of the Tour, Christian Prudhomme, who had postponed the departure from Copenhagen by one year to avoid duplication with matches of the last Euro football.

The country has 12,000 kilometers of cycle paths and it is estimated that one child in two goes to school by bicycle.

Nine out of ten Danes own a bicycle and use it several times a week.

It is even estimated that Copenhagen has 670,000 bicycles for 600,000 inhabitants – five times more than cars.

It must be said that Denmark has opted for a proactive policy in this area.

Since 2009, the State has invested more than 200 million euros in infrastructures and programs in favor of cycling.

In particular, "bicycle highways" have been developed to connect the suburbs to city centers and develop the practice.

"A lot of people in Denmark take their responsibilities, for their own health but also for the climate. That's why we cycle," said the president of the Danish Cyclists' Federation, Jens Peter Hansen.

Nearly 15% of the daily trips of the 5.8 million Danes are made by bicycle, compared to 4% of French workers.

When it comes to cycling competitions, Denmark is no exception.

The country was the first to host the world championships in the discipline in 1921. A Dane participated in the Tour de France in 1913, even if it was not until 1958 that Hans Edmund Andresen became the first of his compatriots to complete the the large loop.

If Bjarne Riis adds his name to the Tour de France prize list in 1996, he will later admit to having used EPO during his career.

Michael Rasmussen, meanwhile, seemed destined for victory in 2007. However, he was sent off by his team, Rabobank, a few stages from the finish despite wearing the yellow jersey.

He is accused of having evaded doping controls before the start of the Tour and of having lied about his schedule.

Dark years that have been forgotten by a talented new generation, including Magnus Cort Nielsen, Soren Kragh Andersen, double stage winner in 2020, or even Mads Pedersen, world champion 2019. All of them had checked off this start of the Grand Tour in their agenda, even if some, like Soren Kragh Andersen, were ultimately not retained by their team.

Kasper Asgreen in yellow at home?

Sportingly, this three-day visit to Denmark should feature two major highlights: a time trial on Friday (favorable to the world champion in the discipline, Filippo Ganna) and a daunting finish during the second stage, with a very exposed to the wind on the bridge that connects the two largest islands in the country.

A configuration that could benefit Kasper Asgreen, another local, comfortable in both exercises.

"It's a dream to take the yellow jersey in Denmark. As for all riders. But I'm realistic, it's going to be complicated for me. The time is too short for me and the other stages won't make the difference . I know that we will be in great demand with the other Danish riders. It will be superb. I dream of snagging a stage victory", notes Magnus Cort Nielsen.

"Starting the Tour de France in my country of origin will be a unique experience for me", welcomed Jakob Fuglsang, appointed to the role of leader for Israel PT.

"After my victory at the Mercan'Tour and my third place overall in the Tour de Suisse, I feel ready to face this Tour."

From there to dream of a Danish victory on July 24 in Paris?

Possible, but Jakob Fuglsang is far from being the best able to achieve this feat.

Jumbo-Visma's Jonas Vingegaard is probably best suited for this.