The issue of participation of transgender people in competitions is now being discussed not only by international federations, but also by governments. UK Sports Minister Nadine Dorris has demanded that sports organizations leave women's tournaments for those who are born a woman. According to studies, even a decrease in the concentration of testosterone in the human body when changing sex on an ongoing basis does not lead to a significant decrease in the physical qualities that were developed earlier. According to the doctor-endocrinologist Marina Kalashnikova, the formation of the musculoskeletal system occurs in a man under 20 years old. 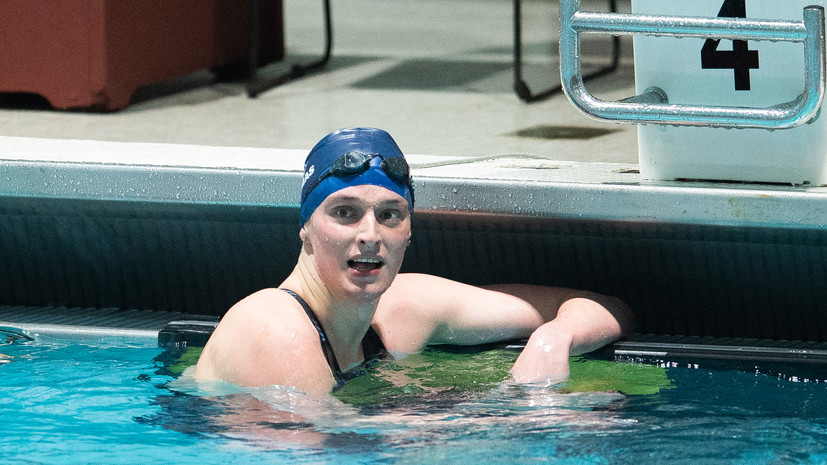 The issue of participation of transgender people in competitions is increasingly being raised by officials at various levels.

And first of all, it affects swimming and athletics.

It is in these sports that there are more and more athletes changing sex.

So, quite recently, a wake-up call sounded in the United States, where the participants in the Tokyo Olympics were bypassed by Leah Thomas, who just a couple of years ago took part in men's swims.

This caused indignation and protests from public organizations fighting for women's rights.

As a result, at the last FINA congress, it was decided to tighten the admission of transgender people to starts: now the body of such athletes should contain no more than 2 nmol / l of testosterone.

In addition, the transformation must be completed before the onset of puberty.

“Athletes who wish to qualify for this standard will be required to show that they have suppressed male puberty from Tanner stage II or age 12, whichever is later.”

In the UK, they went even further by raising the issue of transgender people at the government level.

Minister of Digital, Culture, Media and Sports Nadine Dorries said that women's competitions should be born to women.

The country was also not without scandal.

In early June, the first two places in the ThunderCrit cycling race were taken by Emily Bridges and Lily Chant, who are both biologically male.

However, this practice in the kingdom wants to stop.

“This is a difficult and emotional question, but it has been avoided for too long.

We cannot pretend that gender does not directly affect athletic performance.

Asking women and girls to compete with those who are biologically born male is fundamentally unfair.

I made my position quite clear today ... But we need to do it in a way that ensures the protection and understanding of all athletes, including through the creation of open categories, ”Dorris quotes Inside the games.

Following the rest, they thought about tightening the admission of transgender people to women's tournaments and World Athletics.

This was stated by the head of the organization Sebastian Coe.

This issue is planned to be discussed at the end of the year.

As Sergey Arkhipov, a traumatologist-orthopedist, doctor of medical sciences, professor of the Department of Traumatology, Orthopedics and Disaster Surgery at Sechenov University, notes, admission to competitions in terms of testosterone levels is not entirely effective, since an athlete will reduce it only during starts, as wrestlers lose weight before fight, and then during training will continue to build muscle mass and develop strength in a comfortable state for himself.

“We, it turns out, initially put people in unequal conditions.

Even if the boy's testicles were removed, which does not always happen, the testosterone trace in the body remains for a long time.

But the bulk of transgender people keep their testicles because they want to have children in the future.

And from them you can take a spermatozoon and produce artificial insemination.

No matter who he declared himself to be, testosterone continues to be produced in the body.

And we need permanent female drugs that will oppress him, ”the RT specialist explained.

Interestingly, according to a 2021 study by scientists from the University of Manchester, even a decrease in the concentration of testosterone in the body of a transgender person on an ongoing basis does not lead to a significant decrease in the physical qualities that were previously developed by a person.

According to Marina Kalashnikova, an endocrinologist, Doctor of Medical Sciences, Professor of the Department of Endocrinology at Sechenov University, the formation of the musculoskeletal system occurs in men under 20 years of age.

And after this age, it is unfair to compare the level of development of the male body with the female.

“Moreover, even if the transition is carried out after 16, the athlete’s body is already formed either according to the male or female type.

This is muscle strength, mass, height.

But in certain sports, if it is not chess, these factors play a role, ”the endocrinologist said in an interview with RT.

Therefore, the second limitation of FINA - transformation up to 12 years old - also looks quite logical, since at this age the athlete's muscles do not have time to form yet, and the testosterone level in boys and girls is the same.

However, at this age, the child is not yet ready to make such cardinal decisions as a sex change.

Therefore, the creation of separate competitions for transgender people seems to be the most correct solution.

However, the silver medalist of the London Olympics Evgeny Korotyshkin is sure that the open class will also be negatively perceived by society.

“Any decision taken will cause criticism and will be an infringement of someone's rights.

FINA will have to introduce the same prize money for the new category at the World Championships as other athletes, and the level of competition in that category will be lower.

It will be an endless story with talk about discrimination, ”Match TV quoted the sportsman as saying.