Alexandra Trusova celebrated her 18th birthday with the song "Hands Up!" and tried a new kind of athletics - pole vaulting. Alena Kostornaya and Arthur Danielyan hinted at a romantic relationship by showing paired tattoos. ISU did not include Anna Shcherbakova in the photo collection dedicated to the celebration of the International Olympic Day, which outraged not only Russian, but also foreign fans. Evgeni Plushenko refused to coach Anastasia Zinina, and Tiffany Zagorski and Jonathan Gureyro once again denied the rumors about their retirement. What is discussed in the world of figure skating - in the material RT. 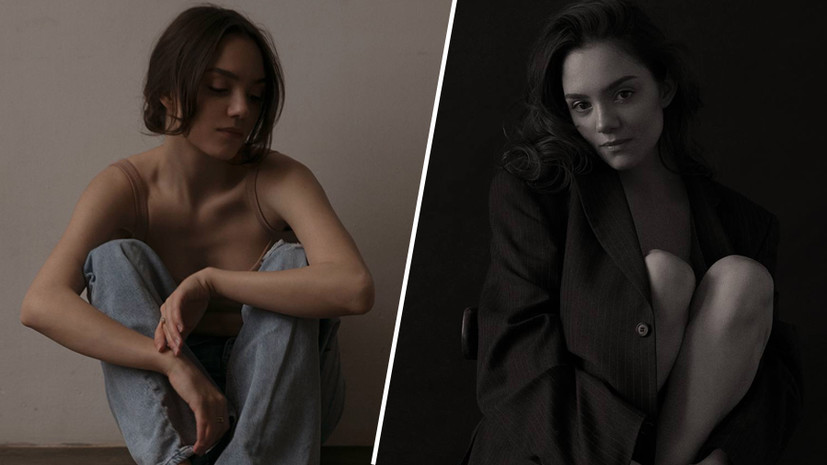 As the athlete said, she received the first congratulations from her young man, Mark Kondratyuk, and then from her parents.

The silver medalist of the Beijing Olympics did not arrange any big celebration, as she is at the training camp in Novogorsk.

Partners and coaches congratulated her right on the ice to the song “Take Me Soon” by the group “Hands Up!”, And then Sasha was waiting for the usual routine - choreography and jumping.

But still, there was a place on this day for something new and unusual.

On her holiday, Trusova, together with Kamila Valieva, Vladimir Morozov, Daria Usacheva and Maurice Kvitelashvili, learned to pole vault and throw a spear.

Then she admitted that she would like to try her hand at pole vaulting, but she is afraid.

The figure skater managed to establish a run-up and repulsion ... and even fly up to the mats.

Not bad, according to the 2020 Russian champion Nikolai Orlov, the skaters also coped with the spear.

“They are all hardworking, listened carefully to our instructions and from the first time they began to do what we told them correctly,” the athlete said, talking about the event.

And after training, the birthday girl went to meet with fans who filled her with flowers and gifts.

And thanks to you all, I will remember this day forever!

Thank you for the congratulations, surprises, kind words, wishes and your love!

I only dreamed of such a wonderful birthday!”

- the skater wrote in her Telegram channel.

One of Evgenia Medvedeva's favorite activities seems to be shooting.

In the first, she poses in lingerie and a black jacket, and in the second, in a beige bustier and unbuttoned jeans.

Both posts in the athlete's Telegram channel, of course, collected several hundred enthusiastic comments each.

But in addition to filming, Evgenia manages to do many more things.

So, recently she defended her diploma on the topic “The influence of modern equipment on the technique of performing elements in figure skating” at RSUPESY&T.

“Who knows, maybe in the future you will be able to work as a coach in figure skating?”

And on Sunday, the ex-world champion held an open yoga lesson in the Tsaritsyno estate together with a professional teacher.

The event was attended by about 80 thousand people.

Upon graduation, Evgenia admitted that she had only done yoga “a couple of times” before.

“When they called me here, I agreed, I liked it.

Hopefully not just me.

At first it was hard, at the 15th minute I got involved.

She is going to concentrate on skating and dancing, which she has recently taken up.

At the same time, you should not expect new programs in ice shows from her - the athlete will skate those that were staged back in the spring.

And during the season, she plans to appear at competitions organized by the FFKKR, and, possibly, comment on them.

A worthy answer to Shcherbakova

June 23 is International Olympic Day, but it was marked not only by congratulations and honoring the Olympians, but also by an extremely ugly act on the part of the ISU.

In their social networks, the organization posted a selection of photos of the Beijing 2022 champions, where there was a place for the French Gabriela Papadakis and Guillaume Sizeron, the Chinese Sui Wenjing and Han Cong and the American Nathan Chen.

But instead of the winner in women's single skating, Anna Shcherbakova, the collage turned out to be the Japanese figure skater Kaori Sakamoto, who became only the bronze medalist of the competition.

This caused a wave of bewilderment and indignation not only among Russian figure skating fans, but also among foreigners.

The ISU publication on Twitter has hundreds of comments, where almost every second one repeats the same question in different variations: “Have you forgotten who became the Beijing Olympic champion?”

Ilya Averbukh, commenting on what happened, called the ISU's behavior the pinnacle of stupidity.

According to him, the contribution of Russian and Soviet athletes to the development of figure skating, as well as to the formation of the international federation itself, cannot be overestimated.

“It is huge, and the glory of figure skating, its history is largely associated with Russian names, more than 50 years.

Stupidity and an indicator of weakness, I can’t call it otherwise, ”said Averbukh.

In turn, the President of the FFKKR Alexander Gorshkov wondered who in the ISU made such a decision and for what purpose.

In his opinion, such an act is not only directed against Anna, but also casts doubt on the results of the figure skating competitions at the Beijing Games and thereby seriously discredits the organization and compromises the IOC as the main organizer of the sporting event.

“I really hope that this situation will be properly explained and the Olympic champion Anna Shcherbakova will be apologized,” Gorshkov said.

The figure skater herself did not stay away from what was happening, who published a worthy answer in her social networks.

I believe that everyone is equal in sports.

Since the recent ISU post, I have received many kind messages from people around the world.

Intriguing tattoos of Kostornaya and Danielyan

It seems that another couple was born in figure skating.

And we are not talking about pair skating or ice dancing.

The other day, Alena Kostornaya published a photo on the social network, which depicts two hands - male and female - with paired tattoos of characters from the famous Disney cartoon "Lilo and Stitch" and hearts.

“What would it be…” — the figure skater mysteriously signed the picture.

After that, Kostornaya was captured at a training camp, and the same tattoo is noticeable on her left arm.

The fans immediately remembered that Alena recently spent a lot of time behind the scenes of the Evgeni Plushenko show in the company of Arthur Danielyan.

And after some time, the athlete published in his Telegram channel several selfies decorated with hearts, one of which clearly shows a blue Stitch - the same as in the photo of Kostornaya.

“It’s like they are dating Alena,” the subscribers concluded.

Danielyan and Kostornaya train in a group with Elena Buyanova, but have been talking for a long time.

A year ago, the athlete showed a video with a dance that they performed together.

“There were dance support, now we are reaching a new level,” the athlete wrote then.

By the way, the other day, Alena, in a conversation with subscribers on the network, admitted that she would be interested in trying herself in pair skating.

“And I can say with confidence that I will ride again,” she said.

Fans also asked the skater if she had a motto.

She replied that there was more than one.

Rumors about Zagorski and Gureiro

Rumors about the personal life of skaters are second in popularity, perhaps, only to talk about a possible change of coach or about ending a career.

So, not for the first time in the press there are reports that Tiffany Zagorski and Jonathan Gureyro are ready to hang up their skates.

Once again, they started talking about this after the dancers were not included in the list of the national team for the upcoming season.

According to a RIA Novosti source, this means that athletes will no longer receive salaries from the Ministry of Sports.

“Well, how can a French woman who rents an apartment here live without getting a penny?

She already paid for the apartment herself, no one helped her, the federation did not help.

This was the reason that they would not continue their professional career.

They don’t want to ride like that, ”the agency quoted the source as saying.

However, Jonathan once again denied the circulating rumors and explained why the couple had not yet started working on new programs.

“We had a tough season, Tiffany still has not fully recovered.

Therefore, in our situation, it would be strange to rush to make programs, especially since there is still little clarity with the international calendar for the upcoming season.

But we do not raise the issue of ending a career.

And we really would not want the media to decide such things for us, ”TASS quoted Gureiro as saying.

The gap between the Plushenko and Zinina academies

This off-season in figure skating turned out to be rich in transfers of talented juniors.

So, Sofia Samodelkina came to Svetlana Sokolovskaya from Segey Davydov and Nikolai Kolesnikov from Eteri Tutberidze.

Yegor Rukhin from Khrustalny went first to Plushenko's Angels, but did not stay long and moved to Alexander Volkov.

And here is a new discord: Plushenko's team announced the breakup with promising junior Anastasia Zinina due to "violation of sports discipline."

According to the two-time Olympic champion, the figure skater was injured, she was forbidden to perform jumps, but she did not obey the coaches, but did as her mother told her.

“In the current situation, we cannot be responsible for her health, which is why it was decided to expel Zinina.

There are enough precedents in our sport when athletes ended sports because of their independence or the influence of their parents.

In our academy, such things are unacceptable, ”TASS cites Plushenko’s explanation.

Now the athlete, who has a quadruple sheepskin coat, will train at the Figure Skating Army club under the guidance of Alexei Vasilevsky.

“Nastya came to us with an injury.

Now she is under the supervision of a doctor who has found the true problem, but the training process does not stop.

Our work is built on positive, human factor and human attitude.

Nastya is a wonderful person, and we will do our best.

The main thing is health and positive, ”said the specialist on this occasion.