Strategic draw: Nepomniachtchi ended up in a draw with Caruana and retained his lead in the Candidates' Chess Tournament

Ian Nepomniachtchi has retained his lead in the Candidates Tournament for the Chess Crown, which is taking place in Spain. After nine rounds, he is one point ahead of American Fabiano Caruana. The second face-to-face confrontation between the two leaders again ended in a draw on the 40th move. On the weekend, the Russian defeated Richard Rapport with black pieces and played with white pieces with Ding Liren. 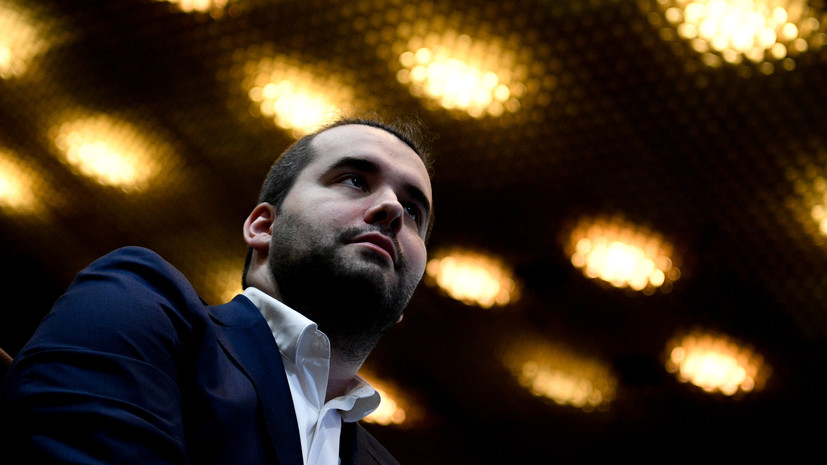 Ian Nepomniachtchi approached the key meeting of the second round of the Candidates Tournament with Fabiano Caruana in the status of the sole leader and without defeat.

The latter circumstance, according to experts, is of great importance in advancing the Russian to the cherished goal - another championship match with Magnus Carlsen.

As grandmaster Sergei Shipov noted, it is very important for Nepomniachtchi not to lose in order to maintain a positive mental attitude.

“He has two opponents: Caruana and himself.

If Yang does lose one game, what happens next?

Everyone remembers the sixth game of the world championship match.

If Yang loses the balance between cold reason, creative search and the pressure of this nervous system, then a sharp decline can occur.

Some plus he will inevitably pick up.

Therefore, Jan just needs to get half a point more, ”Match TV quotes the chess player.

So far, Nepomniachtchi is coping with this task more than successfully.

In the match of the seventh round, he defeated Richard Rapport, thus completing the first half of the tournament with four wins.

Interestingly, in this meeting, the Russian at some point offered his opponent a draw, but he refused - for which he later paid with a defeat.

In the eighth round, Yang met with the Chinese Ding Liren, and he quickly brought this match to a draw, making a smart strategic move and saving energy for the upcoming meeting with the main opponent.

But Caruana on this day spent an exhausting six-hour game with compatriot Hikaru Nakamura, which ended in the victory of the latter, and this allowed the Russian to break away from his pursuer in the standings by a whole point.

The face-to-face meeting of the two leaders in the first round ended in a draw, but then Nepomniachtchi played with white pieces.

This time, the first move was for the American, who in every possible way demonstrated his resolute attitude to win.

For the Russian to keep the first line in the standings, it was enough not to concede, but this task was also very difficult.

At the beginning of the match, Caruana acted quite quickly, while Nepomniachtchi often took long pauses to think.

At times he managed to aggravate, but the opponent responded no less aggressively.

The Russian managed to seriously confound Caruana on the 17th move: the American was thinking about the next move for more than half an hour.

Shortly thereafter, the chess players traded queens, and then Fabiano gained an advantage by capturing the pawn on d5 with his knight.

With the next move, the Russian, of course, took the king away from the threat, but the situation looked rather deplorable for him and, with proper development from the American, left few chances for a positive outcome.

However, after almost 20 minutes of thinking, Caruana did not find anything better than to capture the pawn on f5 with the bishop, thus giving Jan the opportunity to get out of the situation with honor.

If a few moves earlier the computer unequivocally gave the advantage to White, now the machine has fixed the equality.

And Nepomniachtchi almost squeezed the maximum out of his opponent's misfire.

The American, being in time trouble, began to make mistakes, and Jan had a real chance to bring the match to victory.

But he, alas, stepped on the same rake.

No wonder Carlsen joked with the Russian, saying during the broadcast of his match with Nakamura that Jan was back to his old ways, "quickly making bad moves."

But this draw with the main competitor still makes Nepomniachtchi even closer to winning the tournament and fighting for the chess crown again.

Thus, the chances of the rest of the participants to intervene in the struggle for victory between Nepomniachtchi and Caruana look rather illusory.

“This draw is in favor of Jan, he played black.

Caruana is basically the only opponent in the tournament and Jan kept a one-point lead, so it was important to keep the draw.

Ahead of the athletes are five more rounds, and the most difficult match for Nepomniachtchi looks like a match with Nakamura.

However, the meeting of the first round with the American Yan frankly failed, and one can hope that the new one will take place in a completely different way.

Moreover, the Russian will have the advantage of the first move.

He will also play with White against Rapport and Radjabov, over whom he has already gained the upper hand in this tournament.

And the Russian will play the remaining two meetings with black against Firouzja, who crumbled during the competition, and Jan-Krzysztof Duda, an obvious outsider.

So far, the chess players are going on a day off, they will continue the fight on Wednesday, June 29th.