Colorado clinched the Stanley Cup for the third time in franchise history by winning Sunday's NHL Finals against the Tampa Bay Lightning (2-1). 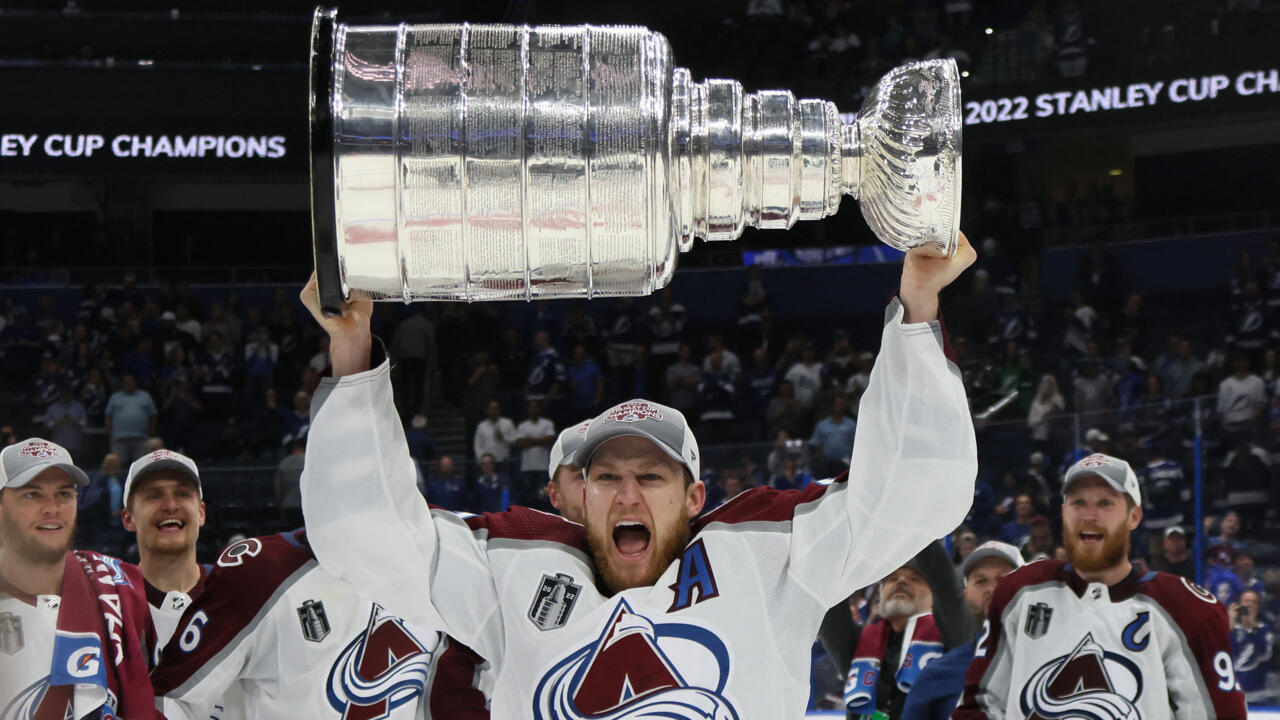 Colorado lifted the Stanley Cup for the third time in its history after winning (2-1) Sunday in the final of the North American Ice Hockey League (NHL) against the Tampa Bay Lightning, two-time defending champion.

Already crowned in 1996 and 2001, Colorado dominated the series 4-2 and above all ended the reign of Tampa Bay, which had been flying over the NHL since the 2019-20 season thanks in particular to its two Russians, the prolific striker Nikita Koutcherov and the goalkeeper Andrei Vasilyevsky.

While they had only one game to win to celebrate their victory, the Avalanche players had grilled a cartridge by bowing Friday in front of their audience (3-2).

But they knew how to react perfectly in Tampa Bay to avoid a final meeting under tension in Denver.

The outcome of this final, played in the best of seven sets, owes a lot to Nathan MacKinnon, author of a goal and an assist.

"It's incredible," said the hero of the evening.

It is difficult to explain.

On the other hand, it was his Canadian teammate Cale Makar who was named best player of the play-offs having scored 8 goals and delivered 21 assists in 19 matches.

"It's so great to be part of this group and to be rewarded, said the 23-year-old defenseman. I'm so proud of the boys. I grew up with the images of the Stanley Cup on my bedroom walls. . It's surreal and amazing."

"The last three years have been incredible, said Tampa Bay captain Steven Stamkos. For many other teams, it would be called an incredible season, but for us, it's a disappointing end."

In this 2022 final, Colorado, alternate scorers of Nashville (4-0), St. Louis (4-2) and Edmonton (4-0), still raced ahead winning the first two meetings at home. , including the second where the Avalanche buried the Lightning 7-0.

Tampa Bay had regained hope by offering their third duel in Florida 6-2, but Colorado broke again to lead 3-1 before missing a first chance to close the series definitively on Friday.

Colorado, carried by MacKinnon – 32 goals in the regular season – finished with the second best record in the first phase of the 2021-22 Championship.

Prior to this season, the Avalanche hadn't made it past the conference semifinals since 2002. Just five seasons ago, the Denver franchise was the laughingstock of the NHL after finishing the 2016-17 regular season with a calamitous record of 22 wins and 60 losses, one of the worst in history.