"Big surprise": Khachaturyants left the post of president of the RPL, Alaev was appointed acting

Ashot Khachaturyants vacated the post of head of the RPL, which he had held since last fall. The functionary asked to appoint the head of the FNL and the general secretary of the RFU, Alexander Alaev, in his place. The league council approved the choice and voted for the candidate almost unanimously. Alexander Dyukov thanked the functionary for the work done and wished good luck to his successor. According to the president of "Torpedo" Denis Maslov, what happened was a complete surprise for him, and the well-known coach Yuri Semin, in turn, expressed confidence that the acting one would cope with the responsibility entrusted to him. 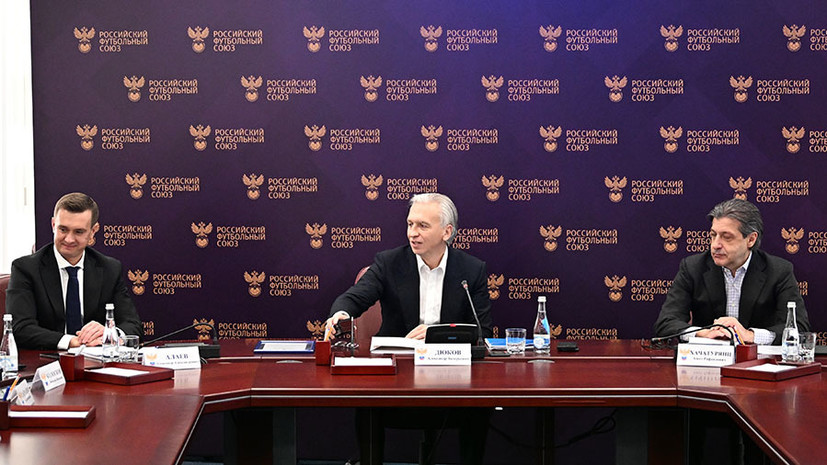 The departure of Ashot Khachaturyants from the post of head of the Russian Premier League (RPL) can hardly be called a surprise, because rumors about his unwillingness to occupy a leadership position on the sidelines have been circulating for more than one month.

On Monday, at the general meeting of the league, the functionary finally made the appropriate statement.

He thanked all the leaders and owners of the clubs for their trust and listed the positive aspects of his work at the head of the RPL.

“My team and I managed to put the league and interaction with its clubs on a new track.

We have launched and continue the transformation of the RPL, business processes are being established.

We signed contracts with new reliable partners and sponsors, which allow the clubs to stand firmly on their feet and look to the future with confidence.

This, of course, is of key importance in our economic realities, ”the league’s official website quoted Khachaturyants as saying.

In his place, he recommended appointing the current president of the FNL and the general secretary of the RFU, Alexander Alaev.

According to RB-Sport, out of 16 teams, only one abstained - Zenit.

The new head, according to the regulations, was appointed to the position as "acting".

In the near future, the RPL should organize elections, the nomination of candidates for which is carried out no later than 40 days before they are held.

Alaev immediately expressed a desire to participate in them and promised, if the members of the league supported him, to leave his posts in the FNL and the RFU.

“It is an honor and a challenge for me to receive an offer to lead the League.

President of the RPL, I consider it necessary to maintain a course towards increasing its economic attractiveness, taking into account the interests of clubs and partners.

I hope Ashot Rafailovich will remain in the RPL team in a new status, which will allow us to continue working together to create the best sports product in the country, ”the functionary emphasized.

Later, he spoke in more detail about his plans for the new post.

Alaev intends to adhere to the adopted RPL development strategy and is going to discuss its details with all members in order to "jointly approve them and begin implementation."

Separately, he spoke about the idea of ​​reforming all levels of domestic football.

“There are several scenarios that will be discussed.

Already on July 7, a systematic large-scale discussion will begin at the general meeting of the FNL.

I hope we will finish this work next year.

Our task is to link all football into one pyramid.

Unfortunately, now, since the upper echelons play according to the autumn-spring system, we do not have a closed and full-fledged structure.

We want the system of Russian football to turn out to be stepwise and unified, ”quotes the acting.

head of the RPL "Sport-Express".

Supported castling in the Premier League and the head of the RFU Alexander Dyukov.

He thanked Khachaturyants for the work done, especially noting the signing of "agreements on record contracts with partners", and expressed the hope that Alaev will cope with the responsibility entrusted to him.

“He has been working in leadership positions in football for a long time, so it is not surprising that the clubs considered it right to entrust him with the post of interim president,” the head of the federation emphasized.

“Even on Sunday, they couldn’t even think of this”

For the teams themselves, the departure of Khachaturyants turned out to be an unpleasant surprise.

So, the president of "Torpedo" Denis Maslov, in a conversation with an RT correspondent, admitted that no one expected this.

“We had absolutely no information on this subject, although there were various rumors.

Even on Sunday, such a step on the part of Ashot Rafailovich could not even be thought of.

I don't know why he made this decision.

He simply asked for his resignation, and the clubs accepted his request, ”said Maslov.

He supported the appointment of Alaev in his place.

In his opinion, Alexander has a wealth of experience.

“Let's not forget that he not only held leadership positions in the RFU and FNL, but also contributed to the development of beach soccer in the country.

And the age of Alexander Alexandrovich does not bother me at all, because I myself headed the club at the age of 26.

Trusting a person is absolutely normal.

I am sure he will cope with his duties, ”added Maslov.

In turn, a member of the Khimki supervisory board, Roman Teryushkov, called Khachaturyants' departure completely his choice and stressed that the clubs supported him to the end.

The leaders of other teams did not hide their disappointment either.

So, according to the president of "Rostov" Artashes Arutyunyants, even in a short time, the functionary managed to do a lot of work and bring a lot of benefits.

Supported him and the owner of "Spartacus" Leonid Fedun.

“I am very sorry that he left.

He was efficient in his place.

I was able to increase the financing of the RPL by an order of magnitude, the contract with the sponsor for 11 billion rubles will remain a good legacy.

I understand the reasons for his departure, but they are not for the press, ”Fedun explained to R-Sport.

“All the activities of Khachaturyants were in the interests of football”

Khachaturyants not only left the RPL, but also left the executive committee of the RFU and left the post of head of the Expert-Judicial Commission under the president of the federation.

The activities of the functionary in this position were positively assessed by many and noted that under him there were fewer errors and bias in the actions of the arbitrators.

The authority of Khachaturyants only grew over time, and therefore no one was surprised when last fall he replaced Sergei Pryadkin, who had retired not without scandal, at the head of the RPL.

In the person of the successor, many saw a successful and, in addition, an independent manager who is able to bring serious money into domestic football.

To a large extent, these assumptions were justified.

So, it was the arrival of Khachaturyants that allowed the league to sign a new four-year contract with Match TV.

We also managed to extend the agreement with the general sponsor Liga Stavov until the end of the 2025/26 season.

The bookmaker stressed that it will be a record price.

In parallel, negotiations were underway with the title sponsor.

According to the latest media reports, the Mir company has the best chances for cooperation, which plans to sign a four-year contract for 800 million rubles, which is almost three times more than the previous agreement with Tinkoff.

However, back in the spring, some publications wrote about Khachaturyants' desire to leave his post.

According to the famous coach Yuri Semin, it is necessary to thank for everything that he managed to do.

“The departure of Khachaturyants was a big surprise for me.

I think that even in the short period of time that he spent at the head of the RPL, he did a lot of work.

And most importantly, all his activities were in the interests of football and the Premier League.

He made very competent professional decisions.

Ashot Rafailovich should be thanked very much.

It is difficult for me to judge whether he was in a hurry or not, leaving the RPL.

This is only his choice, ”said the specialist in an interview with RT.

The appointment of Alaev to a responsible position looks like a logical step, because he has been working in the structure of the RFU for ten years.

Over the years, he has held the positions of executive and general director of the federation, and from 2018 to 2019, he acted as its head.

In February 2021, he headed the FNL, so the transition to promotion to the elite league is quite understandable.

Also, the owner of the silver medals of the European Cup in beach soccer has done a lot for the development of this sport in the country.

Including thanks to his efforts, Russia received the right to host the final stage of the World Cup in 2021.

“I assess the appointment of Alaev positively.

This is not a random person for football.

For example, he showed himself well when he headed the RFU on a temporary basis.

He established himself as a competent assistant to Dyukov.

Then he worked for the benefit of the development of the FNL.

I think that this is already a very experienced manager, and he was trusted for a reason.