Rubensson and Blackstenius back in training

Elin Rubensson and Stina Blackstenius have taken it easy at the beginning of the week. But now they are training full time - and both expect to play Tuesday's European Championship rematch against Brazil. - It will be easy to worry and end up in catastrophic thoughts that it will get worse, but now it has gone in the right direction so it feels good, says Blackstenius. 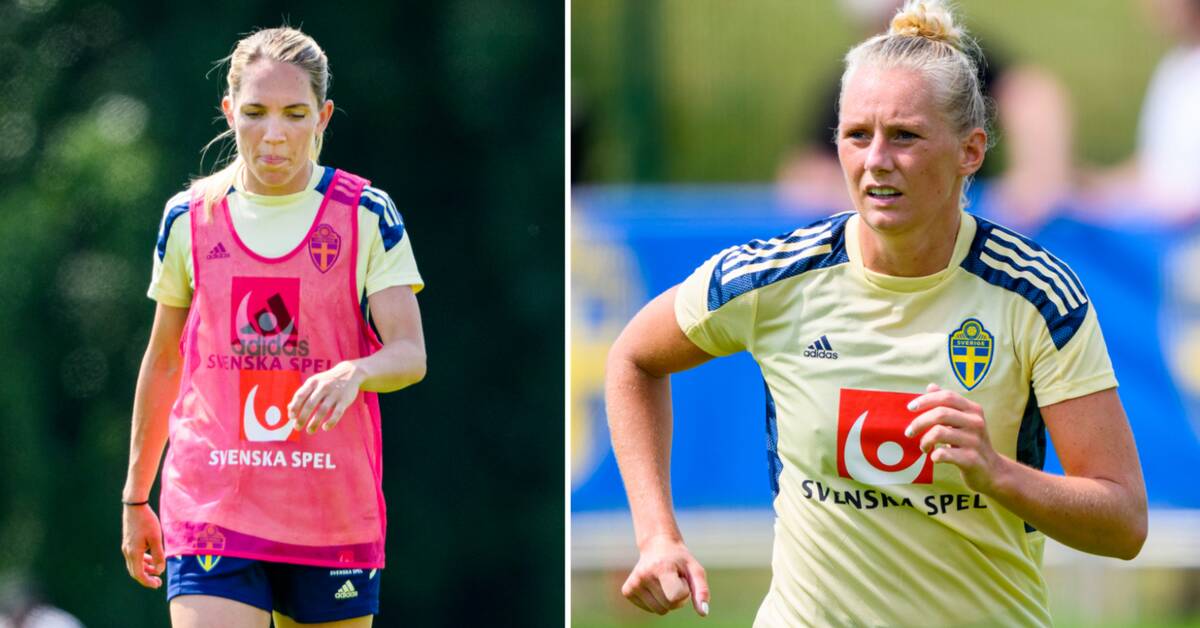 Both Elin Rubensson and Stina Blackstenius have been plagued with injury problems recently.

Rubensson has struggled with an overexertion in one thigh and Blackstenius was forced to start from Monday's training after an injury.

But now they are back and training full time.

- I feel good, everything has gone according to plan and I have trained fully now and pressed hard today so it feels fun, says Rubensson who has not been worried even though she has not played a match since May 29.

- I have a very good basic physique that I built up this season so I'm not so afraid of that, then it's clear that it was a while since I played a match but I do not feel worried about that, she says.

Blackstenius has trained with a taped leg during the end of the week.

- Now I have trained fully the last few days, it has been a positive development from the first days when I felt a little tired but it was best to take the safe before the unsafe, she says.

Did you yourself get worried?

There was nothing that happened, more than fatigue and a habit that I did not play football for a while and get my body used to playing football again.

It was just a small reaction but it will be easy to worry and end up in catastrophic thoughts that it will get worse, but now it has gone in the right direction so it feels good

You have trained hard taped?

- It has only been a support for my leg, you can almost ask the medical team about but it helped in any case.

Are you ready for 90 minutes against Brazil?

-I really do not know.

It's probably a bit unreasonable to play 90 minutes considering that I have not played a match in a very long time, but first and foremost you should be in the starting eleven, we'll see when the match approaches but I hope I can be ready for a few minutes anyway.