Al Ain Football Club announced, through the official website, that the Ukrainian coach, Sergey Rebrov, will continue until June 2023, by activating the clause to renew the contract for an additional season before the expiration of the contract between the two parties based on the common desire to complete the team project that 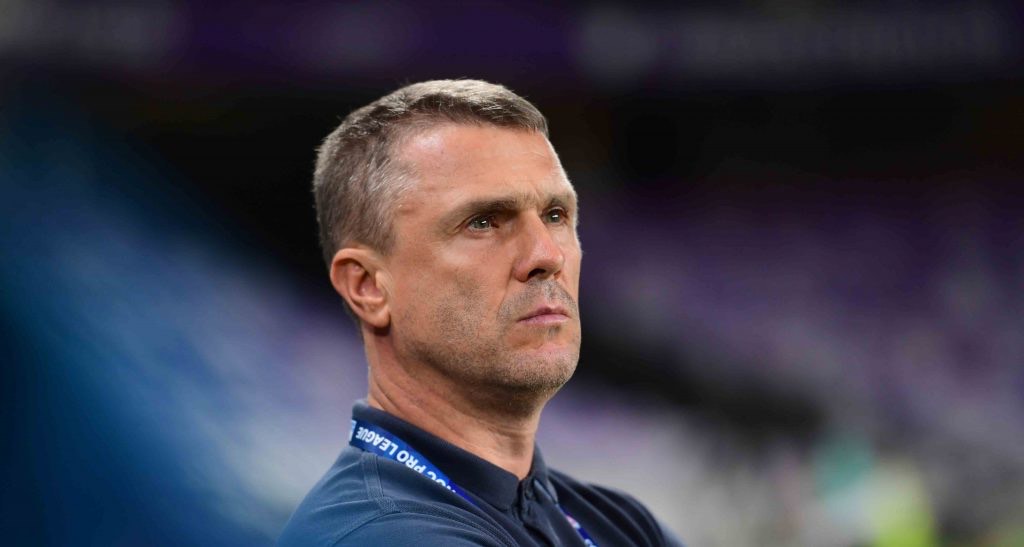 Al Ain Football Club announced, through the official website, the continuation of the Ukrainian coach, Sergey Rebrov, until June 2023, by activating the clause to renew the contract for an additional season before the expiry of the contract between the two parties based on the common desire to complete the team project that can achieve ambitions And the dreams of a big club fan.

Al Ain’s announcement of the renewal of confidence in the Ukrainian coach, Sergey Rebrov, comes in conjunction with the completion of all the preparations for the new season, amid an atmosphere full of optimism, and a strong desire to enhance the positive situation experienced by the leader of our league, to follow his strong appearance during the journey to defend the logo in the challenges of the new season. In order to achieve more successes and consolidate the balance of achievements.

In his first statement after activating the contract renewal clause, Rebrov expressed his deep gratitude and appreciation to the Board of Directors of Al Ain Football Club, headed by Dr. The desired goals, which I touched before I officially assumed the task during the negotiations stage and during work last season, which contributed to embodying the concept of team spirit, and I also do not fail to thank the Al Ain Club fans for their continuous support and actual contribution to achieving the goals and I always want to assure you That we expect more support from Al Ain fans in the next stage, and I have great confidence in the ability of the Al Ain fans to make the difference, and I always bet on the public as a key player in my team's list.

He added: I congratulate myself today on continuing with the “leader” for the next season, and I would also like to thank the technical committee for professionalism in the club and also thank the administrative staff, the technical and medical staff and all those affiliated with the club for the team’s harvest in the ending season. The new football season will not be easy, and it requires greater focus and redoubled efforts, and I have great confidence in the work system to achieve goals thanks to the support of the club's presidency and the support of the fans.

He said: I feel very happy to continue with Al Ain, because I actually found a positive and stimulating atmosphere for giving thanks to the professionalism of the management and the great capabilities of this great club and the broad fan base that stands by the team in all fields, and I will not reveal a secret if I tell you that I have been associated with the beautiful city and its people. , which kept enhancing my sense of belonging to the eye.

The name of the Al Ain coach has been associated with great successes in the football world as a distinguished player and a capable coach, and the most important factors that have helped him achieve his goals are based on his great potential, strong personality and mentality in working to keep pace with the signs of development and instilling a spirit of challenge in the hearts of his team players.