Pecco Bagnaia finally managed to finish off a pole with a victory and Maverick Viñales returned to the podium for the first time in an exact year, but whoever left Assen with more... 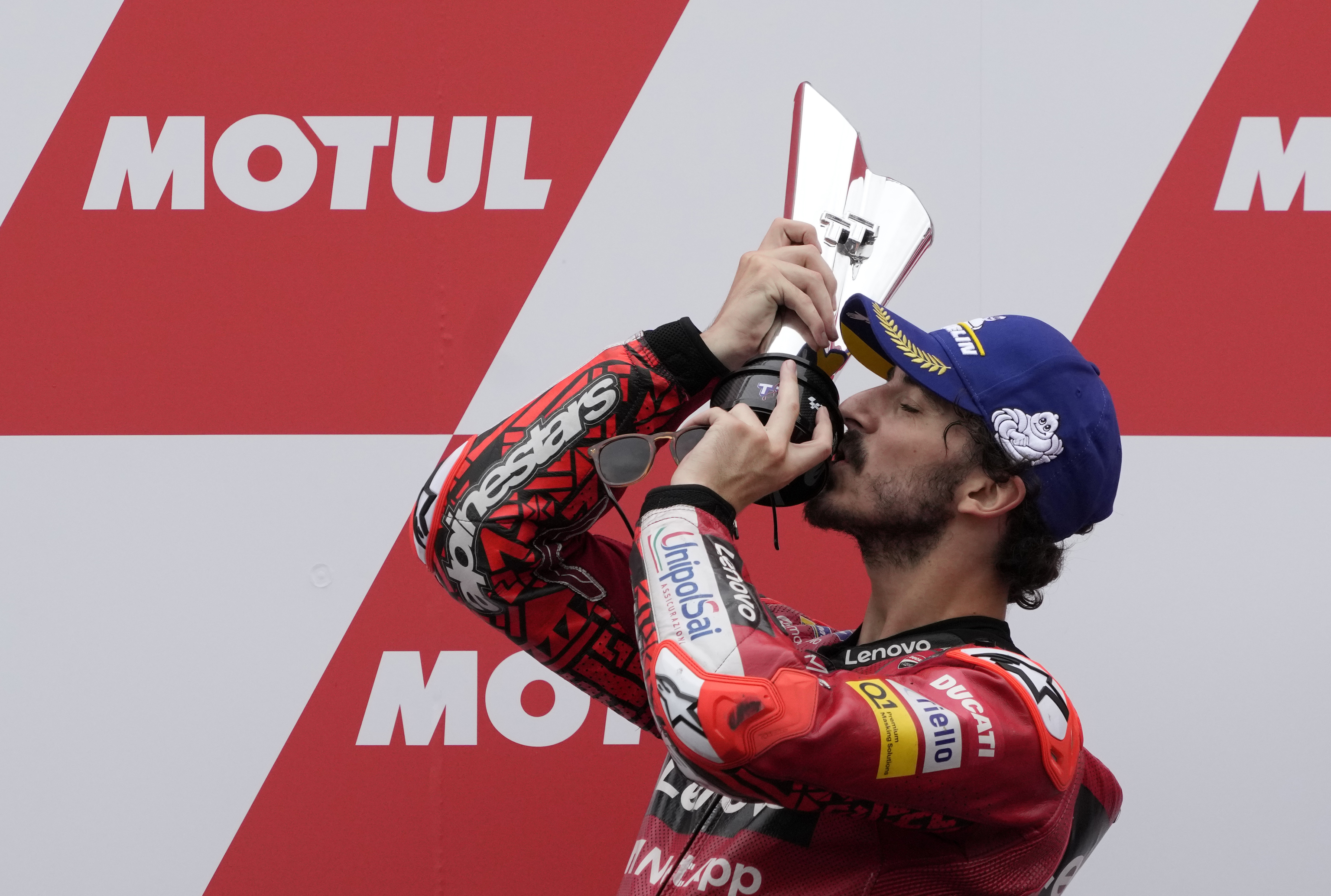 finally managed to finish off a pole with a victory and

returned to the podium for the first time in an exact year, but the one who left Assen with the most winning face was

The Catalan, who was 15th after an incident with

, capped off the comeback with a double overtake at the last chicane to finish fourth and give the Frenchman's leadership a good bite.

In that last pass was the thorn of Montmeló, where he lost three places in the last lap for stopping to say hello before time.

This time, with his teeth gritted to the checkered flag, he took advantage of the brawl between

to head down the inside and overtake them at the last chicane.

Two positions, three more points to the bag and placed 21 in the general of Quartararo, who could not finish the race.

The Frenchman was one of the first to congratulate Espargaró, to whom he went to apologize for a mistake that could have cost both of them dearly.

crashed at turn 5 on lap six when he tried to overtake him on the inside, and although the Catalan managed to control the bike, he was condemned to climb from 15th place.

Quartararo wanted to retire but reluctantly returned to the track, praying for a rain that came timidly and a few seconds late: just as the first drops were falling, he had a heavy crash.

Quartararo's abandonment opened the door to the rest of the pursuers, who already saw him with a calculating advantage.

To Bagnaia, who between his push from pole position and the fights from behind savored a placid victory, although it will be difficult for him to get out of the pit after the three nulls in the last four races.

And Aleix Espargaró, who cut 14 points to 21, less than a race, before the holidays.

They also managed to get into the top 10

(7th), the most affected by those raindrops when he was fighting for the podium,

for the leadership of the Moto2 World Championship.

The two add 146 and three victories, but the Italian maintains the virtual first position for better results: he has two second places, compared to a third for Fernández.

But the wind is blowing in favor of the Spaniard, who arrives in his best form: he has four podiums, including those three wins, in the last five races, while Vietti, fourth in Assen, has only been on the podium once in that weather.