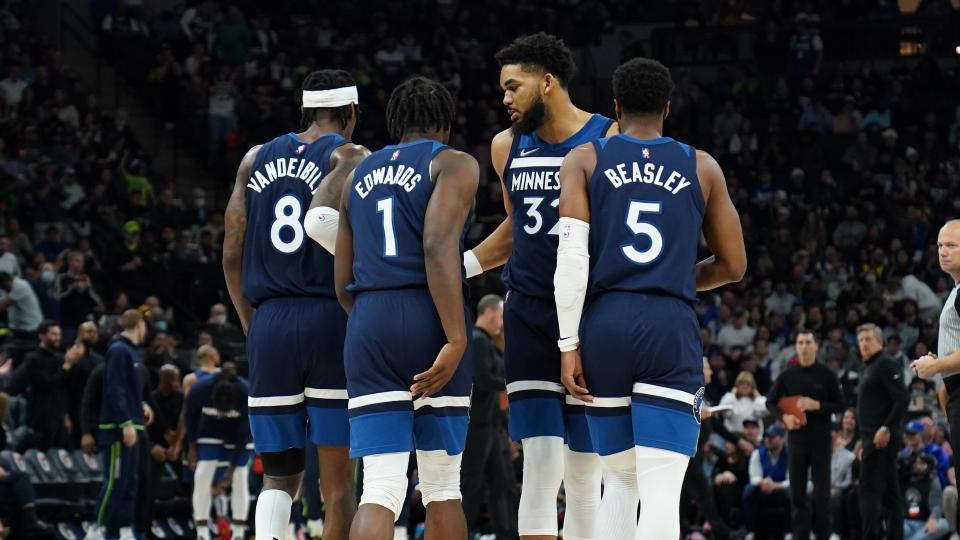 It’s believed that D’Angelo Russell’s time in Minnesota is coming to an end, with a trade thought to be inevitable.

The Timberwolves could consider their season successful after making it to the playoffs this year but will want to improve on that next term. According to resources, they should be making changes to their backcourt this summer and are shopping Russell around.

Dane Moore is reporting the player will be traded ahead of the 2022/23 campaign following The Ringer’s Kevin O’Connor claiming the Timberwolves were searching for trade partners. The one-time All-Star has been a journeyman all of his career in the pros, having played for the Los Angeles Lakers, Brooklyn Nets, and Golden State Warriors before landing in Minnesota. It appears he will be playing for a fifth team in seven years as of next term.

The T-Wolves will likely be looking to the market for someone who can create shots. Minnesota is expected to draft TyTy Washington, who appears to be a player who could be deadly in pick-and-rolls with Karl-Anthony Towns, while Anthony Edwards is growing into a legitimate superstar. Whoever they end up taking in exchange for D’Lo would likely be a great addition.

Edwards already has himself a big fan in new president of basketball operations Tim Connelly.

"I'm a fan, first and foremost, and I love everything about his approach, his game. I just love how sincere he is. He's always himself. He's just such a joy to watch play. He's a joy to watch be interviewed. He's a joy the way he interacts with his teammates, how much he smiles and how much he enjoys the game,” Connelly told reporters when asked for his thoughts on the player.

"I think it's our responsibility to make sure he never loses that, while also challenging him to be the guy we all know he can be. The guy can be as good as anybody in the world. That type of talent, he's certainly got the winning DNA that we're all looking for. So, I just don't want him to ever lose that joy. It's pretty special to watch a person who's that comfortable in his own skin. We can't skip steps to be an elite team. He can't skip steps to being an elite player. But there is no limit on what he can do. He can be the best player in the world."

Minnesota looks to be building something solid. In Towns and Edwards, they have an exciting pair that could be on their books for several years to come. Given their exploits last season, there’s renewed reason for hope, and fans looking forward to the legalization of Minnesota sports betting will have even more reason for excitement.

Russell, meanwhile, hasn’t spent more than three years anywhere. While he’s great friends with Towns, the experiment hasn’t yielded the expected results, as the team barely scraped their way into the postseason in 2022.

“The future of another prominent lefty lead guard in the West is much more uncertain after Minnesota's first-round exit,” Marc Stein writes. “D'Angelo Russell wound up on the bench at crunch time in the Timberwolves' season-ending Game 6 defeat at home to Memphis and averaged just 12.0 points per game on 33.3% shooting in his second career playoff series. Numerous rival teams expect the Wolves to try to trade Russell this offseason irrespective of Russell’s close relationship with Minnesota star Karl-Anthony Towns. Russell, 26, has one season left on his contract at $31.4 million.”

The Timberwolves made a first-round playoff exit this year, losing to a young Memphis grizzlies team that gave the Warriors a run for their money. Who knows how things would have turned out had Ja Morant remained healthy?

There’s not much out there as it pertains to potential suitors for Russell but there will always be a home in the NBA for a player who averaged over 18 points a game in his last campaign and still has his best years ahead of him.