Madrid's plan for Castilla: the jewels do not move in Raúl's 'final exam' for promotion

On June 20, 2019, Real Madrid announced the arrival of Raúl González on the Castilla bench. A logical decision after the steps of the former captain in the cadet and... 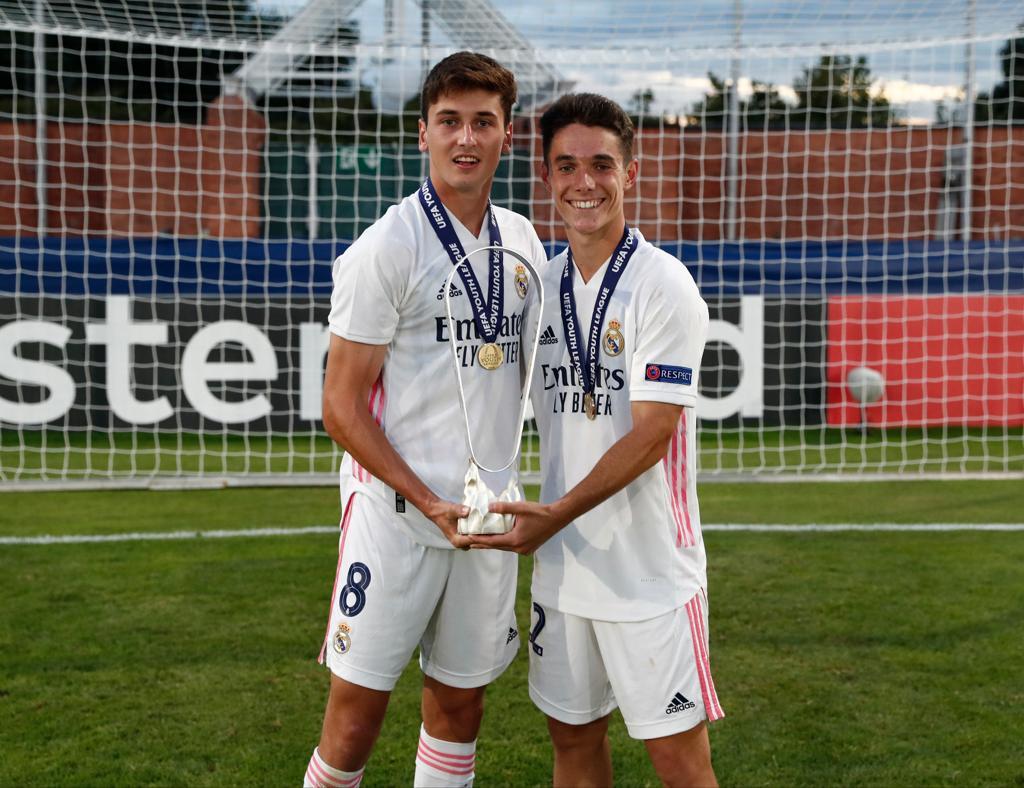 announced the arrival of

Raúl González to the

of the white team.

A complete success for

in recent years: give Castilla a manager with enough weight to take over the first team in an emergency situation.

, who made the direct leap, and on the opportunity to

, in which his past as coach of the Madrid subsidiary had weight.

Maturing on the Valdebebas bench, as

has also done until flying to

, makes sense, and much more for Raúl.

at Castilla with several open fronts.

On the one hand, achieving the dream

promotion to the Second Division

, his great goal before leaving Valdebebas.

In his first year, due to the pandemic and crowned with the

, he was five points away from the

In the second, conditioned by the different phases to form what is now known as the

to the SmartBank League.

There, in the semi-finals of an agonizing extra time, they fell to

and saw the silver category train go by just one game away.

(coached by Xabi in Segunda) and

promoted, and Raúl, who made the most of a

, won integers to succeed Zidane in the first team after the Frenchman's departure.

The double and the wait

The Madrid board of directors finally chose

, with exceptional results, and Raúl, despite offers from teams in the major European leagues, remained

faithful to a generation with whom he has connected from day

one and from which he has not yet he wants to say goodbye.

Therein lies the second open front in his closest future.

Last season the white subsidiary suffered to adapt to the powerful First RFEF.

The distribution of the two groups, moreover, did not benefit him too much, framing him in league with the Catalan, Valencian, La Mancha, Andalusian teams and with

Of the four promoted to Second Division, three left their group.

Castilla was a roller coaster.

He reached the middle of the season in sixth place, the last one that gave access to the playoffs, but a

losing streak between February and March

left him without options despite a timid final

He finished tenth, just three points from promotion and with the feeling in Valdebebas that it was the end of a stage for the most important players of the

... Young people who have been evolving with the coach almost since youth, most of them born in 2001, and who were already looking at the next step in their professional career.

Also the coach himself, who has been receiving offers, with

(who has already chosen another coach) and a

club as the best options.

Raúl, however, has remained cautious in his decisions and aware that the opportunity at the

could appear at any moment.

Ancelotti's double, however, removes that possibility for the time being and the irregular season of his Castilla has removed him from the spotlight.

Arribas and the spine

For this reason, and due to the overbooking that exists in the Madrid first team, which with the signings of

has already reached 24 players, the plan in Valdebebas is clear:

maintain the backbone of the subsidiary for

one more season and trust in one last Raúl service to achieve the dream of a promotion that has not been achieved since the 2011-2012 season.

A decision that the technician has already transmitted to the jewels of the subsidiary and that, despite the logical reluctance of age, they have assumed.

except for an exorbitant financial offer, which at the moment has not arrived.

The idea is that

, the team's top scorer and second assistant and one of those who made his debut with Zidane,

leads the subsidiary for another year

, as this newspaper has learned.

Despite the offers, the Madrid board insists on the

importance of having the subsidiary in the Second Division

(this season Villarreal B has been promoted) and the

will force them to have a longer squad than normal to aspire to all competitions.

and the rumors with

, Mariano and Jovic leave the midfielder as an emergency solution, although with a subsidiary file.

Something that in Madrid is valued more and better than a transfer.

Dotor and Arribas, with the Youth League title in 2020EM

, a left-handed striker, with

from the profiles that Ancelotti manages.

The youth squad, highly valued by

and second top scorer in the reserve team, is awaiting the decisions of

to analyze his options.

, captain and soul of the squad,

will continue to form the backbone of Castilla, again except for an irrefutable offer

, while the preseason is expected to decide the situations of

, who do not want to let go easily either and are asked, like Arribas, to follow the '

rose to the Second Division at 21 years old

and stayed until he had a place in the first team.

It will be a few months to restructure some pieces (Brazilian winger Vinicius Tobias has arrived), assault the promotion phase and give the last breath of a generation that is already emerging and needs professional football.