Emma Kullberg on the act in Oslo: "Very awful"

Norway was shaken last night by a suspected terrorist crime against a gay bar in Oslo. For the Swedish women's national football team, which is known for openly taking a stand for LGBTQI rights, it is an event that arouses sadness among the players. - You get sad and I think it's awful, says defender Emma Kullberg to SVT Sport. 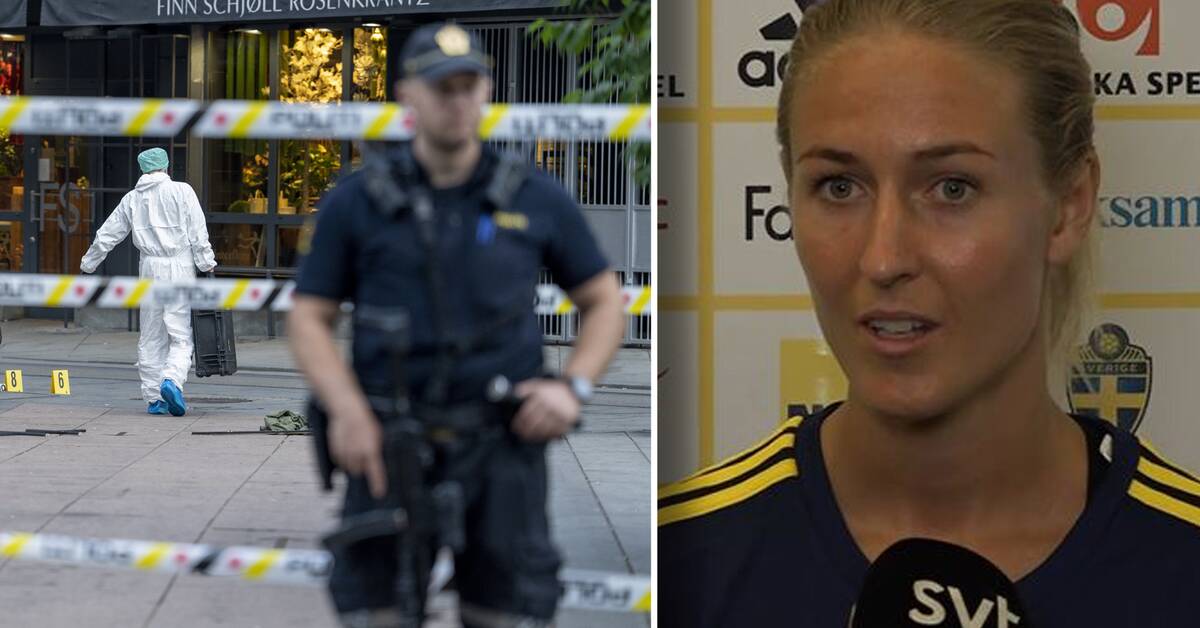 It was during the night towards Saturday that several shots were fired at a gay bar in central Oslo during the city's pride festival.

Two people have been confirmed dead and 21 injured after the shooting and Norwegian police, who have arrested a man in his 42s, are investigating the incident as a terrorist crime.

For the Swedish national football team, which is in publishing in Båstad before the European Championships, it was difficult news to wake up to during Midsummer Day.

- Best of all, you just want to be able to live in a society where things like this do not happen.

Does it create any concern about the European Championships, which is a fairly public event?

- Well, more of a concern in general that there are such events.

I think that everyone should be allowed to be who they are and not feel worried that there will be hate crimes against them.

Has not changed the security situation before the European Championships

Stefen Dejemyr is responsible for security for the national team on site in Båstad and he is also sad about what has happened in the neighboring country.

- What happened in Oslo is incredibly terrible.

It is only to apologize to everyone involved and concerned that this kind of thing should happen.

But it is part of everyday life nowadays, he says.

"Unconsciously, we will probably increase the sharpness"

As the safety manager for the national team, do you include this in your analyzes?

- This type of event is included in our risk analysis, of course.

What can be deduced in this situation is that it is an individual event carried out by an individual citizen, not a coordinated attack, which is another step on the scale.

Is this something that changes the security situation, I think it might trigger others?

- The security situation for us has not changed.

On the other hand, unconsciously, we probably increase the sharpness, you can call it that, and get a little extra on the toes.

That's how you can sum it up, says Stefan Dejemyr.