Woo Sang-hyeok, who will be competing at the World Championships in Athletics next month, has stopped rehearsing for the last time. It was a decision that was concerned about injury, but his unique confidence was still there. Correspondent Lee Jeong-chan. 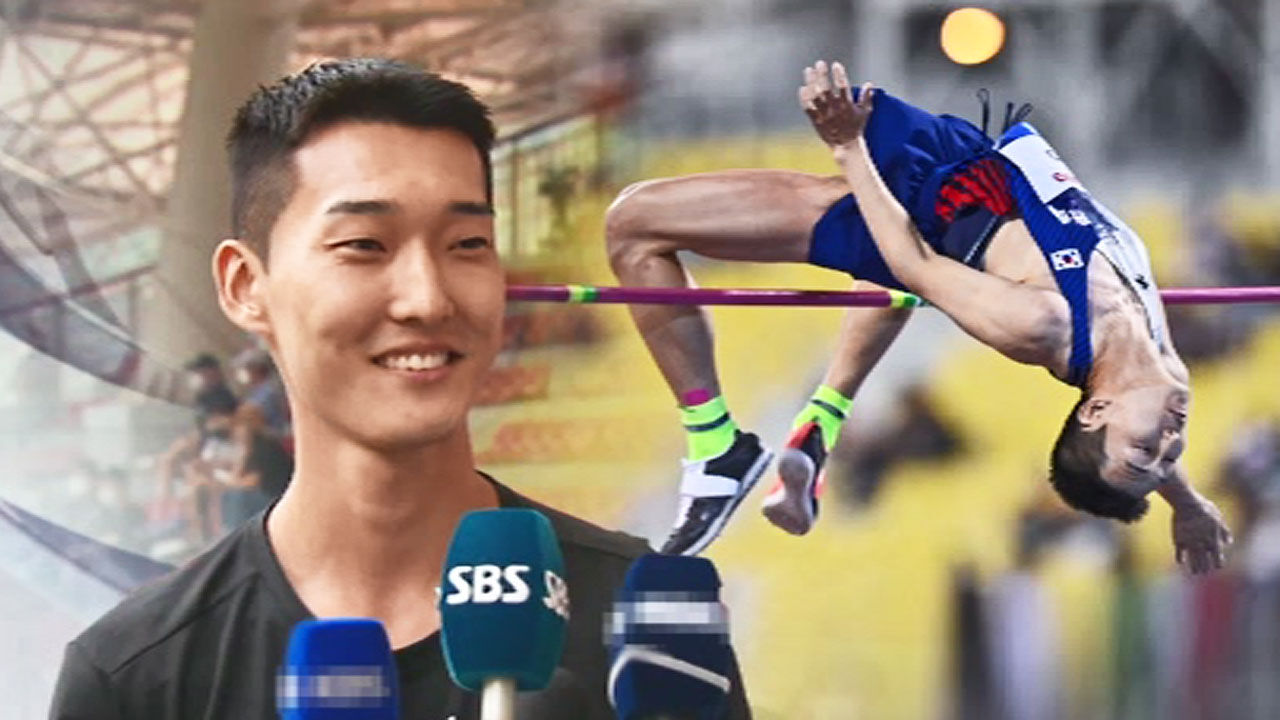 Woo Sang-hyeok, who will be competing at the World Championships in Athletics next month, has stopped his last rehearsal.

It was a decision that was concerned about injury, but his unique confidence was still there.

Woo Sang-hyeok, who took a preliminary test yesterday (22nd) for rehearsals for the World Championships, where preliminary and final rounds are held every three days, slightly twisted while challenging the 2m25.

[Woo Sang-hyeok / National High Jump: I think I have to sweep it.

The newly paved track ahead of this competition was a bit slippery, but when it rained, the last rehearsal was canceled tomorrow after much consideration.

I'm thinking of going to Oregon and showing that explosive energy.] He said that he

was ready and showed strong confidence in his first world championship medal.

[Woo Sang-hyeok/High Jump National Team: It really has come, now it is here, and I want to say that the time has finally come to show it again.]

Hwang Seon-woo's silver performance at the World Swimming Championships was a great stimulus.

[Sanghyuk Woo/National High Jump National Team: When (Sunwoo Hwang) won the silver medal, I felt great too, and I am trying my best to win the medal.]

Kim Kook-young, who entered the 100m final in heavy rain, recorded 10.22 in the world championship. Again, it fell short of the standard record.

Kim Kook-young takes on the final challenge in Japan three days after the record-approved deadline.