To be continued: Maygurov lacked one vote to be re-elected as President of the RBU

The head of the Russian Biathlon Union, Viktor Maigurov, was one vote short of being re-elected for a new term. He was supported by 35 delegates of the reporting and election conference, and the candidacy of the vice-president of the RBU Alexei Nuzhdov was supported by only 18. The second round of elections, to be held at the end of August, will determine the new head of the federation. According to RT columnist Elena Vaitsekhovskaya, such a delay is primarily in the hands of the loser, since he has time to correct the situation. 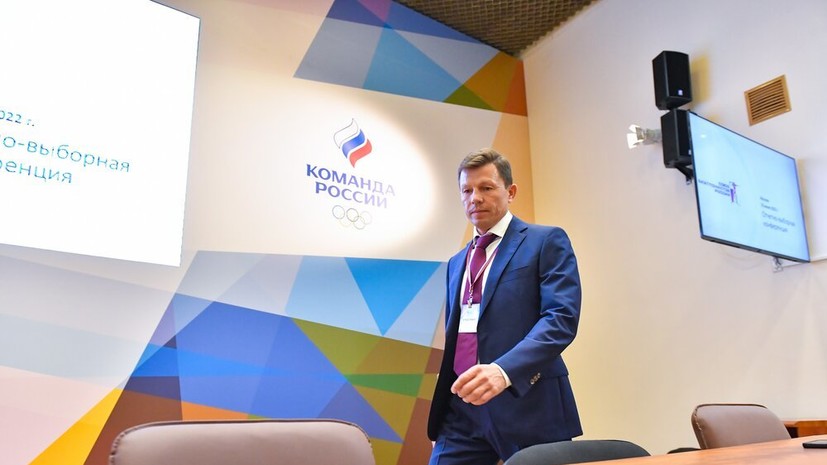 The reporting and election conference of the Russian Biathlon Union this year attracted no less attention than sports competitions, since the delegates had to decide on a new head of the organization.

A fierce struggle for votes was waged for several months by the current head of the RRF, Viktor Maigurov, and the vice-president of the organization, Alexei Nuzhdov.

At the same time, before the start of the conference, it remained unclear on whose side the scales would fall.

The three-time world champion was supported by many former athletes who saw the positive aspects of the specialist's work.

In particular, Nikolay Kruglov, the silver medalist of the 2006 Olympics, noted that Maygurov has extensive experience in the International Biathlon Union and he has established contacts there.

On the side of Nuzhdov were representatives of the regions, who were attracted by the promise to make big prize money at domestic tournaments.

Moreover, some suddenly began to suspect the current head of financial fraud, and the Council of the RRF even wrote a complaint to the prosecutor's office.

However, many saw in this statement nothing more than an attempt to denigrate Maygurov's name before the elections, and it did not give the desired effect.

“Handwriting is not good, it does not indicate the best intentions.

I speak for the children.

We already make the biathlon community laugh, including the world.

The most important thing is what kind of example we give to our children.

They see that biathlon is a platform for intrigue.

The conference started with Maigurov's report on the work done in two years.

In particular, he once again emphasized that Russian biathletes won part of the Beijing 2022 Olympic medals on ointments and paraffins of domestic production.

The activities of the Board of the RBU for the reporting period were ultimately recognized as satisfactory.

Before the start of the main vote, Nuzhdov again tried to influence the decision of those present.

In case of victory in the elections, he promised to appoint Yuri Kaminsky as head of the coaching staff of the Russian national team, and Alexander Kasperovich as vice president of the RBU for logistics.

However, this did not bring the desired result.

Nuzhdov won only 18 votes, while Maygurov - 35. But this advantage was not enough.

According to the charter, the support of 2/3 of the delegates is required to win the first round.

Thus, the current head of the RRF lacked only one vote.

Since none of the opponents planned to withdraw from the elections, there were two scenarios for the development of events.

Immediately hold the second round, as suggested by Olga Medvedtseva, or appoint an extraordinary conference.

The idea of ​​a two-time Olympic champion did not find a response, so the second round was scheduled for the end of August.

But it will be held according to a different formula: 50% plus two votes will be enough to win.

According to RT columnist Elena Vaitsekhovskaya, the decision to hold a vote in two months will help Nuzhdov find the missing support.

“Removing, I think, is problematic.

Because too much has already been said in the media, too much has been publicly poured on the heads of recent comrades-in-arms, and in such a case, you only need to win the elections.

Otherwise, you turn from a serious person into a clown, and this is not the best feature in a resume.

Especially for a person from law enforcement agencies.

Therefore, it seems to me that during all the time that will remain at the disposal of the candidates until the second round of voting, the loser will do his best to win or at least not lose with such a score as today, ”Vaitsekhovskaya wrote in her Telegram channel .

According to her, this is quite realistic, since in the summer it is more difficult for Maigurov to demonstrate his activity in his post.

“You need to understand that in the off-season, when there is no opportunity to show some really visible work, and in such a short time, moreover, either promises (usually not supported by anything) or money remain as a means to achieve the goal” - added Vaytsekhovskaya.

At the same time, as Nuzhdov said after the conference, the candidates agreed to stop active campaigning in the media, so the voting results in August may be even more unpredictable than this time.

By the way, the vice-president of the RBU also promised to leave his post in case of defeat in the elections.

And if the name of the head of the organization is still unknown, then the composition of the executive committee of the RRF has already been approved.

In addition to the president, it will include only four people: Anna Bogaliy, Ivan Melikhov, Evgeny Redkin and Maxim Chudov.

Only they were able to overcome the required threshold of 29 votes.