Ebba Årsjö about the love tributes after the acclaimed picture: "Takes a house to hell"

She kept her functional variation a secret for 18 years - but now Ebba Årjsö has shown her right leg to the whole world. For SVT Sport, the alpine parasport star now tells about the massive love bombing and how it happened when she published the acclaimed picture. - I gave the phone to my sister, so she had to do it. I had just sat and wanted to, says Årsjö to SVT Sport. 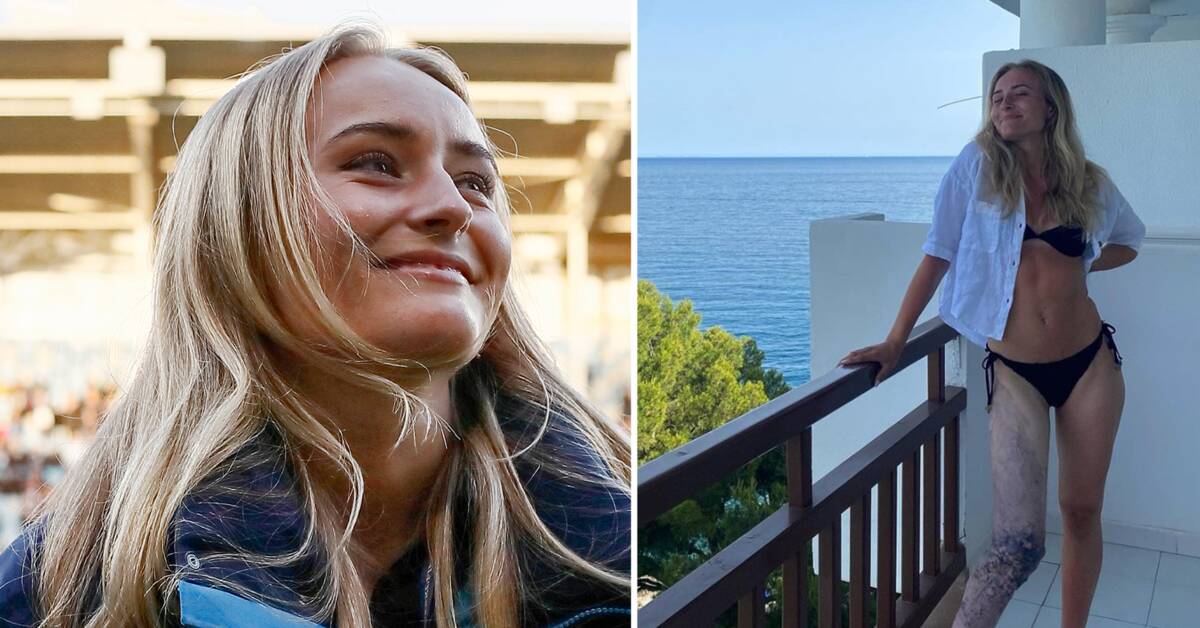 For over a year, Ebba Årsjö had been thinking about posting a picture on Instagram that showed her muscle loss in her right leg, a side effect of the syndrome she was born with, Klippel-Trenaunay's syndrome.

On Tuesday night, surrounded by family, it would happen.

But when it was time to publish the picture, the 21-year-old hesitated.

I had just sat and wanted to, she did it very quickly, says Årsjö.

- I got a thousand likes in just an hour.

Then I had to go to bed, but it was quite fun to wake up then.

At the time of writing, the picture, where Årsjö poses in a bikini on a balcony in Mallorca, has over 32,000 likes and almost 1,300 comments.

- My God, I thought I would lose followers.

I was very excited to do it, I was absolutely sure.

Årsjö: "Takes a house to hell"

It was just the opposite.

- And then it takes house to hell.

I have received a lot of love, I have not seen any nasty comments.

There are many who ask what has happened, then it is the other who answers.

Everyone has my back.

Did you expect this much attention?

You float a little on clouds.

There are no words for it.

But that's how it should be, it should not be a "big deal".

But what a phase, it's fun when it's spread.

Årsjö says that she does not have time to answer everyone who hears from her, but she has tried to prioritize those who have the same syndrome.

- Especially if I see that there is someone who is really struggling and is young.

For example, a mother wrote about her baby.

What do you want to say to everyone who has heard of it?

- Just continue as you do, react in the same way as you do to me against others in everyday life.

I want this to be normalized.

When SVT Sport reaches Ebba Årsjö, she is sitting in an excavator, she works at her father's and uncle's tire recycling company in the summer.

But soon she will focus more on training.

- I have rehabilitated a lot.

But now it turns into regular fitness training before being ready to ski in August.

Parastar Ebba Årsjö shows off her leg on social media.

Hear her tell why she now chooses to show it.