Believe it or not.. 36 red cards in one interview

Sometimes football matches know things get out of hand, and the referee has little choice but to reach into his pocket and take out a red card. 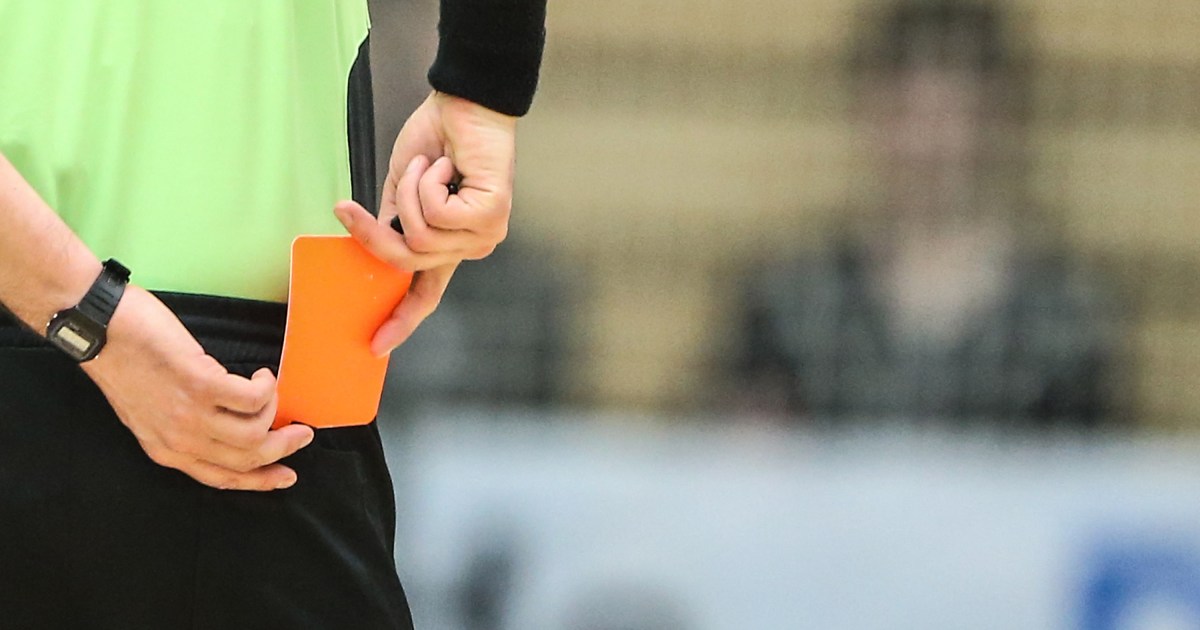 Sometimes football matches know things get out of hand, and the referee has little choice but to reach into his pocket and take out a red card.

And the American “planetfootball” website stated - in a report - that in the event of chaos or a quarrel, a red card for the player from each side may be enough to calm things down, but sometimes the referee may have to expel several players, which is what It may amount to stopping the match.

How many red cards were given by a referee in one interview?

The site explains that the beginning is from the most important event in football, the World Cup, where the first versions witnessed interviews described as real battles, as the match between Brazil and Hungary in the World Cup in Switzerland 1954 witnessed a violent brawl, and there were even players who suffered fractures, and it was called the “Battle of Bern.” , relative to the Swiss city that hosted the meeting.

However, the expulsion of players at the time was without red cards, which did not start to be used until 1970, and that is why the record for red cards in a single World Cup match came much later.

In the 2006 World Cup in Germany, the second round match between the Netherlands and Portugal was known by the referee's announcement of 16 yellow cards and 4 red cards, after a series of mistakes and attacks.

At the club level, in February 1997, one of the third-tier matches in England between the teams “Plymouth” and “Chesterfield”, a player was expelled from Plymouth for assaulting an opponent with both feet, which prompted the referee to issue a red card, but things got out of hand. Control after a mass quarrel broke out, which made the referee expel 4 players, making the total 5 red cards for the first time in England.

One of the French League matches between Paris Saint-Germain and Marseille, in September 2020, saw 14 yellow cards and 5 red cards raised, due to a collective quarrel that also erupted at the end of the interview due to alleged racist statements Neymar received from an opponent.

However, the largest number of red cards in a first-class game in Europe remains the one that occurred in the Spanish league in the Barcelona derby against its neighbor Espanyol, where the referee expelled 6 players.

Also in Spain, but in the sixth degree, the number of red cards reached 3 times the Barcelona derby cards, where the “Recreativo Linense” match against “Saladio de Algeciras” in 2009 saw 19 red cards, and the referee then set a new record, but it later became clear. That there are other statistics on the other side of the Atlantic.

In one of the group matches of the South American Cup (Libertadores) 1983, between the Brazilian “Gremio” and the Argentine “Estudiantes”, the referee expelled 4 players, all of them from the Estudiantes team, which made him complete the match with only 7 players - which is the legal minimum allowed. However, he managed to amend the result after being defeated 3-1.

The same Gremio team returned to participate in another festival of red cards, in the same competition, but this time it was a equal victim with the other Brazilian team, Internacional, with a total of 8 red cards, 4 for each team, due to a quarrel that lasted a full 10 minutes.

However, there is a number greater than that toll.

In 1971, the Argentine “Boca Juniors” match against the Peruvian “Sporting Crystal”, also in the Libertadores Cup, witnessed a violent quarrel that resulted in the referee distributing 19 red cards, and only 3 players from the list that started the interview survived, because they left the field. They did not participate in this quarrel.

This tally is on par with the aforementioned 19 red cards that occurred in Spain, but it is not the biggest tally yet.

In 1993, a match between “Sportivo Emiliano” and “General Caballero” in the third division of Paraguay turned into a team battle, during which the referee sent off 20 players, which makes it the biggest outcome so far.

However, going back to before the adoption of the red cards, and exactly on June 20, 1954, a match in the Brazilian League between the teams “Botafogo” and “Portuguesa” witnessed a quarrel in which all players participated, which prompted the referee to expel all 22 players, but without publicizing card at the time.

In 2011, these two numbers were also smashed, as a match began in the Argentine fifth division between the teams “Claypool” and “Victoriano Arenas” with the expulsion of two players before the end of the first half, but the second half witnessed a state of chaos and things got worse when all The players - including those on the bench and coaches - in a flurry of kicks and punches, which made the referee expel all the remaining 20 players on the field, in addition to 14 players and coaches, for a total of 36 red cards, a record that may be difficult to break.