Rüdiger, Isco's 22 and a promise: "I will give everything for Madrid" 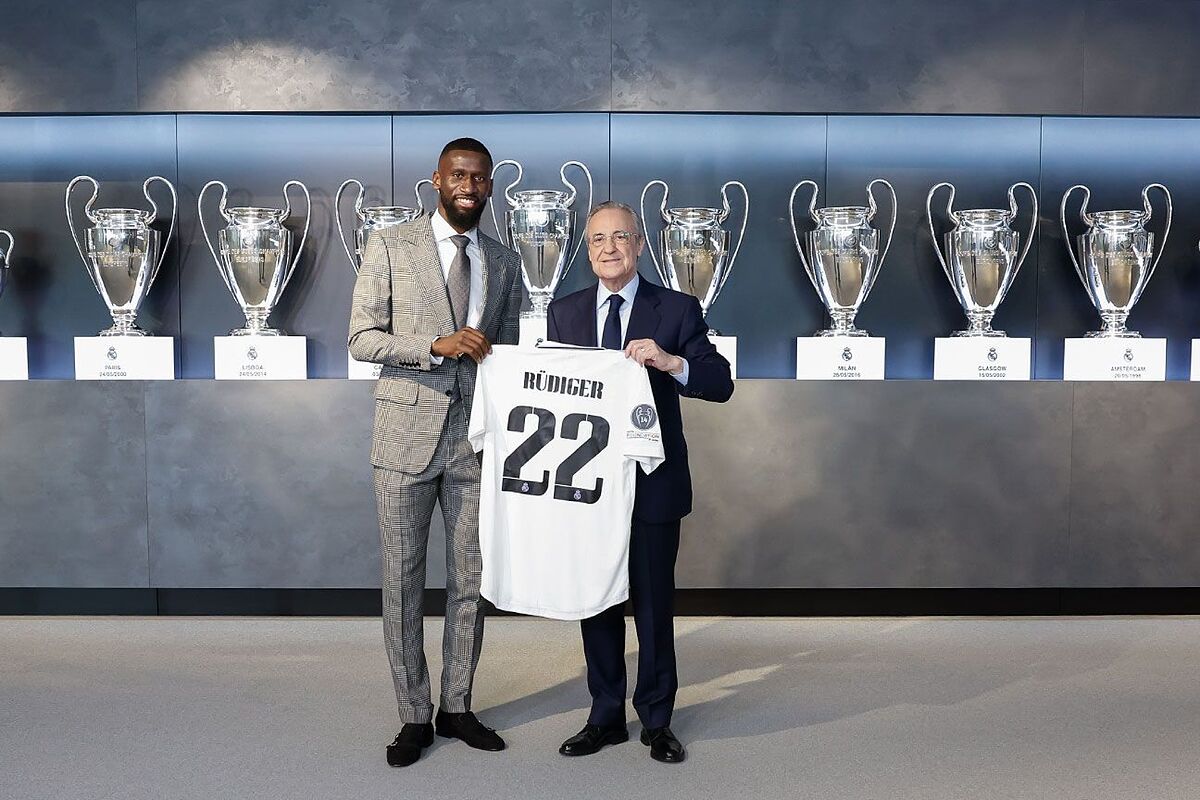 without complexes, aware that he is one of the best signings on the summer market, "one of those great players who will help us to be stronger and more competitive, one of the best defenses in the world", as

The German defender has changed Stamford Bridge, the place where he accompanied

to the conquest of the Champions League, for the

, "the place of the 14 European Cups", as the president insisted.

has inherited the number 18, the last number chosen by

, Rüdiger, who has signed with

"Today is a very special day. First of all I wanted to

, because without them I wouldn't be here. Thanks to the president for giving me the opportunity to play for this great club, and to the fans. I can promise you

that I will give everything for this club

. I want to win all the titles. Hala Madrid and nothing else", expressed the German defender in English.

Before, Florentino had thanked him that, having the opportunity to choose at the end of his contract with

, he opted for Madrid.

"You fulfill one of your dreams.

Beside the German, his wife, his two sons and his parents.