On his 30th birthday, Mohamed Salah invades "Twitter": "Every year, you captivate the hearts of millions."

A hashtag, the Egyptian Liverpool star, #Mohamed_Salah, swept the social networking site "Twitter", on the occasion of his 30th birthday, which falls on June 15. The tweeters congratulated Mohamed Salah, on this occasion, especially the Egyptians among them, who consider Salah, the pride of Egypt. And a source of happiness and striving 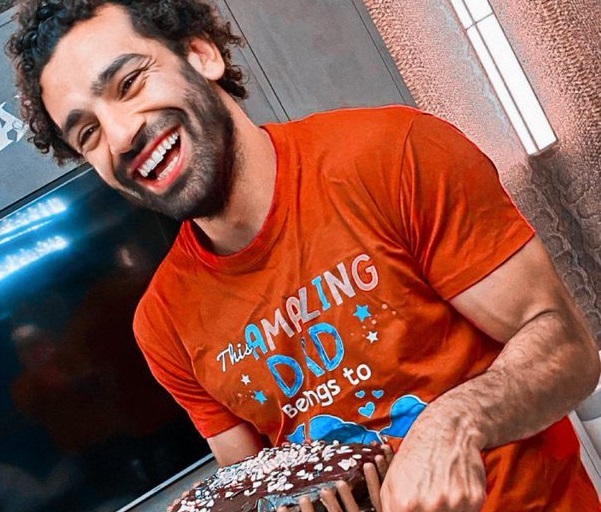 On his 30th birthday, Mohamed Salah invades "Twitter": "Every year, you captivate the hearts of millions."

The hashtag, the Egyptian Liverpool star, #Mohamed_Salah, swept the social networking site "Twitter", on the occasion of his 30th birthday, which falls today, June 15.

And the tweeters congratulated Mohamed Salah, on this occasion, especially the Egyptians among them, who consider Salah the pride of Egypt and a source of its happiness and the happiness of its people. .

Tweeters wished "Fakhr Al-Arab" the best of wishes for continued success, health, brilliance, achievement and breaking all records, noting that he is still at the beginning of his career and that they are waiting for a lot from him. 100 years, Lord, in health, happiness and favor, a source of joy and pride for all Arabs.

Another said: "Every year, you are good, King, and wish you fifty years of health, well-being, happiness and joy... and wish you also ten years of football, all of brilliance, creativity, enjoyment, championships and individual and collective achievements with Liverpool and then with Al-Ahly."

Tweeters emphasized that Mohamed Salah was the one who put Egypt on the world map, and that he is the best football player in the country's history, noting that "the pride of the Arabs" is the best ambassador for the Egyptian Republic, and one of the tweets said: "The Egyptian King #Mohamed_Salah .. the best player In the history of Egypt, and he is the one who put Egypt on the map of world football.. I hope all people enjoy your presence in the stadiums every second and every moment.. You are the best ambassador for Egypt.. Every year and you are the best player in the world.

Apart from his football achievements, tweeters praised the humanity of Mohamed Salah and his respect for his fans and people, expressing their admiration for his personality at all levels, and one of them said: "He will cry because he is a football player who has achieved many accomplishments .. But I love him as a person before anything because he is always He fascinates me with his humanity above all, his respect for people and his unique personality... Every year, you are good, Salah."

Tweeters also mentioned some of Salah's most important achievements and his most prominent titles, and one of them said: "Today marks the birthday of the Egyptian footballer #Mohamed_Salah.. He is one of the most prominent Arab and African players. He won many awards, most notably the award for the best player in England for the year 2018!".

Another said: "Today is the birthday of #Mohamed_Salah..let history remember that he scored 202 goals in 454 matches..This is all the pharaoh's harvest with clubs during his career."

Liverpool also celebrated Mohamed Salah’s birthday by publishing a video through his account on the “Twitter” platform, showing the most beautiful goals of Mohamed Salah with the Reds during the last season of the English Premier League, commenting on it: “The best player from the Professional League this year.”

Our PFA Player of the Year 🥰 pic.twitter.com/jwRDmhqVDT

For their part, many tweeters also shared videos and photos of the most important moments in Mohamed Salah's football history, describing him as "the maker of happy moments".