Watch .. Marcelo bids farewell to Real Madrid "the greatest club in the world" in tears

The Brazilian star Marcelo did not control himself in his speech during the farewell party conference organized by Real Madrid to honor the captain of the team for his long years with the "Royal". 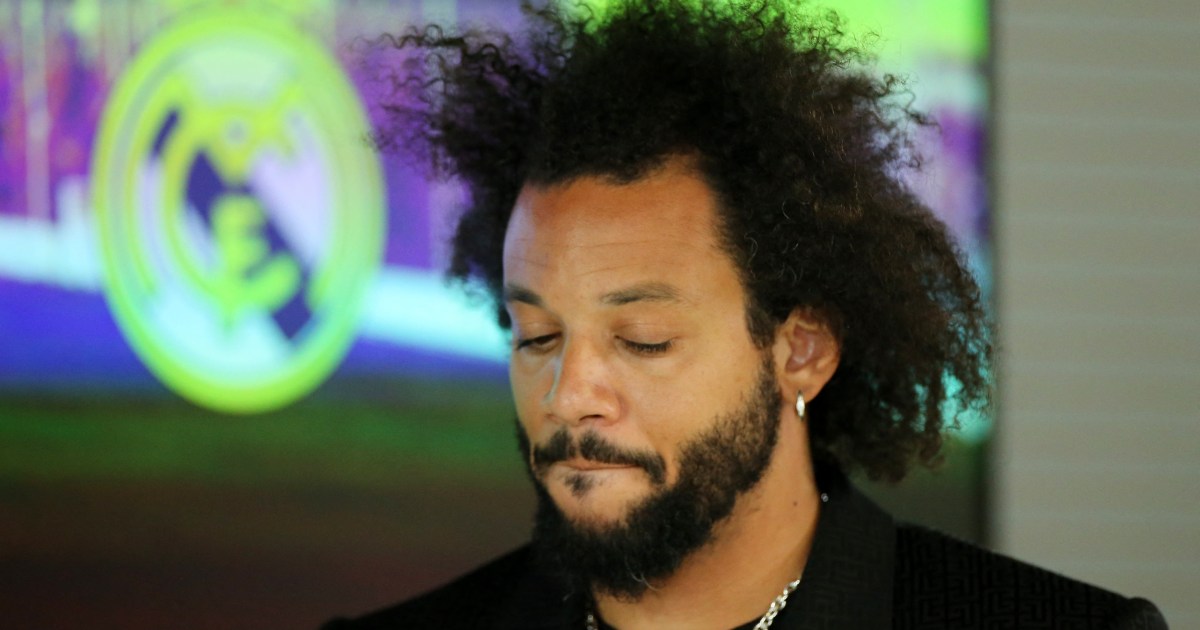 The Brazilian star Marcelo could not control himself in his speech during the farewell party conference organized by Real Madrid to honor the captain of the team for his long years with the "Royal".

The emotion was evident on the faces of those present at Marcelo's farewell, as his teammates, such as Dani Carvajal and Marco Asensio, were among the attendees, in addition to the Brazilian family.

"I played for the greatest club in the world," Marcelo said. "I thank my wife and children who watched me play for Real Madrid. This is not a farewell because I will not leave Real Madrid."

He stressed, "I will not retire, I feel that I can play yet, I support Real Madrid, but it will not be a problem if I face it one day because I am a professional."

During the press conference, Perez bid farewell to Marcelo after 16 years in the Real Madrid shirt, during which he won many titles.

Marcelo, 34, became the most successful player in history with the team, as the player passed the balance of the legend Paco Gento with Real, when he crowned the Spanish League title last season to be his 24th title with the team, before strengthening this balance with the Champions League title to raise his score To 25 titles with the riyal.

Marcelo won these two titles with Real as captain of the team, after taking the captaincy behind Spanish defender Sergio Ramos.

Marcelo had moved to Real at the end of 2006 in the hope of achieving a great career similar to his compatriot Roberto Carlos, and he began his participation with the team in January 2007.

Marcelo played 545 games with Real, to be the eighth player to play the most matches in the club's history.