Bouassiba: The “cycling” season is great in terms of results and ambitions

The President of the Cycling Federation, Mansour Bouassiba, confirmed that the current season was wonderful in terms of results and ambition, and indicated that the board of directors will take from the current season a new start for another stage, to continue the achievements at the level of the national teams, as well as the local championships that were a reason 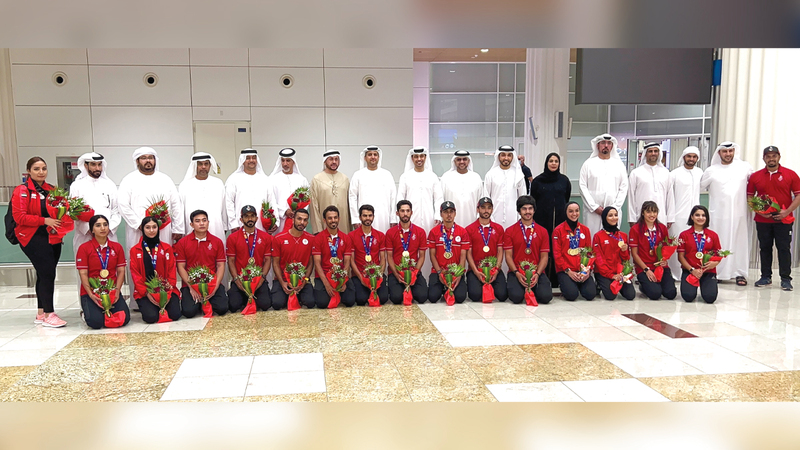 Bouassiba: The “cycling” season is great in terms of results and ambitions

The President of the Cycling Federation, Mansour Bouassiba, confirmed that the current season was wonderful in terms of results and ambition, and indicated that the board of directors will take from the current season a new start for another stage, to continue the achievements at the level of the national teams, as well as the local championships that were a reason to prepare the first and second rows of the teams National participation in all tournaments.

The head of the Cycling Federation, Mansour Bouasaiba, told "Emirates Today": "The season was more than wonderful in terms of results, and the beginning was by participating in the Salalah Tour, and then the Arab Cycling Championship and obtaining Asian bronze, then the successful participation in the Arab Cup and the Gulf Games, and is still The ambition exists in the Asian Track Championships in Delhi, in which the team will participate with 5 male and female players, in search of a new Emirati achievement, and then participate in the Islamic Solidarity Tournament in Turkey.”

He added, "We were looking for another achievement with the Emirati cyclist Youssef Mirza, in the Asian Road Championship, but due to a technical defect in the bike, he got fourth place, but there are still great ambitions with Youssef Mirza and the rest of the team members to get a medal in the Asian Track Championship in Delhi, As we participate in the tournament with five male and female players, they are: Youssef Misra, Ahmed Al-Mansoori, Saif Mayouf, Sheikha Issa and Hoda Hussein.

Regarding the most prominent positives of the current season, Mansour Bouasaiba continued: “In addition to the huge number of Arab and Gulf medals, in addition to the Asian medal, we discovered a large number of distinguished riders, including Abdullah Al Hammadi, the Abu Dhabi Club cyclist, and also Huda Hussein, the rising champion, in addition to the participation of a class The second of the players in the Arab Track Cup in Egypt, which had a significant impact on the success of the Board of Directors’ work plan, after achieving 12 colored medals and discovering new talents.

Bouaseba spoke about the most important problems of Emirati bikes, which are represented in two important factors, as he said: “The problem of the eternal bikes is a matter of freeing players and players, in addition to the lack of financial support. An attempt to find a formula of understanding with the players’ employers to get enough time to prepare.”

He added: "The seriousness of work on the part of the members of the board of directors and the technical and administrative bodies of the national teams, good planning and the results that have been achieved, all of which have imposed themselves on the Emirati sports scene, and supporting the national teams has become an important matter, and we are currently suffering from this aspect, but we are still working on diversifying sources Income, and finding sources of investment to spend on national teams and preparation camps.

Bu Osaiba stressed that “the work of merging amateur races with professionals contributed a lot to raising the level of male and female players, especially in adult races, and the result was clear in the Gulf Games in Kuwait, the latest achievement of the national team, in which speed rates reached 50 km per hour in some races. He pointed out that the female category was a big surprise by achieving 100% of the championship medals for the women’s cycling category.

• 23 Arab and Gulf medals won by cycling teams in less than a month.

Mansour Bouassiba confirmed that the absence of Arab and Asian champion Safiya Al-Sayegh from the team in the Asian Track Cycling Championship in Delhi, due to her participation with the Emirates Women's Professional Team in an external camp in Italy for a period of 3 months.

Safiya Al Sayegh is the first Emirati player to join the Emirates Professional Team, after her great successes at the Arab, Gulf and Asian levels recently.

«Emirates Bikes» in a year