Athletes: Proper planning and “support” led the youth of Al-Ahly and Sharjah to dominate the hand and basketball titles

Athletes confirmed that the continuous control in the past five years for the Al-Sharjah and Al-Ahly teams over the hand and basketball championships is due to clear strategic plans and proper planning, as well as the great support and attention provided by the management of the two clubs for team games, which led them to score 3 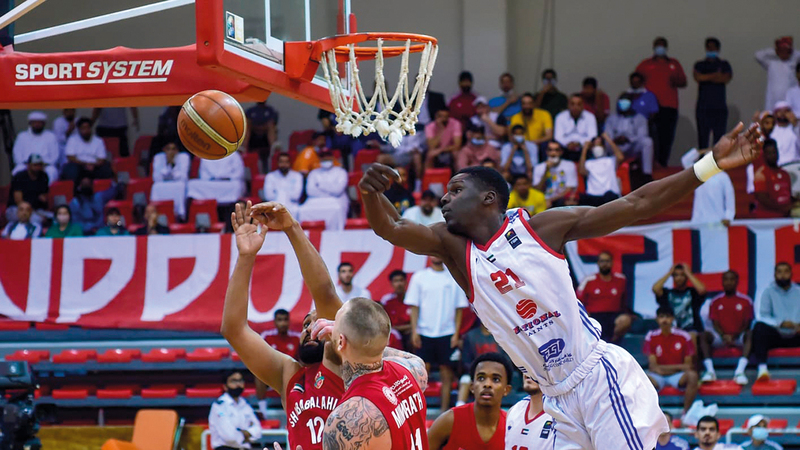 Athletes: Proper planning and “support” led the youth of Al-Ahly and Sharjah to dominate the hand and basketball titles

Athletes confirmed that the continuous control in the past five years for the Al-Sharjah and Shabab Al-Ahly teams over the hand and basketball championships is due to clear strategic plans and proper planning, as well as the great support and attention provided by the management of the two clubs for team games, which led them to achieve 33 out of 39 championships since 2017. He said The athletes told "Emirates Today", that the two clubs benefited from the great care of their administration compared to the rest of the other clubs in preserving the gains and providing means of support for the team sports teams, which bore fruit and resulted in almost complete control of the two clubs over the various hand and basketball tournaments, especially at the level of men's teams. And out of 33 championships won by the two clubs, including 20 hand titles and the “King” basket (16 hand titles and four basketball), and 13 “Dubai Knights” championships (eight in basketball and five in handball).

They explained that only six championships have left the accounts of Sharjah and Al-Ahly youth in the two games over the past five years, reflecting the extent of interest and support given by the two clubs’ administrations to team games, including contracting with elite foreign professionals and coaches, which complements the abundance in quantity and type in terms of human supply. Citizen players.

And they added: "The rest of the men's club clubs over the past five seasons were limited to winning a single title in handball, compared to five titles in basketball that went outside the accounts of Sharjah and Al-Ahly youth, distributed between four for Al-Nasr Club, and a title for Al-Wasl."

The dean of basketball players, the former star in Al-Ahly youth, and the current captain of the Al-Bataeh team, Jassem Abdel-Reda, said that “the pressure of the clubs presented to cancel the 30-year-old law that was adopted in the previous general assembly, and to allow players over this age to move to clubs Another, was behind the continued availability of quantity and type of basketball players among the youth of Al-Ahly and Sharjah, which was reflected in their repetition of the scene by reaching the final, and their exchange significantly over the titles of men’s competitions, which, of course, was integrated with the support of the boards of directors of the two clubs in contracts with high-level technical devices capable of Employing this quantity towards achieving the desired results.”

The sports analyst and former coach of handball locally and abroad, Dr. Mohamed Abdel Razek, confirmed that the support given by the Al Ahly and Sharjah youth boards, which are classified among the hard-working clubs, compared to the rest of the state clubs, was behind high-level contracts for their teams, both in terms of technical equipment from the finest coaches. , or at the level of foreign professionals.

Abdel Razek said: "The Spanish Barcelona was keen last year to contract with the Egyptian hand professional Ali Al-Zein in Sharjah, which reflects the extent of the interest that the Sharjah administration pays in its contracts with the best Arab and foreign professionals, and makes the "king" besides owning the finest national elements and behind them are coaches They are the elite at the regional level, dominating the game’s titles, not only in the men’s team, but in all stages, after the “King’s Hand” crowned the full mark for the 2021-2022 season and won 11 championships from men to buds.

He added, "The same applies to Al-Ahly's youth basket, which benefited from the support, proper planning and attention available for team games, which contributed to providing the human supply, and this was integrated with contracts with professionals and coaches who are the best in the region, and one of its fruits was finally winning the treble of the current season for men." .

The future of the Sharjah basket

The coach of Sharjah Basketball Juniors, Syrian Hammam Karkoli, who was crowned with his team earlier this month in the Junior Cup, said that "the great support provided by the Sharjah Sports Council contributed not only to Sharjah's ability to compete in basketball titles at all age levels, but also to provide human resources. In terms of quantity and quality at the level of the emirate as well, through the addition of new clubs that have large bases at the level of the age groups.”

He explained: "A quick look at Al-Bataeh Club, which succeeded in including many Sharjah players, we find that Al-Bataeh has been a difficult number in the men's competition season since its first season, and the current period, with the support of the Sharjah Sports Council, is witnessing an increase in the number of Sharjah basketball clubs, which focus Significantly in the age-stage sector, which will make it in the coming period turn into clubs competing for the titles of the game in the higher categories, in the same image of what the current season witnessed, crowning Khorfakkan with the Cubs Cup at the end of the basketball season, after its victory in the final match over the Sharjah Cubs.

The handball player in Sharjah Club Ahmed Hilal, who was crowned with the "King" historically with 24 championships, indicated that the existence of a clear strategy by the successive boards of directors in Sharjah and Al-Ahly youth, and the provision of means of support, was behind the two teams' ability to repeat the scene in reaching the final matches of men's competitions, And they exchanged dominance over the past five years for 21 championship titles, with 16 for Sharjah and five for Al-Ahly youth.

He said, "The two clubs also succeeded in contracting with the elite national elements, to support the sector of the age groups, especially from Sharjah, who wrote in the 2021-2022 season an unprecedented achievement in the history of the game by dominating all the championships of the age stages."

He concluded: "The failure of the rest of the clubs to fulfill their obligations to support team games in general and the hand in particular, makes the local league, despite the dominance of Sharjah and Al-Ahly youth over titles, weak compared to neighboring countries, which unfortunately is reflected on the national teams."

Only six championships in handball and basketball were left out of the accounts of Sharjah and Al-Ahly youth over the past five years.