“I was afraid to fall into a hole”: Trusova on her debut in athletics, support for Kondratyuk and the new ISU rules

Figure skater Alexandra Trusova took part in the junior long jump competition as part of the Athletics Week in Moscow. The athlete was satisfied with her debut, but did not attach much importance to the result shown. The silver medalist of the Beijing Games said that she was not afraid to get injured in the sector, shared her impressions of working with coach Evgeny Ter-Ovanesov, and also commented on the decision of the International Skating Union (ISU) to raise the age limit in figure skating. 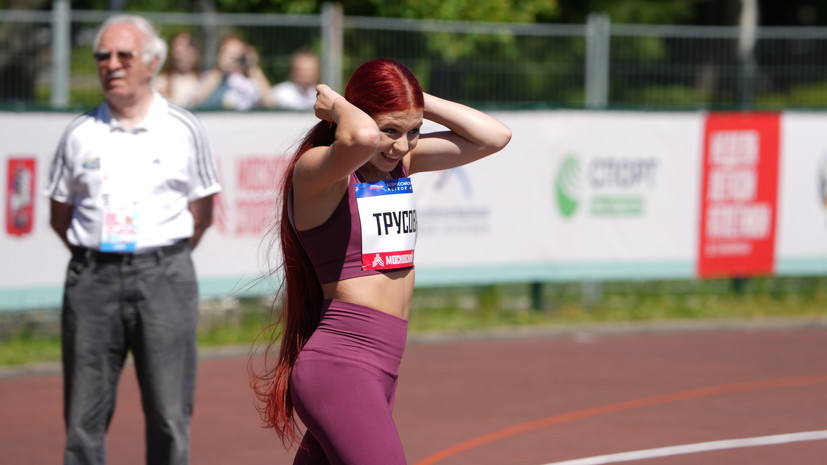 — Sasha, tell us how did you get the idea to take part in athletics competitions?

— I now try everything different and new for myself.

I am glad that I was invited to this tournament and I was able to test myself in the long jump.

I really liked it here, the stadium has a nice atmosphere.

The girls are sympathetic, they received me well, wished me good luck.

They even said, they say, you go out the latest, the coolest.

And I don’t know how to jump at all, I have never performed in my life.

So it was very nice to hear their words of support.

How did you prepare for your debut?

Maybe you studied on YouTube how other athletes jump?

No, I haven't looked at anything.

I was told that they would train me here, so I went with this calculation: I will have a training session and after that I will perform.

I didn’t know how to jump, run, push at all.

He explained a lot.

I am pleased that in each attempt I managed to jump better and better.

I'm glad that I did everything according to the rules, without spades.

True, I was afraid to fall into the pit, because there is sand

He immediately fell asleep in my sneakers, and it was very unusual, this does not happen with us, as you understand.

- How did you manage not to make spades?

Do many athletes practice this skill for years?

They showed me what to do, I tried several times.

At the beginning, I interceded twice, but at the competitions themselves it turned out the way it should.

- Did you expect any specific result?

- To be honest, I didn’t even know how much everyone else was jumping, so I tried to just jump as far as possible.

— What are the nearest plans?

- In general, our group is now having training camps, but for now I skip them, as I participate in the show.

But in general I'm getting ready for the season, I'm training.

You will see everything.

- ISU raised the age limit for participation in adult competitions, how do you feel about this?

- I always compete only with myself, and changes in the rules do not concern me.

I will speak on those that will be approved.

- In what other sports can we see you?

— I actually play hockey with my family.

I have two brothers, and sometimes my dad and I go out on the ice.

I tried boxing when I trained with Evgeny Viktorovich Plushenko.

With a pole it would be cool, but I'm afraid to fall out of there.

How did he react to this undertaking?

He always supports me.

- Your teammates didn't want to join you?

They would arrange competitions among figure skaters.

No, no one wanted to participate.

But everyone asked a lot of questions, because this was unusual news.

Although I don't see anything special about it.

- How did the coaches react to your decision?

- I was in training at the training camp twice, but we did not talk about this topic.

They know that I came here.

Probably, we can say that they did not react at all.

Wasn't it scary to get injured at non-core competitions?

“I never fear getting hurt.

The Olympic season is over and I want to try new things regardless of the consequences.