He played a match against cancer for two and a half years. Now - less than a year after the last medication - the table tennis talent David Andersson has played doubles at the Swedish Championships together with his best friend and new world star Truls Möregårdh. 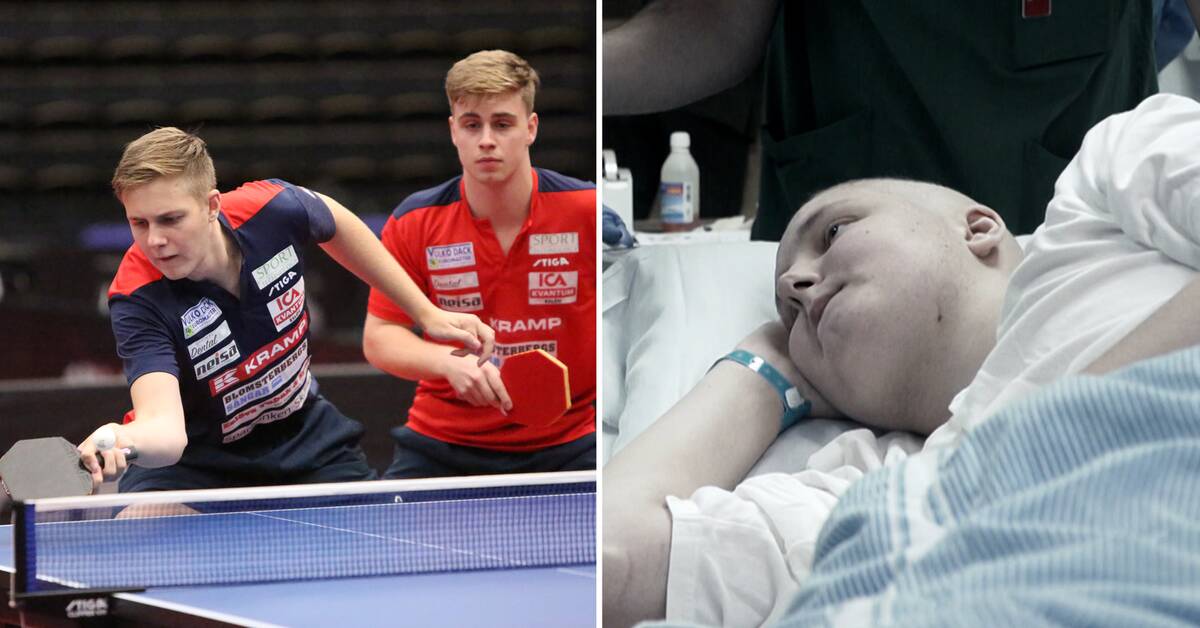 This story about David Andersson's toughest match, the one for life, begins three years ago.

Just when he was selected for the junior national team for the first time.

On his way to Finland with his newly picked blue and yellow competition suit, he gets the call that changes everything.

He will have to step down immediately, and instead go immediately to Lund Hospital and begin his treatment for leukemia.

But a few months after SVT Sport's first meeting with then seventeen-year-old David, he is forced to discontinue chemotherapy.

The side effect of pancreatitis is considered more dangerous, and David is in hospital for five months.

And here the story of David risks ending.

- Then it was the absolute worst.

You usually only get inflamed in one part of the pancreas, but David did it in all three parts, says David's father Peter.

But then came a turnaround.

- It feels unreal, it came one morning and one evening and so it always got a little better.

On June 7, 2021, David will end his medication and a two and a half year long chemotherapy treatment is over.

He can cautiously approach the elite athlete he was, he who won one of Sweden's biggest competitions and he who won Swedish Championship gold in doubles for juniors with new world star Truls Möregårdh.

David's best friend who at our first meeting with David is at his first individual World Cup.

- One day, I hope that it is you and I who stand here and play together, says Truls in the video conversation with David.

"Gain in itself to get a chance to play again"

The journey back takes off faster than expected.

A few months after the last chemotherapy treatment, David calls Truls one evening, they are registering for the local district championships.

Directly without sleep from a world competition in Slovenia, Truls goes to the hall.

And there they win the double class, and thanks to the victory take a place at the Swedish Championships.

- It is a win in itself that we can get a chance to play again, it was something I doubted many times if I could do again, says David.

- It was fantastic fun to see how much David wanted to win, and how fun it was that he played table tennis, says Truls.

The Swedish Championships in Karlskrona are postponed until June due to the pandemic.

And three and a half years after he was forced to cancel the trip to a junior national team assignment, undergo cancer treatment, David will now play a Swedish championship.

David and Truls win the first match and the second match.

But the biggest benefit for David is that he got here and there.

And see the whole other report in the player below.

David Andersson underwent chemotherapy for leukemia for two and a half years, and is now on his way back to everyday life as an elite athlete.

And this weekend he played doubles with his best friend and new world star Truls Möregårdh at the Swedish Championships.