Did not admit mistake: coach Voronkov was disqualified for two years for racist insult of a volleyball player

Lokomotiv coach Andrei Voronkov has been suspended for two years for racist insulting Cuban Uralochka-NTMK volleyball player Ailama Montalvo during the final match of the Russian championship. Such a tough decision in the executive committee of the All-Russian Volleyball Federation was explained by the fact that the specialist refused to apologize to the athlete. After the verdict was passed, he himself addressed the public through the media and stressed that he did not want to offend anyone, and his words were interpreted incorrectly. According to the former coach of the Russian national team Yuri Marichev, a colleague should have admitted his mistake and then the attitude towards him would have been different. 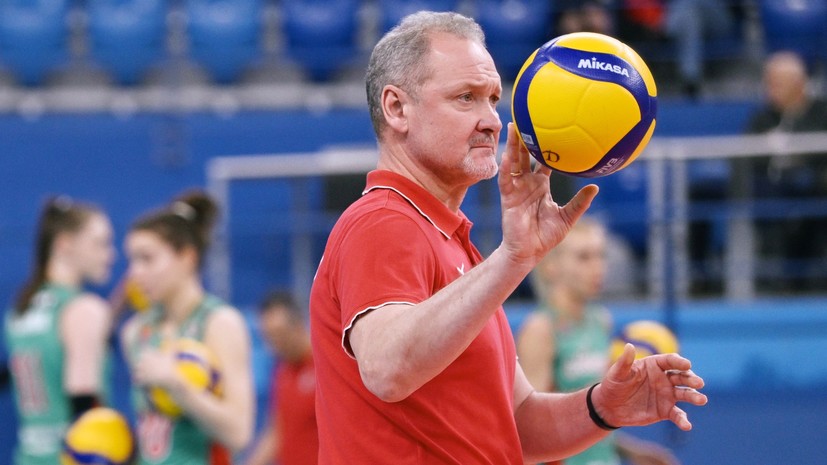 On the eve of the racist scandal involving the famous coach Andrey Voronkov, an end was put.

The executive committee of the All-Russian Volleyball Federation approved the proposal of the disciplinary commission to disqualify the specialist for two years.

As the members of the executive committee emphasized, the decision was taken unanimously.

According to the head of the VFV, Stanislav Shevchenko, Voronkov did not try to contact the organization and explain his behavior.

Even the coach's public apology will not affect the verdict.

In turn, the Secretary General of the WFV, Alexander Yaremenko, explained that the federation has no right to prohibit the mentor from training, but within the specified period he will not take part in any competitions under its auspices.

The specialist also has the opportunity to work abroad.

“The suspension only applies to VFV events ... He cannot take athletes to the site, but he has the opportunity to appeal the decision in the federation’s arbitration within ten days,” Yaremenko said in a comment to TASS.

Recall that the coach of Lokomotiv during the final match of the national championship with Uralochka-NTMK called the dark-skinned Cuban player of rivals Ailama Montalvo a “monkey”.

The situation was aggravated by the principled refusal to apologize.

Only after the harsh verdict of the VFV, Voronkov, finally, for the first time publicly commented on the scandal that had erupted.

He explained his silence by his unwillingness to "add fuel to the fire."

At the same time, the coach stressed that he did not want to offend Montalvo.

“I regret that my phrase, uttered in a personal conversation with a player of our team at a very difficult moment, when the nerves were at maximum tension, and emotions were literally going wild, was taken as an insult and a demonstration of disrespect.

I had no intentions to offend any of the opposing volleyball players, ”regnum quotes the mentor.

He also recalled that in the course of his career he worked a lot with athletes from different countries and he never had problems in relationships with them.

“Once again, I note that I did not want to offend or offend anyone.

I hope that in the near future the situation will finally clear up, and we will all be able to focus exclusively on our favorite game - volleyball, ”Voronkov added.

However, his explanation never sounded an apology to Montalvo.

This was also emphasized in Uralochka.

With words of remorse, Lokomotiv spoke for the specialist, but not himself, stressed the general director of the club, Valentin Ogienko.

“It’s just that Voronkov didn’t act like a man and spoiled himself ... The railway workers have nothing to do with what happened, except that this is their employee.

He himself should have apologized.

Voronkov just didn’t just let it go, but ignored it ... He was able to offend a person, but failed to apologize, ”the functionary said in an interview with Match TV.

The coach of the team from Yekaterinburg, the legendary coach Nikolai Karpol, only confirmed the words of the club's management.

In his opinion, it was the principled position of his colleague that caused such a tough decision by the executive committee of the WFV.

“He did not admit his mistake.

If it had been to a lesser extent, a less severe punishment would have followed.

Do I support the WWF?

The federation did the right thing.

I did not take part in the voting, although I am vice-president, since this also concerned the interests of Uralochka, ”Championat” quotes Karpol.

Montalvo herself, who left Russia after the incident, declined to comment, as the local federation forbade their athlete to give.

However, the volleyball player admitted that she would like to return back.

In the world of domestic sports, the verdict of the VFV in the case of Voronkov caused a mixed reaction.

Someone considered him unnecessarily strict, while others considered the behavior of a specialist unacceptable.

However, many agreed that the coach suffered for his integrity.

For example, this was stated in an interview with RT by the ex-mentor of the Russian women's team Yuri Marichev.

“I don’t really want to comment on this and gloat.

I can only say that if I were Voronkov, I would apologize.

It is clear that we, the coaches, are real people, and everything happens in our work.

Sometimes you break loose, a harsh word will fly out.

But, I repeat, anyone has the opportunity to apologize.

I don’t see anything shameful in this, ”the specialist emphasized.

He expressed confidence that if Voronkov had behaved differently, the federation's verdict would have been softer.

“I agree, everyone is able to swear on emotions, but at the same time you should always feel responsible for your words and actions.

It is difficult to speculate why Andrei behaved in this way and what line of defense he chose.

You need to be able to admit mistakes.

Once you have done it, declare it.

Unfortunately, he didn’t, and I don’t understand such a reaction,” Marichev added.

Perhaps the toughest was the well-known journalist Dmitry Guberniev, who called the offending specialist a racist, misogynist and boor.

I apologized and nothing happened.

It is known that in Russia there are two troubles - fools and roads, let him swallow dust in the asphalt of the Kaliningrad region for these two years, ”the commentator wrote on the Telegram channel.

In turn, the former volleyball player of the Russian national team Sergei Spiridonov considered the punishment too harsh.

However, in his opinion, the VFV had no other choice, since the whole country was discussing what had happened.

“I think he will be able to work, but he will not take part in official matches and be present on the bench ... I don’t know how the Lokomotiv management will look at this,” Sport-Express quotes the sportsman.

He did not insult her and did not intend to directly.

There were inappropriately spoken words that the press heard.

This is a signal that we live in a completely new reality.