The former Egyptian Al-Ahly player, Hisham Hanafi, revealed that the management of the Red Castle was negotiating coaches from Spain and Germany to take over the coaching of the first football team, to succeed South African Pitso Mosimane, who was close to leaving his club after losing the African Champions League title against the tempting Wydad. 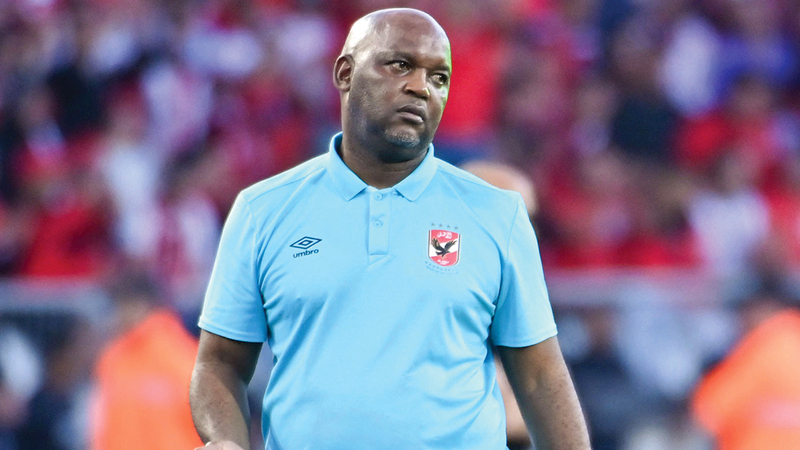 Egyptian anger against the coach after losing the African title

The former Egyptian Al-Ahly player, Hisham Hanafi, revealed that the management of the Red Castle negotiated coaches from Spain and Germany to take over the training of the first football team, to succeed South African Pitso Mosimane, who was close to leaving his club after losing the African Champions League title against Moroccan Wydad with two goals without a response. , the day before yesterday.

Hanafi said in televised statements that "Al-Ahly's administration began negotiating with a new coach in anticipation of losing the African Champions League, and what I know is that negotiations with some coaches have reached advanced stages, including strong names worthy of the name and history of Al-Ahly club."

A state of anger swept the supporters of the Red Castle because of the technical mistakes made by the South African coach during the Wydad match, both with regard to the way of playing and the lineup with which he started the confrontation.

Former stars from Al-Ahly and Zamalek also accused the Confederation of African Football of deliberately complimenting Wydad by holding the final match on Moroccan soil, which gave preference to the opposing team.

And the studios of Egyptian satellite stations talked about Al-Ahly’s loss of the tenth African title and the reasons that led to the modest appearance of the owners of the red dress, after they were the strongest candidate to win the title.

The star of Zamalek and the former national team, Ahmed Hossam “Mido”, said through the “Remontada” program, which he presents on Al-Mehwar channel, that Wydad won the match before it started, accusing a member of the Executive Office of the African Union, President of the Moroccan Federation, Fawzi Lakja, of having succeeded in Exporting problems to the Al-Ahly administration, by obtaining the approval of “K” to hold the African final in Casablanca, to remove Al-Ahly officials and players from their focus throughout the period leading up to the match.

He added, "I think that the Moroccans won the match before it started because Al-Ahly with its entire system became preoccupied with matters outside the stadium that undoubtedly affected the players and the technical staff."

And the former Al-Ahly player, Mohamed Naji Gedo, said that Al-Ahly’s performance in the Wydad match was an extension of a series of weak performances for the club under the leadership of Musimani, who did not improve the handling of the match management and kept stars who have weight in the team on the bench.

The former Al-Ahly player, Wael Riyad, stressed that the sudden changes in Al-Ahly’s way of playing in which the match started is the reason for the decline in Al-Ahly’s level, pointing out that Musimani relied on the 4-3-3 method and that method made Al-Ahly appear distinctly at the beginning of the season. Against Ismaily and Zamalek, the team scored many goals.