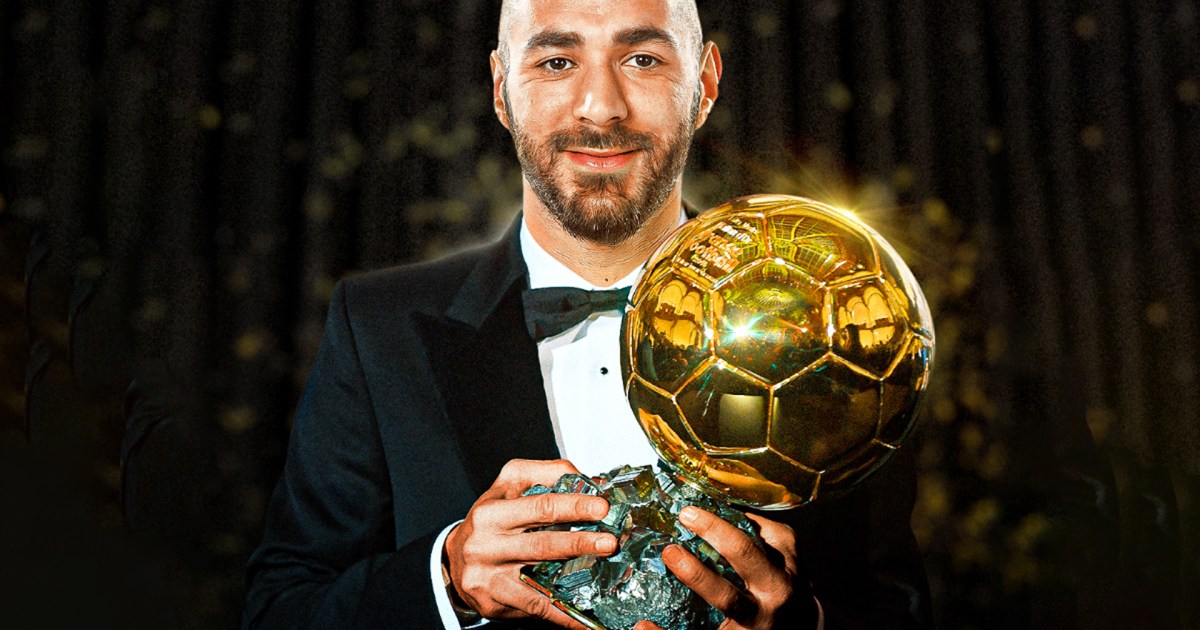 Benzema presented his best season in 13 years with Real Madrid, as he scored 44 goals and assisted 15 goals in all competitions to lead the team to crown the League and Champions League titles.

The 34-year-old topped the list of top scorers in both tournaments, and scored a hat-trick against both Paris Saint-Germain and Chelsea in the knockout stages.

"Without any doubt, Benzema had an amazing season and ended it by winning the Champions League," Paris Saint-Germain striker Messi told Argentine television.

"He played a decisive role in all the matches, starting from the round of 16. I think there are no doubts this year."

The Ballon d'Or gala for the best player will be held on October 17, with the list of nominees announced on August 12.

The prize will be awarded for the period from August to July instead of the Gregorian year.

Real Madrid strengthened its record after winning its 14th European Cup after beating Liverpool 1-0 on Saturday.

✨ Final recap, what a final!

Benzema scored a hat-trick in a 3-2 victory over Paris Saint-Germain in the aggregate score in the round of 16, depriving the French team of crowning the title for the first time in its history.

The 7-time Ballon d'Or winner Messi said, "The Real Madrid match broke us, broke me and broke all the team members. We had high hopes, but it makes me want to win the title" next time.

He added, "The best team does not win the Champions League. I do not want to underestimate Real Madrid, but it was not the best in the tournament, and yet it beat everyone."