The triumph of antigalactic Real Madrid

The same Florentino Pérez who left the Madrid he had created because he could not dominate the galácticos, paternally embraced the champions on the grass of Saint... 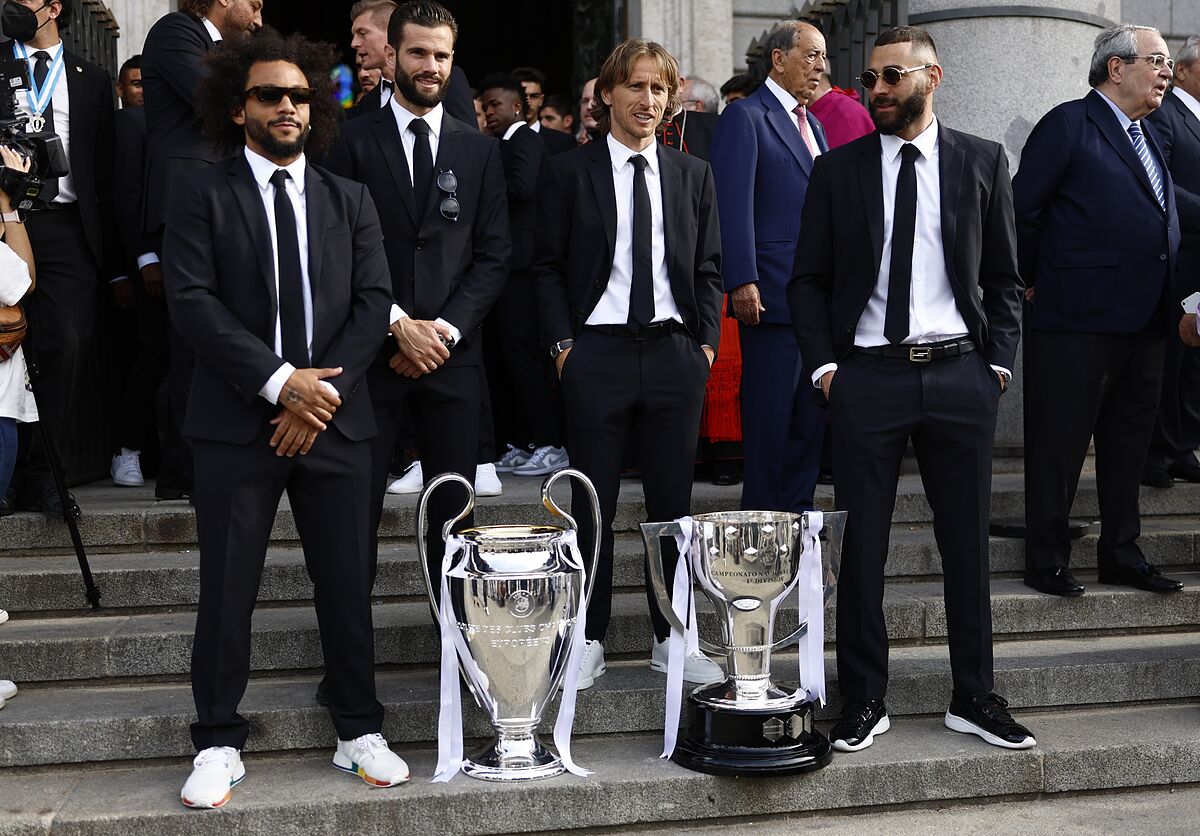 who left the Madrid he had created because he could not dominate the galácticos, paternally embraced the champions on the grass of Saint Denis.

They all won the Champions League, but Madrid from the Decimocuarta is the one that does it with less ego, after reaching the summit in Europe without Cristiano and with their two large investments and main salaries,

, out of the field and out of focus.

Florentino says of his players that they are "very professional and Real Madrid fans."

The first is enough, because professionalism implies commitment, although it is true that cohabitation has generated an unusual adherence.

: «I have spent my whole life in changing rooms and I have managed many teams, but this is probably the one that has been easier for me because of the collaboration of the players».

THE EMOTIONAL INTELLIGENCE OF ANCELOTTI

The management of the Italian, a self-taught emotional intelligence, is no stranger.

It is a team from which

, whose desire was to continue, says goodbye without reproaches, something unusual in Spanish football, in general, and in Madrid, in particular.

A team in which young people have grown, the alternative bet of the president to the operations in which the club-states now rule, and which had two great protagonists in the final:

has been key on the way to the title and

lets himself be seen while he follows

to achieve a seamless integration.

Benzema's transformation in his maturity has been essential to make him the leader of the goal and the game, and a benchmark for his commitment and behavior.

Marginalized by his selection for years as a result of the 'Valbuena case', Madrid went from being his club to his emotional habitat.

His balance is also influenced by his new life in Madrid, with his old partner and his children.

there are no known extemporaneous manifestations.

They arrive, greet, play and win most of the time.

They do not generate animosities that cross the threshold of rivalries.

It is essential for the stability of a team.

The three together cost 10 million less than what Madrid paid for Bale or Hazard.

The performance is unmatched.

THE SALARY OF THE "GOLFER"

Despite the fact that Ancelotti will never say it, nor did

, both were fed up with the lack of professionalism of the Welshman, a fact that can contaminate the coexistence of a locker room, especially when the rest feel that they offer much more on the field for less salary.

Instead, this group isolated him, not letting that toxicity contaminate him.

They called him the "golfer."

In his second stage, the coach has not had to listen to the president ask him why Bale did not play.

The sense of justice is also fundamental.

Ancelotti has lived with

He has a master's degree in presidentialism and knows, as he admits in one of his books, that there are commercial servitudes for the coach.

This time he has not folded.

Hazard made it easy for him.

have been ahead of Madrid's latest strategic signing, with many injuries.

That failure is what, today, recommends caution when it comes to going out on the market after

It is difficult for the variables that have allowed the Champions League champion to consolidate Florentino to rule out the signing of great icons.

Madrid has always counted on them and the business model of the club, one of the main brands in the football industry, needs them.

The opening of a futuristic Bernabéu, next season, also calls for it.

The difference is the risks and the rush.

Neither are there too many options, beyond Mbappé and

, already placed, nor does the president believe that he should enter the auctions where club-states bid compulsively.

The time has changed.

The Fourteenth is the sixth of the leader, as many as

Curiously, also his sixth, that of Madrid ye-yé, in 1966, came with a team that had lost most of the stars of his great era, except for Gento.

It was the first European Cup after

, just as it was the first Champions League in Paris after Cristiano.

In Brussels a Madrid played with a Spanish eleven and in Paris another did so with only one Spaniard among the starters,

All, however, left their ego in the locker room.