Global reactions varied after Real Madrid won its 14th Champions League title, after beating Liverpool 1-0, on Saturday evening, at the "De France" stadium in Paris, but they all congratulated the royal. 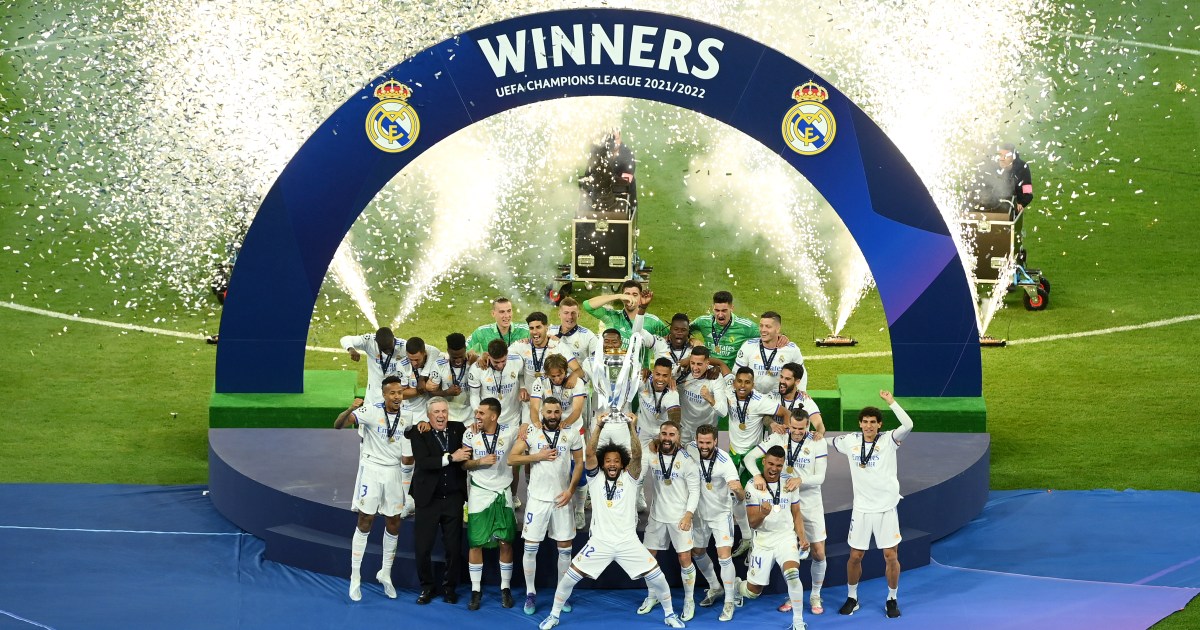 Global reactions varied after Real Madrid crowned its 14th Champions League title, after beating Liverpool 1-0, yesterday evening, Saturday, at the "De France" stadium in Paris, but they all congratulated the royal.

The headlines of the Spanish newspapers focused on the state of brilliance witnessed by Belgian goalkeeper Theo Courtois, yesterday, Saturday, as he countered several attempts to score by Liverpool star Mohamed Salah and his companions.

📹 "The best goalkeeper in the world!"

😉 Who agrees with the government?

The Catalan newspapers, "Mundo Deportivo" and "Sport", titled in their issues issued this morning, "Courtois Champions League", putting his picture in the amazing response against "Egyptian King" Salah, along with his picture of the cup.

🗣️ "To be honest I can't really believe the save I made from Salah."

While the newspapers "AS" and "Marca" - affiliated with Real Madrid - focused on the fourteenth coronation of the royal, describing that version as the Rimontada version, due to the team's repeated return in the playoffs.

In Italy, the newspapers "La Gazzetta dello Sport" and "Corriere dello Sport" praised the Italian coach Carlo Ancelotti, who won the title for the fourth time out of the 5 finals he reached.

As for the football stars, it was not much different, as former player Michael Owen said in a tweet to him, "I thought Liverpool would have a lot tonight. They didn't make many mistakes, but all congratulations go to Real Madrid, it's a club that simply won." On the big occasion.

Well, I thought @LFC would have too much tonight.

They didn't do much wrong but all credit to @realmadrid It's a club that simply wins on the big occasion.

Former England player Gary Lineker said - in another tweet - "Congratulations to Real Madrid, who have defied the odds over and over again this season to win the Champions League. Great personality, winning mentality, skillful manager... and a really great goalkeeper. He played with distinction."

Congratulations to Real Madrid who have repeatedly defined the odds this season to win the Champions League.

Great character, a winning mentality and a canny manager…oh, and a truly great goalkeeper.

As for Iker Casillas, the legendary goalkeeper of Real Madrid, he posted two tweets: the first praised Courtois' brilliance, and the second congratulated Real Madrid on the title of European Champions.

On the other hand, former Liverpool star Jimmy Carragher described last night as difficult, and described the riots that preceded the match as shocking.

Tough one to take last night but credit to Real Madrid, their name was on the cup after the CL run they've been on.

@LFC have lost 4/63 this season so you can't really ask for much more than that.

Friends & family tear gassed on the way out, shocking set up @UEFA