The sprint relay in the World Cup in orienteering in Borås was a battle between two Swedish teams. The favorite tipped first team was defeated by the second team after Lina Strand pulled away significantly on the first leg. - It is always the goal as a second team, to beat the first team, says Martin Regborn in the second team. 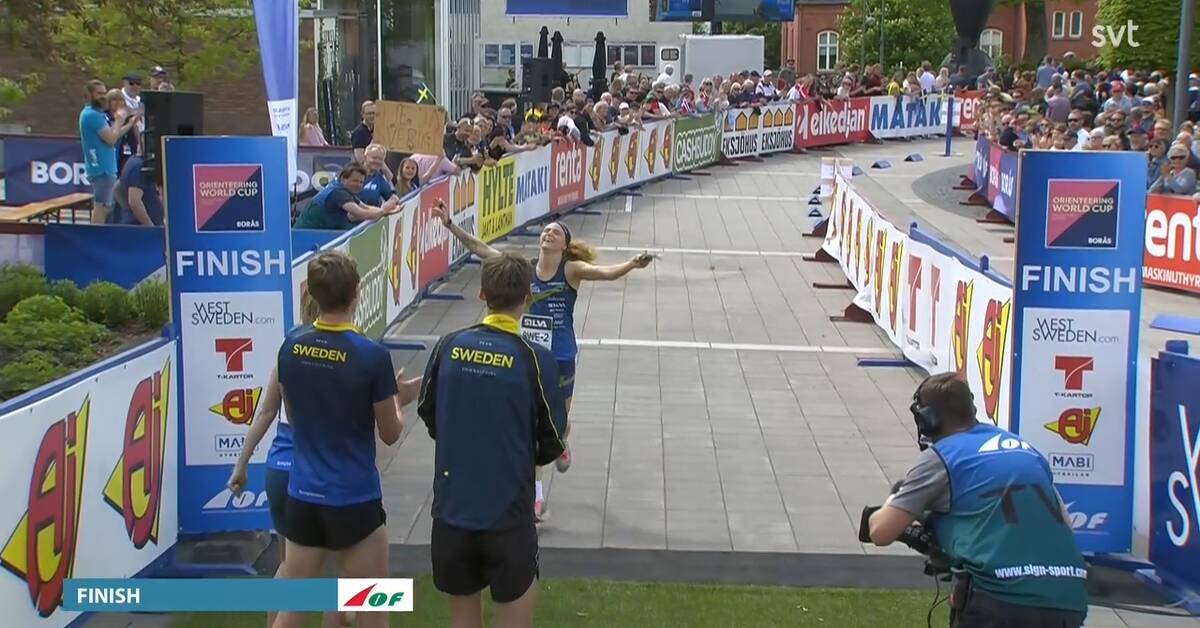 The strongest on the first leg was Swedish Lina Stand, in Sweden's second team.

Hanna Lundberg started for the Swedish first team for the first time, and the 19-year-old was third after the initial distance after taking a longer route than Strand after the ninth check.

- It felt good to be there first and get the command, says Lina Strand after finishing.

"The situation you dream of"

She handed over to Martin Regborn, who managed to hold the lead and hand it over by a margin of 16 seconds to second, to Emil Svensk.

- This is the situation you dream of, to be able to take the lead.

Then it's just driving, says Regborn.

When he handed over to Gustav Bergman, it was second, behind the second team.

Bergman was close to catching up, but lost during the second half of the race and was almost a minute behind the leading Swede at the finish line.

Alexandersson did not catch up

Karolin Ohlsson thus had a fantastic starting position on the last leg.

But Ohlsson withstood the pressure and was able to finish as an unthreatened winner.

Alexandersson then lost second place to Roos and finished third.