The tears of Thibaut Courtois, defeated in Lisbon, hero in Paris

Thibaut Courtois said in the preview that he was now "on the good side of history". On that good side there is a generation of fans who were born with the goal of... 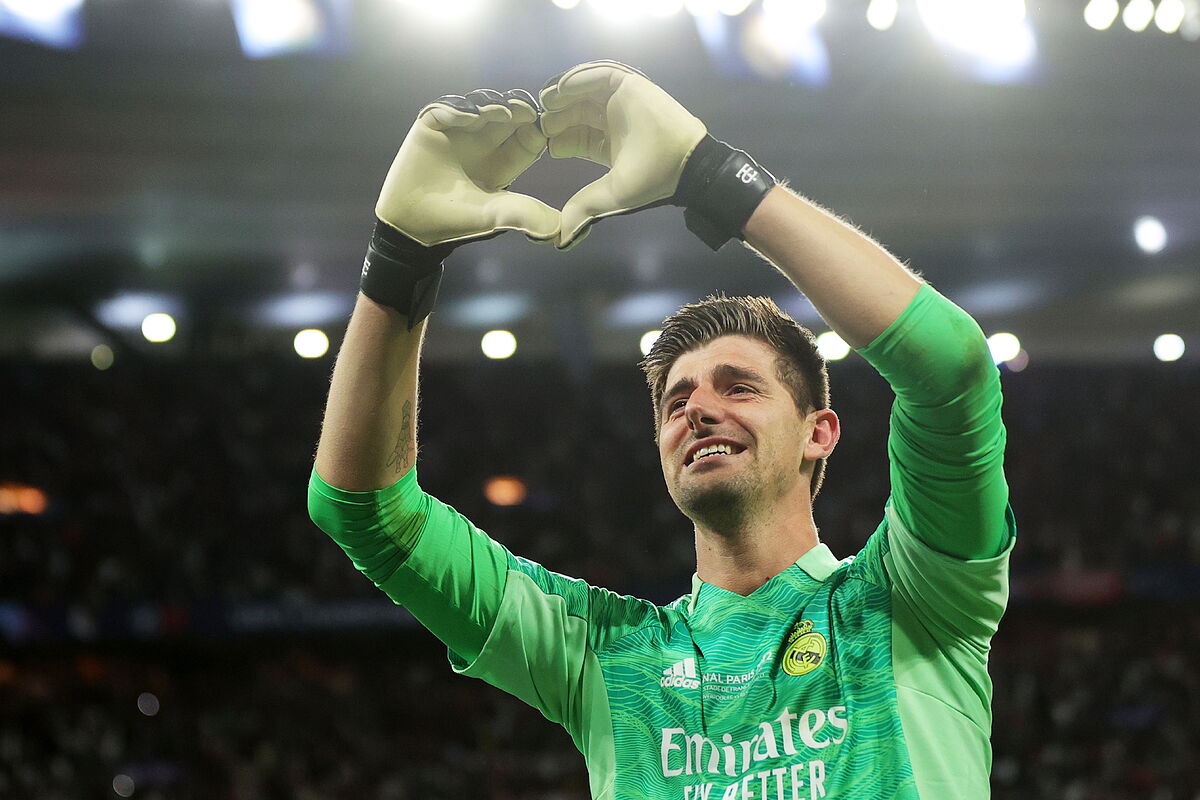 Thibaut Courtois said in the preview that he was now "on the good side of history".

's goal in the Seventh, grew up with the Eighth and the Ninth, vibrated as teenagers with the three consecutive orejonas and now, 24 years after Amsterdam, they have conquered Paris together to the Belgian, defeated as rojiblanco in Lisbon, hero in the French capital.

, Liverpool's top stars, and watched from the goal as his team reacted in the same section as in all the qualifiers of this Champions.

Asleep and overwhelmed in the first half, the white team woke up when it was close to match time: the 'Madrid moment'.

The moment that has changed the history of this team in this European Cup.

A ride from Fede Valverde, a low cross shot from the Uruguayan, between a shot and a cross, a touch from

's net while Alexander-Arnold realized that the Brazilian was behind.

Ancelotti's team no longer needed, who let themselves be hugged by his son

in the technical area, hands in his pockets and a serious gesture, while Vinicius kissed the shield over and over again.

The footballer with the highest market value of all those who were on the pitch showed that the future will be written with his name.

He scored his fourth goal in this Champions League, the 22nd of an overwhelming season in a match that made the European Cup great, as requested by the Spanish and English fans who had crowded at the foot of the Eiffel Tower, on the banks of the Seine, in the Trocadero gardens, throughout the morning of Saturday.

The glory was to the north, in the direction of the Porte de Saint-Denis,

through which the crowned kings entered the Gallic capital in the Cathedral of Reims.

500 meters from the monument, the rectangle where the paths of Liverpool and Real Madrid met.

The glory of Kroos and Modric

And glory was crying out for Courtois.

During the break, the Belgian discussed with Carvajal the key plays of an agonizing first half.

The side, resentful and impotent, nodded.

Next to him, Valverde looked at the ground reflecting on his night.

Behind, Vinicius chatted with Benzema.

Belgian, Uruguayan and Brazilian were the protagonists of the second 45 minutes.

Vinicius scored the goal, Valverde gave the pass and Courtois continued to dress as a hero.

A stretched shot by

, a calf against the Egyptian's touch near the area, some fists against a dead ball that Jota was looking for... The survival of Madrid, who got ahead on the scoreboard plunged even more into the drama of subsistence It was the doorman's.

And it is that in Madrid everything is experienced as a constant last time.

He didn't care that she was the fifth of his backbone and the first of his brilliant generation of young men.

The glory is the same.

And the glory, in Paris, was Courtois, who cried inconsolably on the fence while he looked towards the stands looking for his family.

The glory went to Kroos and Modric, lying on the grass of his legacy.

And the glory went to Vinicius, in tears for a goal that goes down in Madrid's history.

That's how he won in Paris.