The Golden Ball ? Benzema does not see how to "do better" in club after the victory in C1

With a final victory in the Champions League with Real Madrid and a status as the competition's top scorer, Karim Benzema has taken a serious option on the next Ballon d'Or. 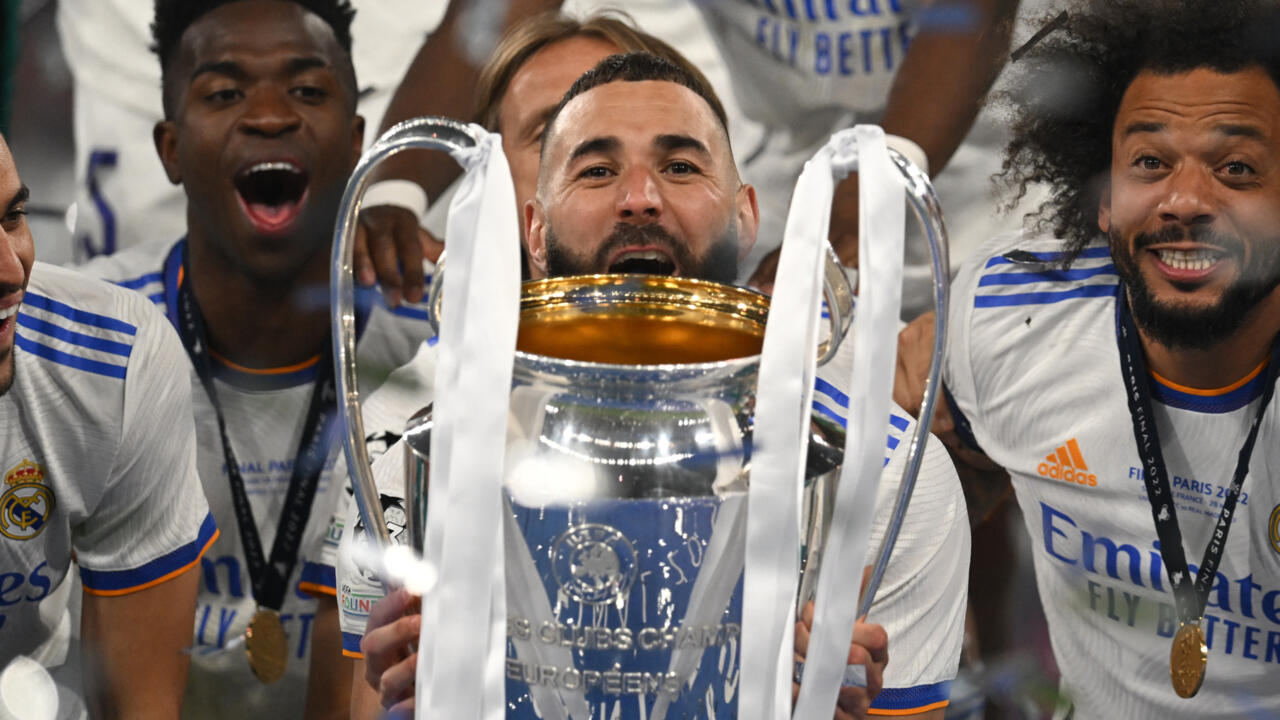 In the fight for the Ballon d'Or, Real Madrid centre-forward Karim Benzema may have taken a decisive advantage by winning the Champions League on Saturday May 28 with Real Madrid.

Top scorer in the Champions League edition, he felt that in club he could "not do better" in the race for the most prestigious individual trophy in football.

Is the Ballon d'Or in the back of his mind?

"Obviously", replied the striker, questioned after the final on Canal +.

"Now I'm going to go to the national team, but I think that at club I can't do better. We'll see what happens, in any case I'm proud of what I've achieved".

“I think there is no discussion”

For his trainer, Carlo Ancelotti, the identity of the next winner is in no doubt:

"I think there is no discussion" declared the Merengue coach, at the microphone of Canal +.

"It's excellence, it's Karim, of course. (...) Me, I'm all for it being a French player (who has it, editor's note). Because of what he does with his club throughout the year, and with us also in the France team, yes, he deserves it", assured the French coach, Didier Deschamps, in an interview with beIN Sports, Sunday.

The next Ballon d'Or will be awarded in Paris on October 17, before the World Cup in Qatar.