Klopp's incredulity for a new pitch and his relief with Thiago: "We see him well enough to play"

Jürgen Klopp did not get out of his astonishment with the occurrence, but the truth is that during the last 48 hours, 24 refrigerated trucks from Barcelona, ​​moved up to... 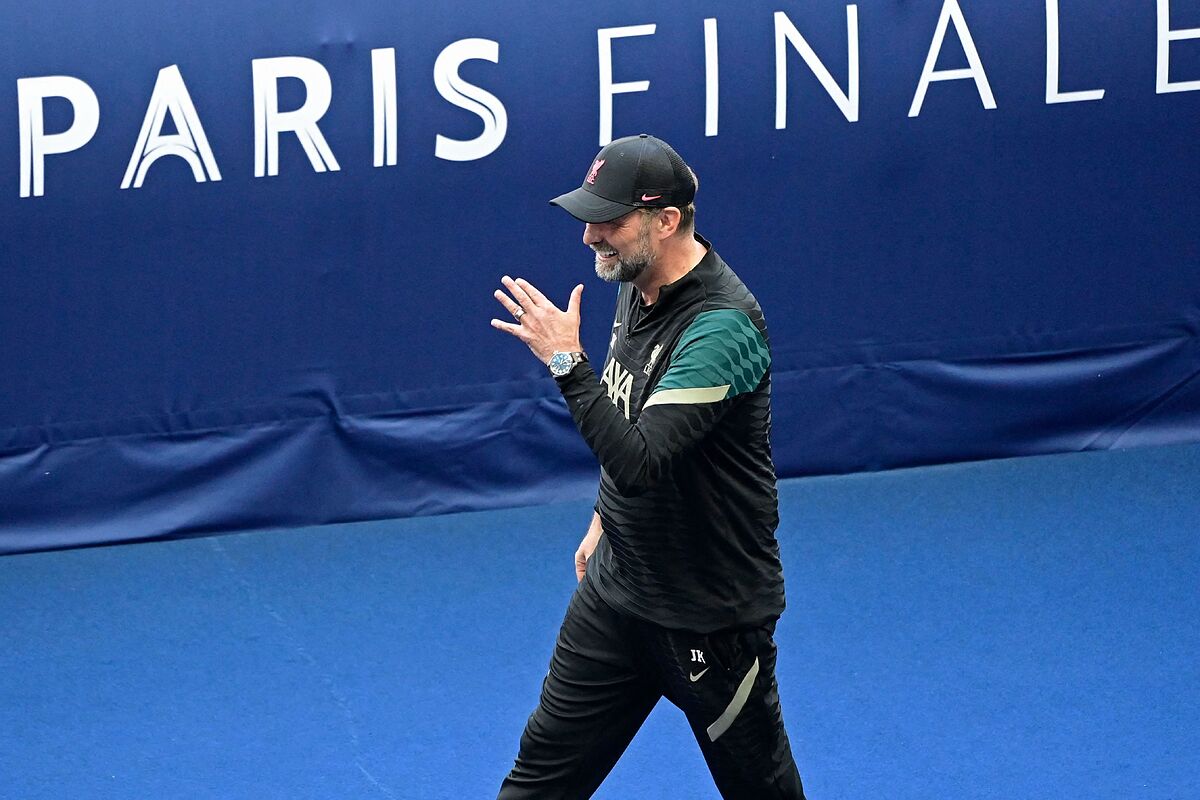 did not get out of his astonishment

with the occurrence, but the truth is that during the last 48 hours, 24 refrigerated trucks from Barcelona, ​​moved to the Stade de France the grass turf on which the Champions League final will be played tomorrow .

"Somebody must have thought that it was a good idea," the Liverpool coach commented with some irony.

"I'm just telling you that this is not going to change my mood one iota. We would be willing to play on any surface," he added.

Of course, the initiative to renew the field at the last minute, made up of 500 pieces of 15x1.20 meters, was unprecedented for Klopp, who spoke for a moment with the referee team, led by

, to check that everything was in order .

"The ball bounces normally, so we will train as we had planned. I hope that no one makes a story about what I am complaining about, because I am not," revealed the

Klopp's presence in the packed press room, prefaced by

, aroused the usual enthusiasm of British journalists and meant a moral rearmament for Liverpool fans, pending the recovery of

"We see it well for Thiago, who already trained with the group yesterday. Fabinho also trained normally," confirmed the former Dortmund coach.

Just a few minutes later, both the Spanish international and the Brazilian midfielder took to the pitch to work out in the last session before the final.